EM1X discontinued in Japan, discounted a lot in France

Looks like the EM1X has been discontinued in Japan (just or recently). IN Europe France it sells for $1399 euros including VAT (per someone who pointed it out), so that's like < $1200 USD.

From m43rds rumors, but checked the links:

Screenshot of translation in Mac's Safari: 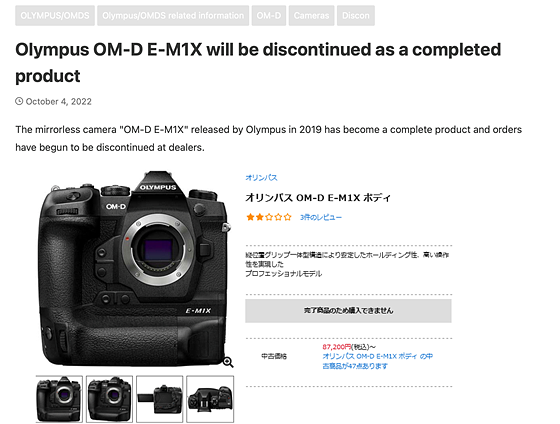 And apparently BHPhoto / Adorama discounted another $100 USD on the big discount they did a while back.

Either the successor is coming soon (not OM-5) or this line is done.

I really think it's best for the brand to focus the resources on clear smaller and pro bodies.  Apparently someone with contacts to OMDS said a successor was coming, still on check of that, well see if the only announcement is an OM-5 at the end of this month or even an EM1X mark II.

I give OMDS until end of next year to call this line gone.

Raist3d/Ricardo (Photographer, software dev.)- I photograph black cats in coal mines at night...
“The further a society drifts from truth the more it will hate those who speak it.” - Apparently Selwyn Duke and not George Orwell 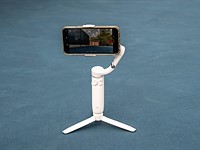