What’s the best camera for around $2000? These capable cameras should be solid and well-built, have both the speed and focus to capture fast action and offer professional-level image quality. In this buying guide we’ve rounded up all the current interchangeable lens cameras costing around $2000 and recommended the best.

Reddit user Tomcat is working on a 3D-printed modular Photorifle for modern cameras, inspired by the Soviet-era Zenit Fotosniper system. So far, he has created and put together a working pistol grip and an attachable buttstock.

Setting up your new camera is a rite of passage for all photographers. Avoid mistakes, adjust these settings first.

On Saturday, Leica Store San Francisco was robbed of nearly $180,000 in camera equipment when four thieves walked in, smashed the display cases, grabbed the gear and took off within a matter of minutes.

There are few types of photography are more demanding than wildlife, and we've picked the best cameras at three price ranges for you!

The holiday season is here and we've rounded up a collection of the best deals for photographers and videographers. This will be a living article that gets updated often, so be sure to check back to keep up with the latest offers!

In photography, half the fun is finding out what works for you. For DPReview's Chris Niccolls, the neck strap had to go and the wrist strap was here to stay.

There have been some exciting camera releases lately, but don't forget about used gear! Chris and Jordan walk you through some of their top picks.

What’s the best camera for around $1500? These midrange cameras should have capable autofocus systems, lots of direct controls and the latest sensors offering great image quality. We recommend what we think are the best options.

If you've got the funds, then why not buy something ridiculous this holiday season? DPReview writers and editors came up some ideas in case you've got some money to burn.

We've rounded up all the important accessories you might want to pick up to go alongside your fancy new camera. From memory cards to cleaning tools, we've gathered a few pieces of gear you'll probably need for your photo adventures.

Around $1000 is increasingly becoming the entry point for modern interchangeable lens cameras. We look at what you can get for your money, and which we think is best.

The world of photography and video is filled with tools and gadgets that promise to take your visuals to the next level. DPReview's Shaminder Dulai reflects on a time he listened to the tools and advanced his photojournalism.

There's only one known photo of Neil Armstrong on the moon during Apollo 11's EVA. Prints of the image are almost as rare. The auction house Bonhams will have one available as part of its upcoming Space Photography Auction, and the auctioneers expect the print to sell for up to $30,000.

FPV pilot Jay Christensen returns with a fly over and through the Florida Gators college football team as they take the field ahead of a game in Gainesville, Florida.

Every year, DJI releases a new consumer-grade smartphone gimbal. The Osmo Mobile 6 is the latest model in the series. Is it good enough to enhance your videos and photos?

Investing in a standalone webcam can be a game changer that boosts confidence and improves your connection with others when you can’t be face to face.

It's time to take a look at what Fujifilm is doing right and wrong with their cameras in 2022. Chris and Jordan have plenty of opinions!

NASA's Insight Mars lander has been operational for nearly four years on Mars, far exceeding the original one-year mission duration. However, earlier this year, NASA announced that the mission would be ending due to significant dust buildup on InSight's solar panels.

Nextorage's B1 Pro series cards can achieve read and write speeds up to 1950MB/s and 1900MB/s, respectively, and are available in capacities ranging from 165GB to 1330GB in the Japanese market.

Brendan Barry is known for his crazy DIY camera contraptions, but this floating camera obscura might just take the cake for the most interesting.

Fujifilm’s X100V APS-C compact camera was released nearly three years ago, but the company is still having to temporarily cease new orders due to having too large of a backlog to process, according to a new report.

A new Kickstarter campaign promises photographers peace of mind through a new camera body cap with a built-in slot for an Apple AirTag or other similar tracking device.

Sony's latest firmware updates for its FX3 and FX30 Cinema Line cameras are causing boot loop issues for some users, rendering their cameras useless for the time being.

Hot on the heels of new firmware for the EOS C500 Mark II and EOS C300 Mark III, Canon has announced a firmware update for its EOS C70 4K cinema camera, giving it better autofocus, new video modes, additional remote control compatibility and more via the free update next month.

Today, NASA's Artemis I rocket successfully launched, sending the Orion spacecraft toward the Moon. As part of the mission, there are 24 cameras, including 8 on Artemis I and the remaining 16 on Orion itself.

It's been nearly two decades since a camera with the Konica Minolta branding was released, but its customer service and repair center has still been up and running. Or, it was, until yesterday, when it was announced it would be shutting down.

Lighting may seem resource-intensive on the surface, but as DPReview's Jordan Drake discovered after watching a pro, great effects can be achieved without a lot of expensive equipment. Using a simple tool to remove and modify the light can make for a compelling image.

At its ongoing summit, Qualcomm has announced its new Snapdragon 8 Gen 2 Mobile Platform. The new platform is the company's fastest yet, and promises improved AI, better performance and more capable photo and video processing capabilities.

Nikon's Imaging Products Business (its business division for all cameras and lenses) has higher-than-expected revenue and operating profit throughout the first half of the company's 2023 fiscal year.

The special edition Leica Q2 Ghost is available in two variants and is inspired by the iconic Rolex ‘Ghost Bezel’ submariner watch.

Confused by the array of Fujifilm Instax cameras currently available for sale? Torn between a camera and a smartphone-friendly printer? We've got everything you need to know about the latest and greatest Instax Wide, Square and Mini gear in one place.

These CFast 2.0 cards are the fastest ever from ProGrade, but they still fall short compared to their CFexpress Type A and Type B counterparts, which are smaller and faster across the board.

Photographer Michael Shainblum shares what it took to get his incredible imagery of Iclandic volcanos, including the sacrifice his drone made to get some of the amazing shots.

Sigma has just released its very well regarded 18-50mm F2.8 DC DN for Fujifilm X-Mount. We compared it to the legendary Fujifilm 18-55mm F2.8-4 LM. Which is the better buy?

DJI has shared an immersive video of its new DJI Sky City headquarters, showing off incredible images taken both on the ground and in the air around the massive complex.

When DJI introduced its Mavic 3 Classic drone, it also released a firmware update that provides a new 'Cruise Control' feature for the whole Mavic 3 family. Here's how to get it up and running.

Yongnou’s new 35mm F2 autofocus lens for Nikon Z-mount camera systems only costs $250, but it’s limited to the Chinese market for the time being. 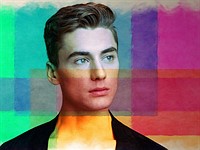 The Leitz Phone 2 is a rebranded Sharp Aquos R7 phone with Leica's signature red dot and a few Leica-specific features not found in its Sharp equivalent. Compared to its predecessor, it uses a new Type 1 (13.1 x 9.8mm) sensor 47.2MP CMOS sensor.

We had a chance to test out the new LomoChrome Turquoise film. So we’ve put together a little sample gallery and a few thoughts on Lomography’s crazy blue film stock.

The Canon R6 II is the successor to 2020's EOS R6. It's an all-rounder that is now even faster than ever, boasts smarter autofocus and is a much more capable video camera to boot. We take you hands-on to see what matters most about this full-frame body!

Ricoh/Pentax just announced a new mid-range DSLR, the Pentax KF. What do Chris and Jordan think about this camera, and the state of Pentax in 2022? Better give it a watch.

The KF is effectively unchanged from its 24MP K-70 predecessor, aside from a slightly higher-resolution articulating rear display, a few grams shed and a collection of new Custom Image presets.

Choose a year and month to view all DPReview articles from that month:
Featured Videos

Beyond the studio testsFeature Articles and Videos

see how we seeSample Galleries

Throwback ThursdayClassic Cameras from Days Past

What's that Noise?Shedding some light on the sources of noise
Top threads
www.dpreview.com
Follow us
Mobile site
About
Editorial content
Cameras & Lenses
Community
All content, design, and layout are Copyright © 1998–2022 Digital Photography Review All Rights Reserved.
Reproduction in whole or part in any form or medium without specific written permission is prohibited.