The Cybershot DSC-T300 is the second generation of touch-screen ultra compacts from electronics colossus Sony. Because it is built around a very small 1/2.3" sensor, Sony has been able to cram a 5x zoom into the slimline body without it ever having occasion to protrude. It's also packed full of the latest special modes and functions, including 'smile shutter,' that only takes a photo once your subject is smiling. The real stand-out feature of this camera is the huge, 16:9 aspect ratio touch screen that covers the entire reverse of the body. So is this beginning of the revolution that will free us from the the hegemony of the four-way controller, or is there a good reason that most cameras are covered in buttons?

Before getting on to that question, let's start with the headline features:

In a shocking sequence of events, the biggest difference between the T300 and its predecessor is that the new model is built around a more pixel-dense sensor. The lens range also changes, with the wide end getting a tiny bit wider (though we're not about to hold a street party for a 33mm wide angle camera). This is a side-effect of adding a larger, 1/2.3" sensor in the same position as the old 1/2.5" one. 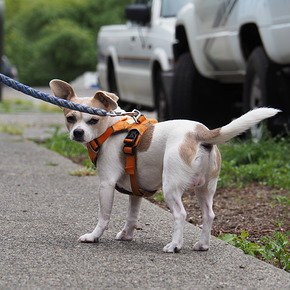 The gear that got away: reader responses

Intrigue, unlikely reunions, tragic endings – our readers' stories of the gear they sold and wish they hadn't include all the makings of a summer blockbuster.

Is the Fujifilm X-T4 the king of APS-C cameras? Chris and Jordan answer that question and explain why the X-T3 may still a good option for some.

Our team from DPReview TV has been shooting a production Fujifilm X-T4 all week. Check out these new sample photos from the Canadian Rockies and the beautiful city of Calgary, Alberta.

The 150mm filters are made of B270 tempered glass, measure 2mm thick and use a 'special glass hardening process' to make them twice as durable as other glass filters.

The bombshell statement has major implications for how future copyright infringement lawsuits play out.

Although it's only available to pre-order at this time, the Lexar Professional CFexpress USB 3.1 Reader is amongst the most affordable CFexpress readers on the market.

Is the Konica Hexar RF a suitable replacement for the Leica M7, especially for those craving an automated M-mount rangefinder? 35mmc's Hamish Gill has the answers.

We've been testing Olympus' newest beginner-friendly mirrorless camera as the weather warms up, documenting all kinds of creatures reappearing in the wild.

The video position on the X1D II mode dial will finally get some action as 2.7K and FHD movies can now be recorded a new firmware release that also makes focus stacking and white balancing easier

By taking instant portraits and attaching them to their hospital gowns, hospital staff can add a personal touch to their caretaking, even while wearing extraordinary amounts of PPE.

The issue will be fixed in Android 11, but users still on Android 10 need to be extra careful.

If you are looking for a fun photography project to try, Mathieu Stern has a neat idea for you. Using the 'anthotype' process, Stern used only beetroot juice, paper, a photo positive and a bit of time in the sun to create a phytotype photograph.

GoPro Labs will let you add experimental features to your HERO8 Black action cam through a beta firmware update.

Let it roll: why camera makers are going to keep adding video

Cameras' video capabilities just keep getting better. But what if you're not interested in video? Here's why you probably won't get stills-only versions of most cameras, and why they wouldn't be cheaper, if you did.

Is the Sony ZV-1 the best vlogging camera, and what's it like for photography?

The Sony ZV-1 is the first overtly vlogging-focused camera on the market. We look at how it compares to the likes of the Canon Powershot G7 X III, both for vlogging and for photography.

Lensrentals bought a $10K machine to test the flange-to-sensor distance of more than 2,500 cinema cameras

What started as an internal means of checking the flange to sensor distance of its inventory turned into the painstaking task of measuring more than 2,500 camera bodies.

The Photography Show is going virtual (and free) for 2020, after initially being pushed back

After originally being delayed, the organizers have decided to take the event virtual due to 'the continued uncertainty around hosting large events.'

DxO has announced Nik Collection 3. The popular plugin suite includes a new Perspective Efex plugin for fixing distortion and adjusting perspective, bringing the total number of plugins in the suite to eight.

The term 'computational photography' gets used a lot these days, but what exactly is it? In this article, the first in a three-part series, guest contributor Vasily Zubarev dives deep to show us how photography will work in the future.

DPReview TV host Jordan Drake schleps around a lot of camera equipment. In this video he shows us what gear he carries in his ThinkTank Urban Disguise 50 V2 camera bag to make the magic happen.

The lawsuit seeks up to $150,000 per image, among other things, potentially amounting to $2.25 million in statutory damages.

CIPA's April 2020 numbers reveal shipments of both DSLR and mirrorless cameras are down 60.8% and 67%, respectively, compared to April 2019.

The lens is based on the non-SE version of the lens, with only a few minor design changes oriented towards stills photographers.

We've taken the Xperia 1 Mark II to a few of our favorite spots around Seattle to get a better idea of what this flagship smartphone is capable of – see for yourself in our updated sample gallery.

As protests continue in the US, journalists report being targeted by police

As protests across the United States continue, there is an alarming rise in the number of incidents regarding police attacking photojournalists and members of the press.

Samsung reported to be expanding its image sensor production line

Business Korea says Samsung is converting one of its DRAM production facilities into an image sensor production line, to the tune of roughly $815M.

Ever since we published our full X-T4 review last week, we just can't seem to put the camera down. It really is that nice to use. As for the image quality, we'll just let you be the judge of that!

Definitely a case of 'evolution rather than revolution', the new look is designed to help users recognize icons and logos more quickly in the different environments in which they appear

Fujifilm X-T4 vs X-H1: should you upgrade or hunt for a bargain?

What does two years of progress look like, for Fujifilm's most video-centric models? Is the X-T4 worth the upgrade from the X-H1, or is now the time to bag yourself a bargain?

Adobe has released a new video series titled In a Lightroom Minute that breaks down tips and tricks for Lightroom CC and Lightroom Mobile in 60 seconds (give or take a few).

May 30, 202038video
Tips or suggestions? Contact us!
More articles »
www.dpreview.com
Follow us
Mobile site
About
Editorial content
Cameras & Lenses
Community
All content, design, and layout are Copyright © 1998 - 2020 Digital Photography Review All Rights Reserved.
Reproduction in whole or part in any form or medium without specific written permission is prohibited.