The CD200 is the second of two Sony CD Mavica cameras announced recently. Virtually identical to it's sibling the CD300 the CD200 has a 2.1 megapixel sensor and wears a slightly different livery. Gone is the "Carl Zeiss" 3x F2.0 - F2.5 lens to be replaced by a Sony 3x F2.8 - F3.4 (though this may not make any difference due to the lower resolution sensor). The CD200 comes to the market $200 cheaper than the CD300.

Note: the majority of this review is based on the CD300 review except for: All product shots, physical or operational differences, performance timings, image quality comparisons and samples.

The CD200 writes its images directly to 156 MB (8 cm) CD-R or (and this is new) 156 MB (8 cm) CD-RW. The ability to use CD-RW gives you the option to erase the contents of (format) the CD and start again, obviously CD-RW discs are more expensive than CD-R but now at least you have the option to choose. The other dilemma with CD-RW is that only CD-R/CD-RW drives can read them, finalised CD-R's from this camera can be read in any computer CD-ROM drive.

So what's the downside? Well, the camera is big, considerably larger than similar Cybershot (DSC series) digital cameras and the weigh a little more, battery life is less for the same size battery but other than that you're simply writing directly to CD rather than Memory Stick.

For some time now Sony have maintained and updated the Mavica range, indeed they just recently announced four new Mavica's at PMA 2001. The introduction of these two new "CD Mavica" expands this new range of digital camera which write directly to 8 cm CD-R (and now CD-RW). In the conclusion of my CD1000 review I rather candidly remarked "It'll be interesting to see how many more products Sony release using mini CD-R."... Well, they have and it's obvious now that Sony see 8cm CD-R/RW as a future storage option for digital cameras.

Sony MVC-CD200 Mavica 2MP Digital Camera with 3x Optical Zoom
Temporarily out of stock. We are working hard to be back in stock. Place your order and we’ll email you when we have an estimated delivery date. You won’t be charged until the item ships.
$899.99Shop now
View Comments (0) 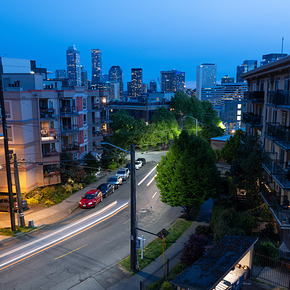 iFootage Cobra 2 Long-Term Review: The Greatest Monopod In The History Of Ever

Video: How to make an all-in-one YouTube studio that fits inside a Pelican case

Caleb Pike of DSLR Video Shooter has shared a video showing how you can make an all-in-one video studio that collapses down into a Pelican 1510 case for the ultimate turnkey video production solution.

It's new laptop season, and HP is getting in on the fun with three new ZBook G8 notebooks. Available in 15.6" and 17.3" sizes, the notebooks include Intel's new 11th-gen processors, RTX graphics, fast memory, impressive displays and much more.

At a quick glance, you might even think this ultra-fast prime was a first-party Leica lens, thanks to its similar design and typeface used for markings on the lens.

What's the best way to get a sharp photo: the "Mr/Mrs Pinchypants" or the "Down on the ground pound"? In this episode of DPReview TV, Chris shows you the right way to hold your camera to get the best results.

The Peak Design Marketplace is a peer-to-peer platform where consumers can buy and sell pre-owned Peak Design equipment that keeps the company's lifetime guarantee intact.

Slideshow: Winners of the All About Photo Awards 2020, The Mind’s Eye competition

Here are the winners of AAP Magazine's All About Photo Awards 2020, The Mind's Eye competition.

We've just received a production-ready Pentax K-3 Mark III, and we've gotten straight to work with it to see what it can do. Check out our samples from a variety of lenses and a variety of sites (and sights) up and down the Puget Sound region in Washington State.

Razer's Blade 15 laptop first launched in 2018. Since then, the company has made numerous updates. The latest refresh adds new 11th gen Intel processors, faster memory, PCIe Gen 4 storage, a thinner design and more. It may be a gaming laptop, but there's a lot to like here for creators, too.

The New York Times and the Content Authenticity Initiative have unveiled a prototype system to inspire confidence in photos by securely recording and making available information about creators, edits and publishing information for photographs.

Video: How to 'think beyond the rules' and follow your intuition when composing photographs

For his latest video, photographer and YouTuber Sean Tucker explains how to capture inspired images by thinking 'beyond the rules' of composition.

Why are modern 50mm lenses so damned complicated?

Since the dawn of recorded time, Pentax DSLRs has been known for being well-designed, rugged and full-featured. In this episode of DPReview TV, Chris and Jordan share their thoughts about Ricoh's latest DSLR, the Pentax K-3 Mark III.

Surely you've already watched our video review on the Pentax K-3 Mark III. Now it's time to take a closer look at some of the samples from its 25.7MP sensor.

Slideshow: Winning photos from the Pink Lady Food Photographer of the Year 2021 contest

The winning images were selected from more than 10,500 images captured around the world in more than 70 countries.

Apple has teamed up with Incite for many great 'Experiments' videos showcasing the latest iPhone model's camera capabilities including its latest, which shows off the slow-motion and time-lapse performance of iPhone 12.

Opinion: Do we really need all those buttons and dials?

If camera companies want to truly compete with smartphones for relevance, they need to offer models that are as easy to use as a phone, but offer substantially better image quality.

May 6, 202146lens news
This aerial masterpiece was created with a DJI Mini 2 in zero-degree temps

Interview: Canon's Larry Thorpe reflects on 60 years in the business

Canon's Larry Thorpe has seen lot of changes over his 60-year career in the industry. We spoke to him after his recent retirement, and in this interview he highlights some of the technological advancements he's seen during his career and discusses the convergence between stills and video.

Nikon's Z6 II is a really pleasant camera to use – so pleasant, in fact, that one of our editors took it on a road trip vacation down the west coast to the California redwoods. Check out some coastal scenes in our updated sample gallery here.

Leica has introduced its Vario-Elmarit-SL 24-70mm F2.8 ASPH lens for full-frame L-mount bodies. The lens has three aspherical elements, a stepping motor for autofocus and an 11-blade aperture. It's now available for $2795.

Days Inn offers a $10,000 payday and free travel within the U.S. to a talented photographer

Days Inn by Wyndham has brought back its 'Sunternship' program for 2021. This August, a selected photographer will be paid $10,000 and have their travel expenses covered during a customizable two-week trip within the United States.

DPReview TV's Jordan Drake thinks the iFootage Cobra 2 is the best monopod ever created in the history of mankind. Find out why he calls it 'the monopod that changed my life'.

We've updated our 'best cameras for videographers' buying guide, with the Panasonic Lumix DC-S1H being our choice for high-end video shooters, and the Sony a7S III selected as the best "run-and-gun" option.

Sony’s three remaining A-mount DSLR cameras have disappeared from its website, suggesting the cameras have been discontinued, rendering the A-mount system all but obsolete.

May 4, 2021712
Tips or suggestions? Contact us!
More articles »
www.dpreview.com
Follow us
Mobile site
About
Editorial content
Cameras & Lenses
Community
All content, design, and layout are Copyright © 1998 - 2021 Digital Photography Review All Rights Reserved.
Reproduction in whole or part in any form or medium without specific written permission is prohibited.