Pentax announced the *ist D digital SLR on 26th February 2003, the week before PMA 2003. The *ist D is essentially a digital version of the *ist film SLR announced the week before. The major physical difference between the two cameras (apart from all the digital controls on the rear of the *ist D) is that the *ist D appears to have a heavier metal subframe. Although expected to be on the shelves by July 2003 the camera has been delayed (twice) due to 'procurement of materials required' (Sony's sensor?). The *ist D is the first digital SLR Pentax has brought to market, they did announce and show a pre-production digital SLR a couple of years ago but that project was cancelled in favour of the *ist D we see today.

We had a limited range of lenses available to us at the time of review, the three lenses shown below were used for all samples and image quality tests, above each test you will see an indication of the lens used ( the 50 mm F1.4 was used for comparison and resolution tests due to its resolution, neutrality and consistency).

Before publication of this review we posted a detailed preview of the *ist D, a large portion of that preview has been used to make up the first few pages of this review, and as the physical appearance of the *ist D has changed little since we wrote that article we have reused some of the images of the pre-production camera.

Tags: review, pentax
Next page
TABLE OF CONTENTS
Gear in this story
We are retrieving offers for your location, please refresh the page to see the prices.
View Comments (2)

Is this a good camera? What lens will you recommend? Should i by a hood? And where?

Yes, it was good but is dated now. Still make good pictures. Buy some cheap manual primes (with hoods) and it will make wonderful pictures. 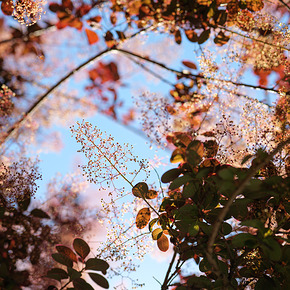 Leica Rumors has released its first batch of wooden Leica M3 replicas that are constructed entirely of wood and retail for just $89.

Advances in camera technology have significantly changed how we watch and enjoy sports. At the US Open at Torrey Pines in California, no hole reflects the advances better than the sixth, which featured an array of 88 cameras, which is more cameras than were used across the entire course in 2008.

What to know before buying your first interchangeable lens digital camera

Now that the cameras in smartphones have become so good, the question 'why should I buy an interchangeable lens camera' ends up being very similar to 'why would I buy a dedicated camera at all?'. Read our new guide to buying an ILC to see what you gain from keeping your phone in your pocket.

The more we learn about the Canon EOS R3, the more it looks like a top-end sports camera. So why isn't it called the EOS R1? Richard Butler has been having thoughts again.

Tripod heads aren't the most exciting subject, but if you're into shooting landscapes, wildlife or video, then having the right head will make your life a lot easier. In this episode, Chris discusses the pros and cons of each type of tripod head.

Markus Hofstätter often uses analog photography techniques for portrait photography. The recent pandemic lockdown has allowed Hofstätter to explore the nearby nature and grow close with a local family of swans. He was able to turn his large format camera into a wildlife photography setup.

We've already discussed common film types, now it's time to take a look at the oddball film formats. From the discontinued to the hard-to-find, how many of these have you shot?

A team from the University of Ottawa has shown that lenses can be made shorter when spaceplates made of metamaterials are introduced to the optical path. The findings promise miniaturized lenses with no loss of quality

Profoto has been expanding its lineup of AirX-enabled lights. Photographers can now use AirX lights with a new Profoto Camera smartphone application. The app includes a built-in camera with advanced shooting features and a new ProfotoRAW file format.

DJI is repackaging its original Mini drone, adding an SE label, and pricing it for big box stores such as Walmart and Costco. According to leaks, this may be the company's most affordable drone yet.

Kickstarter: BAD Wrap is a flexible, padded waterproof wrap for your camera gear

BAD Equipment was founded this year by photographers, designers and engineers. Its first product is now on Kickstarter, the BAD Wrap. It is a posable, padded and waterproof wrap that you can use to protect your camera, lens, drone, tablet, computer and much more.

One of our favorite features on Fujifilm cameras is their Film Simulation modes, which let you quickly adjust the color and tone of photographs. The always-opinionated Chris and Jordan have their own favorites, which they cover in this episode of DPReview TV.

Kosmo Foto has announced a new 400 ISO panochromatic 35mm black-and-white film inspired by the noir aesthetics of the early 20th century. The film stock is currently being funded on Kickstarter.

The International Space Station (ISS) travels nearly 8 kilometers every second. Put another way, the ISS travels at more than 17,000 miles per hour. French astronaut Thomas Pesquet is currently aboard the ISS and has recently captured an image that shows just how fast that is.

After a three-year hiatus, the Blade 14 lineup is back with three models, all powered by the AMD Ryzen 9 5900HX CPU. GPU options start with an NVIDIA RTX 3060 and top out with an RTX 3080 for those who need all the processing power.

Lens availability is a critical part of choosing a camera system. Take a look at our updated guide to Nikon, Canon, Sony and Panasonic/Sigma/Leica mirrorless mounts to see how their lineups and technologies currently compare.

Gitzo takes a battering for lack of communication over Légende tripod delays.

A delay of up to three months to fix a packaging issue has annoyed some Gitzo customers, but not as much as the company's alleged lack of response to emails sent to a dedicated Gitzo address

CIPA's April 2021 data: Shipments are down, but the average price of camera units is steadily increasing

Interview: Olympus Educators Lisa and Tom Cuchara on how Olympus has transformed their outdoor photography

In this interview, photographers Lisa and Tom Cuchara explain their background, the various kinds of photography that keep them creatively inspired, and why they chose to make the switch to Olympus's Micro Four Thirds system for their bird and nature work.

China's Zhurong rover sends back its first images from the Martian surface, including an adorable selfie

The image, which shows the Zhurong Rover and its Tianwen-1 lander in the frame, was captured using a remote camera dropped by the Zhurong rover.

110 film is a cartridge-based system first launched in the early 1970s. It's easier to work with than 35mm but offers a smaller frame size. These days, you can pick up a 110 camera for cheap. Even better: you can still buy 110 film cartridges, new. Here's a primer on shooting this whacky, wonderful format in 2021.

Jun 11, 2021163
Tips or suggestions? Contact us!
More articles »
www.dpreview.com
Follow us
Mobile site
About
Editorial content
Cameras & Lenses
Community
All content, design, and layout are Copyright © 1998 - 2021 Digital Photography Review All Rights Reserved.
Reproduction in whole or part in any form or medium without specific written permission is prohibited.