So you've got your pocketable compact for everyday shooting and maybe a digital SLR or mirrorless camera for when you want to get serious. The former typically have lenses that are too short, while the latter require a multi-pound piece of glass to reach above 200mm. If you're willing to sacrifice image quality and depth-of-field control, you can buy a camera with a big lens that coverage focal ranges that are either impossible on interchangeable lens cameras, or very expensive.

The long zoom cameras in this buying guide fit into the 'enthusiast' category, meaning that they offer solid build quality, electronic viewfinders (on most models) and 4K video capture. All of these long zooms have 1"-type sensors.

Few cameras tick as many boxes as the Sony's Cyber-shot RX10 IV. It inherits the 20MP Stacked CMOS sensor and fast 24-600mm equiv. lens from the RX10 III, and then made everything faster.

Its new hybrid AF system is incredibly quick and tracks subjects well, even at a whopping 24 fps. Thanks to a gigantic buffer, you can take over 100 Raws per burst, though they take forever to be written to a memory card. Speaking of speed, you can capture Full HD video at 120 fps, and up to 1000 fps if you drop the resolution.

There's a lot more that we like, too. The RX10 IV is weather-sealed, the tilting LCD is touch-enabled and its can be used to position your AF point. The OLED electronic viewfinder is large and vibrant. 4K video is oversampled and looks incredible, and there's a full set of capture tools and support for S-Log2/3. And, finally, the combo of Wi-Fi, NFC and Bluetooth make sharing photos super-easy.

It's not cheap, but for those who want a camera that does virtually everything right, it might just be worth it.

So let's say you don't have $1700 to spend on a long zoom camera, or just want something more portable. Enter the Panasonic Lumix DMC-ZS100. It too has a 20MP 1" sensor, but trades zoom power for compactness. Its lens has an equivalent focal range of 25-250mm, but it's a bit slow at F2.8-5.6, which makes it less competitive in terms of low light performance and depth-of-field control. JPEG quality isn't class-leading due to too much noise reduction and a somewhat soft lens.

The ZS100 has a responsive autofocus system, a 3" LCD with good touch functionality and 6 fps burst shooting with continuous AF. It also has a (small) electronic viewfinder. The camera captures 4K video that looks pretty good, with a hybrid 5-axis stabilization feature available at 1080p and below.

Overall, we like the ZS100 not because it's the best camera in its class, but because it strikes a great balance between size and focal range. And, since it's near the end of its lifespan, it's a real bargain.

We considered all of the cameras below when picking our winners, and even though we think the Sony RX10 IV is the best all-rounder and the Panasonic ZS100 a good runner-up, the cameras on our short list are also worthy contenders.

If you're not convinced by our picks, dive into the full buying guide for a closer look at the following cameras.

Tags: best-enthusiast-long-zoom-camera, buying-guide
Next page
TABLE OF CONTENTS
Gear in this story
Support DPReview. Shop with

Over the course of finishing up our Panasonic FZ1000 II review, we took it out and about in Knoxville, Tennessee to see just what 400mm of (equivalent) zoom reach can do. 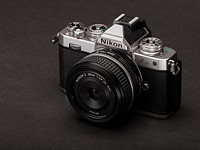