The G3 succeeds last year's G2 as LG's flagship smartphone. Its headline feature is the 5.5-inch True HD-IPS+ screen that comes with a whopping 2560 x 1440 pixels (QHD) resolution and 534 ppi pixel density. Despite the large screen the new device has, thanks to its ultrathin bezels, only grown a few millimeters in each dimension.

With a 13MP CMOS-sensor, OIS and fast F2.0 lens the basic camera specification has not changed too much, but like the Samsung Galaxy S5 the G3 uses additional phase detection sensors to speed up the autofocus. The latter is also helped by a new laser-AF system that is capable of measuring the subject-to-camera distance. A dual-LED flash should provide natural white balance when capturing flash images.

A Snapdragon 801 SoC with a 2.5GHz quad-core Krait 400 processor is combined with 2GB RAM on the version with 16GB of internal storage and 3GB RAM on the 32GB variant to run the Android 4.4.2 OS. There is also microSD-support and the 3,000mAh battery is user-removable. 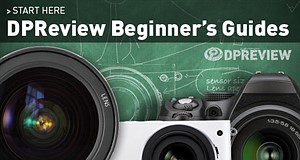