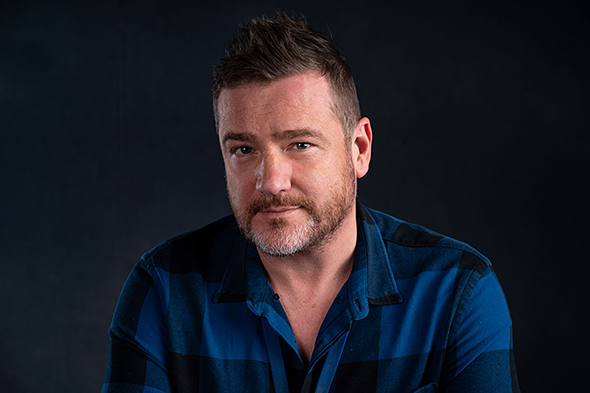 In the first of our five group tests of compact digital cameras, we're looking at what are best termed 'budget' models. We've not gone for the absolute cheapest of the cheap (you can, after all buy a digital camera/ webcam thingy for as little as $20) but have chosen entry-level models from the major manufacturers with a price bar of $150. Our selection was made based on a variety of criteria, including popularity (best-sellers), price/feature balance and worldwide availability. There are so many sub $150 cameras on the market that we could only ever get a snapshot (excuse the pun) of what's available.

Just Posted! Sony Alpha 900 in-depth review. Sony's eagerly anticipated flagship digital SLR finally gives Minolta/Konica Minolta users a full frame option and, on paper, looks like a strong new entry to the exclusive full frame club. Featuring the 24.6 MP CMOS sensor announced in January, the Alpha 900 offers several enticing features, including sensor-shift image stabilization, a super 100% coverage viewfinder and the same high resolution screen as the Alpha 700. To find out how it fared in our extensive testing check out the in-depth review after the link.

In the cut-throat digital camera market it's increasingly unusual for products to be shown in prototype form or announced more than a matter of weeks before they hit the stores. There's several reasons for the manufacturers' habit of playing their cards so close to their chests, not least that they can't afford to harm sales of the models they've already released. Sony, the newest 'new kid' on the DLSR block, has no such worries, this being its first proper 'high end' DSLR. In fact, if anything the pressure was on the company to show it was committed to becoming a major SLR system player and that it wasn't going to squander Minolta's long legacy in this market after picking up the assets Konica Minolta shed when it pulled out of the photography market. Thus we saw the first prototype of the Alpha 900 - Sony's flagship full frame digital SLR - back in early 2007 (it appeared behind glass at trade shows such as PMA in March 07), and information has been trickling out ever since; most significantly with the announcement in January of this year of a 35mm full frame CMOS sensor.

Just Posted: Nikon D90 in-depth review. The D90 has some large shoes to step into, given that it replaces one of the most popular enthusiast-level cameras of recent times. We saw in our preview that it's had a feature boost and specification upgrade, but do those tweaks and changes result in a better camera (and images)? Has a fine camera been over-burdened with fripperies and video recording? We find out in our full, in depth review.

Almost exactly two years after the D80 was announced comes its replacement, the rather predictably named D90. The D80 has been one of Nikon's quiet successes, and even today, despite being positively Methuselah-like in digital camera terms it continues to sell and often makes its way into our top 10 most clicked on cameras. Because it looks so similar to the D80 the D90 appears at first glance to be one of those rather subdued incremental upgrades, but dig a little deeper and you'll find there's plenty to keep Nikon fans happy.

Just Posted! Nikon D700 in-depth review. When Nikon launched its first ever full-frame DSLR, the D3, in August last year it was an instant success with professionals and serious amateurs alike. Now Nikon has transplanted the D3's excellent full-frame sensor into a more compact body and offers the package at a price point that is much more appealing to the masses. A recipe for success? Find out after the link.

The introduction of Nikon's new D700 may have been one of the worst kept secrets in an industry with more leaks than the Titanic, but it was still something of a surprise coming so hot on the heels of the D3 and D300. Essentially a D3 shrunk down and squeezed into a body roughly the same size as a D300, the D700 is Nikon's first 'compact' professional SLR, and in its segment of the market will compete with the recently announced Canon EOS 5D Mark II and Sony DSLR-A900.

Just posted! Our in-depth review of the Canon EOS-1Ds Mark III, Canon's flagship full frame digital SLR and the current 'big daddy' of the professional DLSR market. As well as upping the resolution to a class-leading 21.1 megapixels the Mark III boasts a raft of improvements and refinements over the Mark II, the camera it replaces. We've been using the EOS-1Ds Mark III for over 8 months now, and finally got the review finished this weekend. So, apologies for the 'better late than never' timing.

The EOS-1Ds Mark III is the seventh Canon professional EOS-1D series digital SLR, although only the third of the 's' suffix sub-category which indicates a full frame sensor. Three years since the last EOS-1Ds, the Mark II, the Mark III pushes digital SLR resolution over the twenty megapixel barrier with specifically twenty-one-point-one million pixels (5616 x 3744) on its 36 x 24 mm (full 35 mm frame) sensor. Canon also claims to have increased the 'light gathering efficiency' of the sensor by reducing the amount of (wasted) space between micro lenses, hence despite the resolution increase the Mark III still provides sensitivity up to ISO 3200 (with boost enabled).

Just posted! Our in-depth review of the latest in the popular 'Rebel' line of digital SLR cameras from Canon (rather later than we planned, it took a little longer to complete than we expected). The EOS 450D (Rebel XSi) builds on the success of the EOS 400D (Rebel XTi), adding live view, a new 12MP CMOS sensor and a smattering of new features (including boosted continuous shooting and spot metering). So does the EOS 450D have what it takes to stand out in the increasingly crowded (and competitive) entry-level digital SLR market? Read the in-depth review after the link to find out...
@dpreview
Tweets by @dpreview
Latest reviews
See all reviews »
Finished challenges
Discover more challenges »
Most popular cameras
Nikon Z3012.7%Sony a7 IV3.8%Fujifilm X-T43.1%Canon EOS R71.2%Sony a7S III1.2%Fujifilm X-H2S1.2%Fujifilm X-T31.1%Canon EOS R61.0%Canon EOS R51.0%Sony Cyber-shot DSC-RX100 VII1.0%
Popular interchangable lens cameras »
Popular compact cameras »
Features