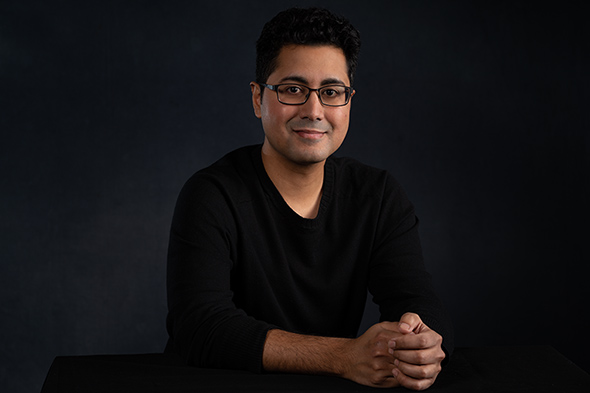 Although I'm a scientist by training, having recently completed my Ph.D in biophysics, photography has always been a huge passion of mine. It's been an incredible opportunity to meld these two interests together here at DPReview!

The Sony Alpha a7 II is an image-stabilized full frame mirrorless camera, the fourth release in Sony's a7 lineup and the follow up the original a7. It uses the same 24-megapixel sensor as its predecessor, and the same Bionz X processor as the rest of the a7 series. Improvements come in the form of 5-axis sensor-based image stabilization, improved AF performance and some overall design tweaks. The controls are laid out in similar fashion to the a7, though the grip, command dials and shutter have been completely redesigned.

Reikan has announced a major update to its AF tuning software, FoCal. FoCal automates the process of calibrating your lens to your DSLR camera body, important - if not absolutely necessary - for critical focus when using fast lenses that yield shallow depth-of-field. Version 2 introduces the ability to check your copy of a lens against other users' test results. Read more

When we attended CP+ last month in Yokohama, Japan we sat down with senior executives from several major camera and lens manufacturers. Among them was Haruo Ogawa, President of the Imaging Business Group and Executive Managing Officer at Olympus Corporation. Among other things we spoke to Mr Ogawa about the current and future direction of Micro Four Thirds and the challenges of introducing 4K video. Click through to read our interview

We recently returned from the CP+ show in Yokohama, Japan, where we sat down with executives from most of the major camera and lens manufacturers to get their insights and opinions on the challenges facing their companies and the market as a whole. One of them was Masaya Maeda - Managing Director and Chief Executive, Image Communication Products Operations at Canon. Click through to read the interview

We recently returned from the CP+ show in Yokohama, Japan, where we sat down with Kazunobu Saiki - General Manager of the Marketing Communication Department, in the Global Marketing Division of Ricoh Imaging. We spoke to Mr Saiki about Ricoh's forthcoming full-frame DSLR, the success of the 645Z and about his desire to improve AF performance in Pentax's DSLRs and lenses. Click through to read the interview

While we were at CP+ 2015 in Japan, we met with Tamron, and the company was kind enough to lend us their newly announced 15-30mm F2.8 Di VC USD. In Nikon mount, no less. It's a wide range for a full-frame zoom, made more impressive by the inclusion of vibration compensation (VC). With a price tag of $1200, Tamron is taking the Nikon 14-24 head-on, and so we decided to do the same: pit the two against one another in a shootout, which you can view here

At this year's CP+ show in Yokohama Japan we made time to sit down with several senior executives from major manufacturers, including Sigma. In this interview with Kazuto Yamaki, CEO of Sigma, we spoke about the challenges of making lenses for ever-increasing pixel counts, the company's 'small office, big factory' philosophy and why the company is continuing to make cameras. Read more

The Sony Alpha 7S is a full-frame interchangeable lens camera sporting a 12.2MP CMOS sensor. It is identical in body design to the Sony a7 and Sony a7R, but don't let that fool you. Unlike the other two, the a7S is specially geared toward video and low-light shooters. It's capable of 1080/60p video with full-sensor readout and can turn out uncompressed 4K footage to an external recorder over HDMI. Read review

The a7S is the third model in Sony's full-frame mirrorless lineup, a 12MP camera that puts as much emphasis on its movie capture capabilities as its still image prowess. While the a7S is a capable still shooter, Sony has emphasized that its real focus (no pun intended) is videography.

We recently returned from the CP+ show in Yokohama, Japan. When we were there we sat down with executives from most of the major camera and lens manufacturers to get their insights and opinions on the challenges facing their companies and the market as a whole. One of them was Toshihisa Iida, Senior Manager Sales & Marketing at Fujifilm's Optical Device & Electronic Imaging products division. Click through for the full interview