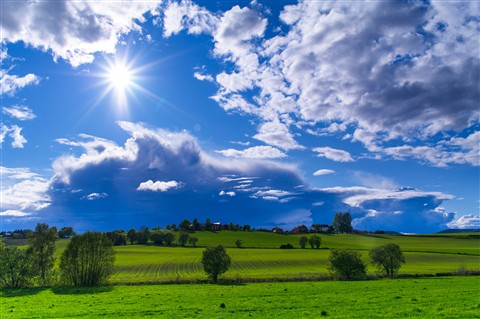 My wife and I were driving home when suddenly the sky showed its drama from above. There was no road shoulder to stop on, but there were no cars in front or back. So, stop! Out from the car, I captured a couple of shots. Before finsihing the session, a big truck had stopped because of me in one direction, a bicycle was approaching slowly from the other direction. The truck driver gave me a shock using his sirens, but I did not surrender: this shot was mine!
This photo is marked as:  Safe.
This photo was submitted to challenges
6th
Summer is Coming
2.197

Exposure was set correct at the sky, leaving the fields underexposured. In LR4 the Graduated Filter was used to bring the fields back into the sun.