Look like you are making the best of it Vitée.  Nice vibrant images

The bugs were working overtime on this prickley pear bloom.

There are no people to give the sense of scale .... 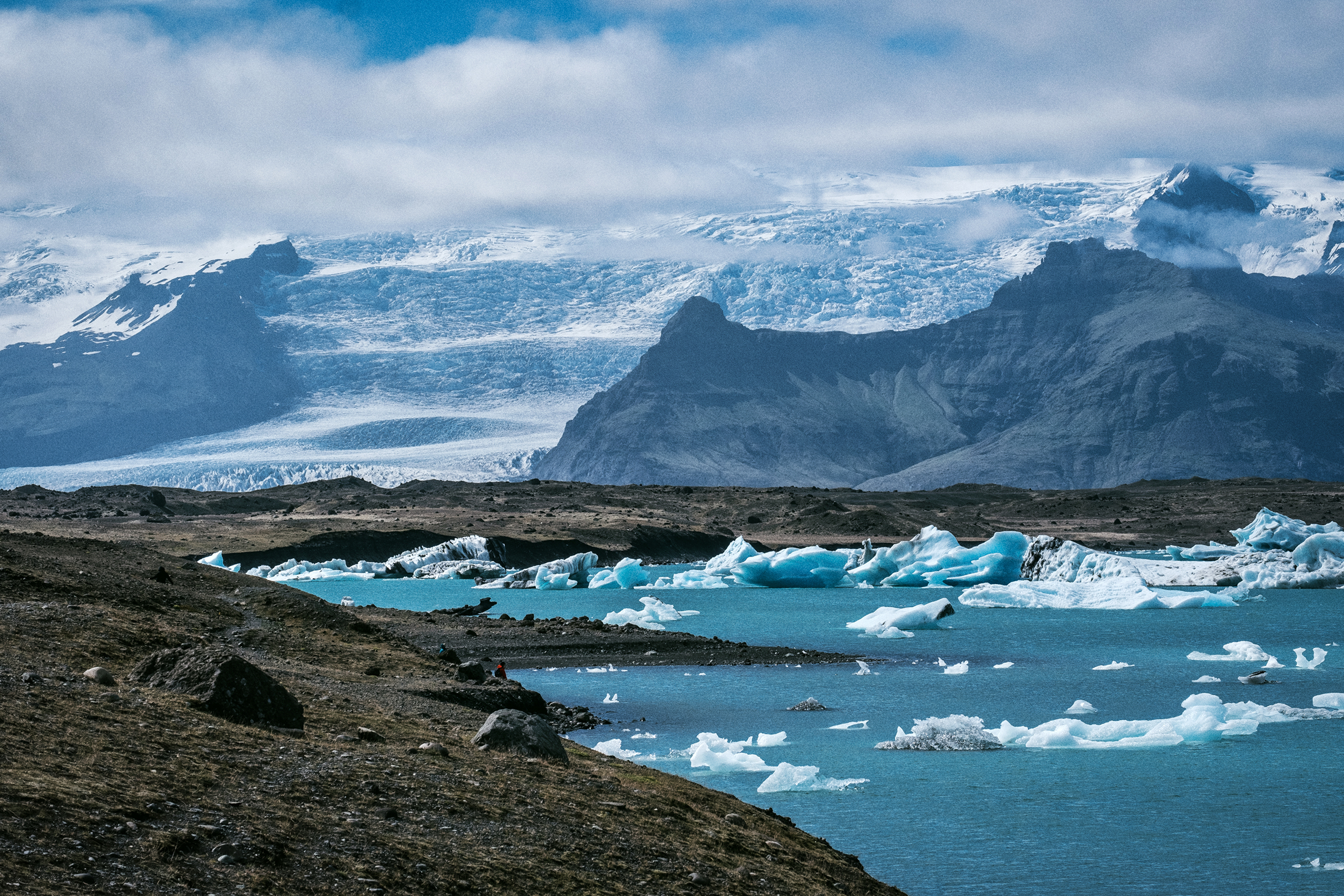 Sure there are. I count at least two near the shore of the lake. What was wrong with the lens?

You are absolutely correct!  Didn't notice them.  i noticed the day after or even late afternoon/evening, the lens was not able to obbtain sharp focus at infinity or even closer. Since that trip I've been very lazy and haven't even sent it in for repair since I have the 100-400 and not needed the 55-200.

Wow, there are many more people here than first meets the eye! I do wonder how some of them got to where they are. It must be dangerous to cross the glacier.

I'm sure the guides have a set path to minimize the danger.  One would think the ash may occlude some crevasses or other dangerous sections.  I did not venture too much further since my wife and I had already hiked to an inland glacier the day before where there was no one.  That was easy to get to and one could just step onto the ice with no problem....quite unexpected.

There are ample opportunities to do glacier and ice tunnel ventures.  That's why I intend to return some day.

BTW the 55-200 was behaving in the above image.  It was taken the day before the trek to Glacier Lagoon.

First, a different angle, and the 55-200 replaces the 18-55 shot of last week. (Raw processed in Raw Power.)  I was working for a balance of ambient and artificial light, and a moment when everyone seemed relaxed and having a good time.

I was out looking for reflections and sailboat masts in the lowering sun.  This couple appeared, and I worked them in. The atmosphere is very hazy from western U.S. wildfires. Raw was processed in Raw Power.

io_bg • Senior Member • Posts: 1,279
Some pics from Saturday's hike
In reply to BobsYourUncle • 5 months ago
8

Visited the 7 Rila lakes which are of glacial origin and are situated in the Rila mountain in Bulgaria between 2,100 and 2,500 metres above sea level. They're a super popular hiking destination in Bulgaria and while it can be a long and tiring hike (about 5-6 hours) though we continued an extra hour to a lookout spot where all 7 lakes can be seen.

I had a dilemma what lenses to bring, at first I considered the XC 16-50 and the Samyang 12mm f/2, then decided the kit lens would be enough but in the end I carry both plus the XC 50-230 The latter saw very limited use.

The upper two lakes were still icy. And the outside temperature was about 20°C!

There were a few snow patches the higher we went, and this lookout even had a tiny snowman built on it

Lots of wildflowers on this bright summer day

Thanks, Morris.  It's a Sigma 150-600mm Canon fit with Fringer Pro II adapter.  I was thinking that sharpness of the lens might improve if I didn't shoot fully extended.  I had intended to shoot 550+mm but later on realized it was around 400mm.  I was fortunate to be able to crop the image. 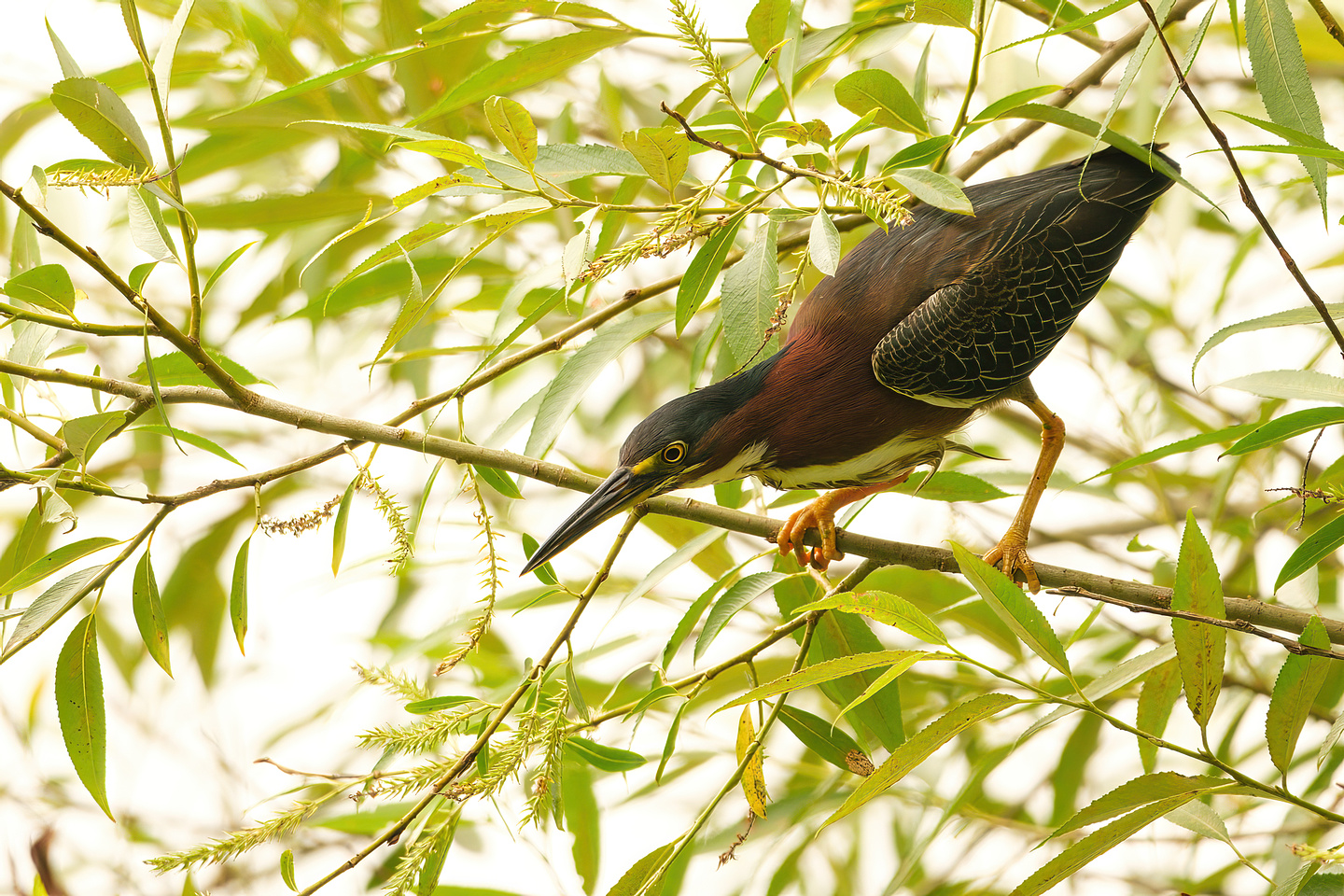 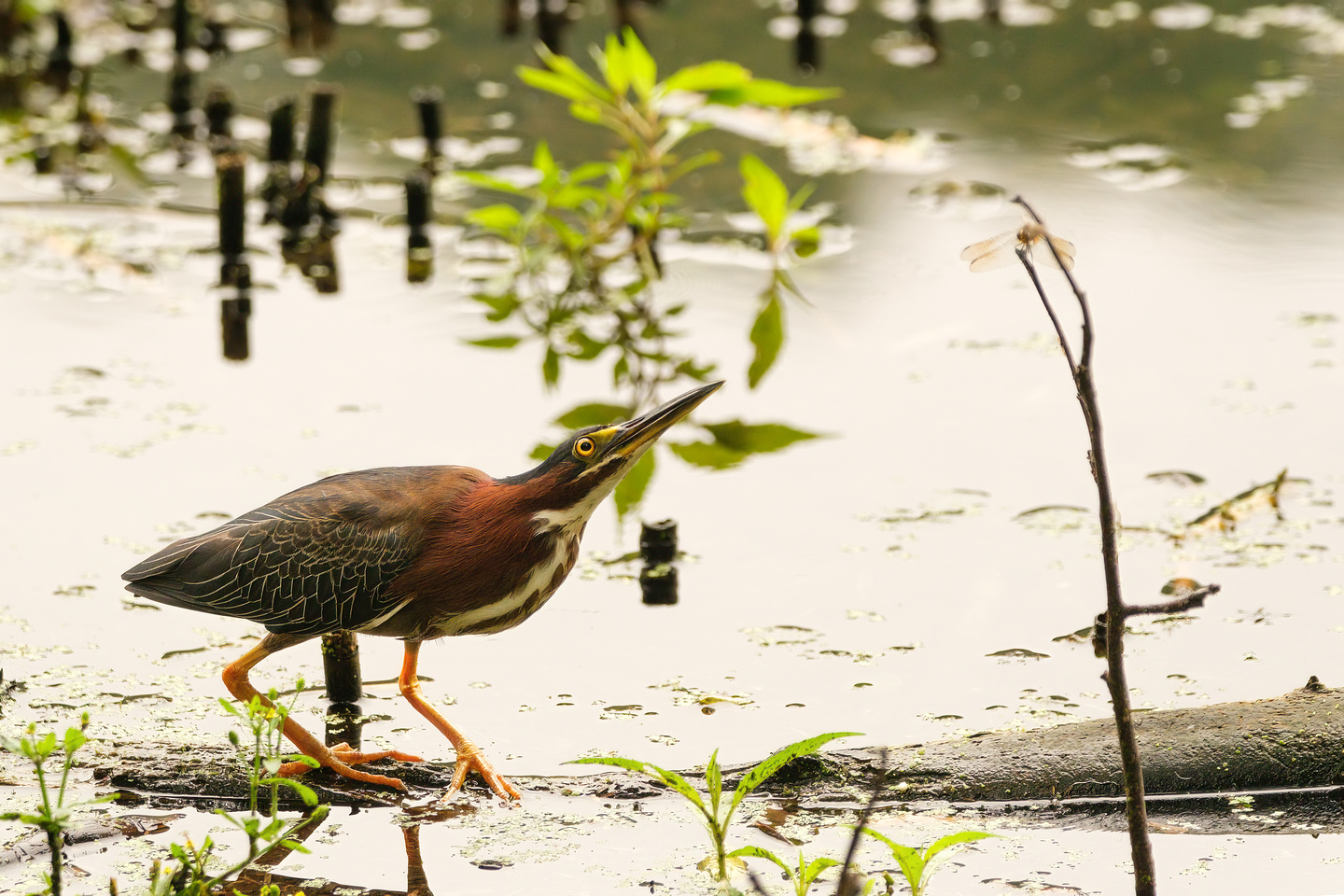 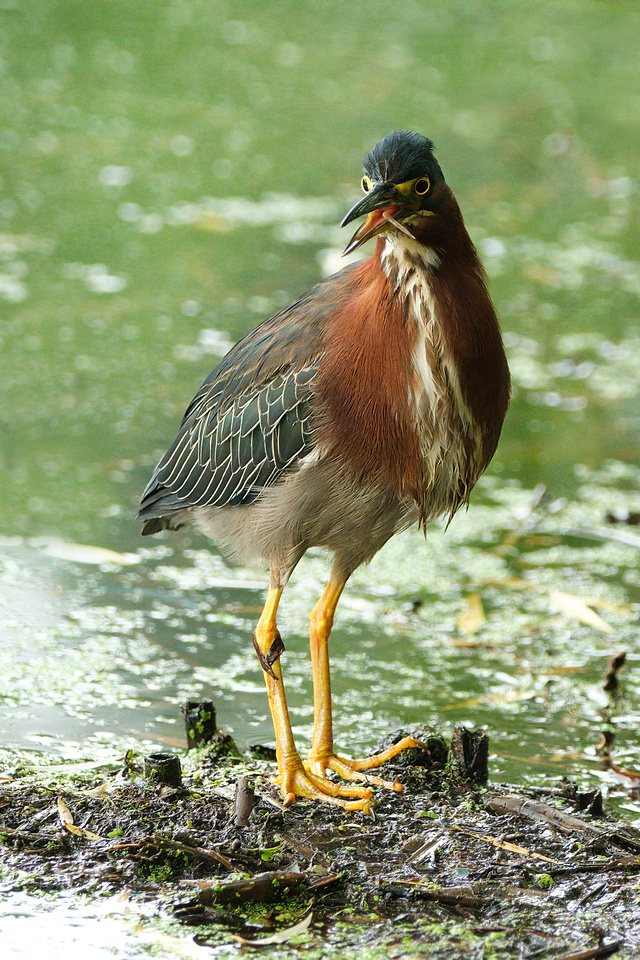 I've been working on a steller RWBB flight photo for years. These are approaching my vision. 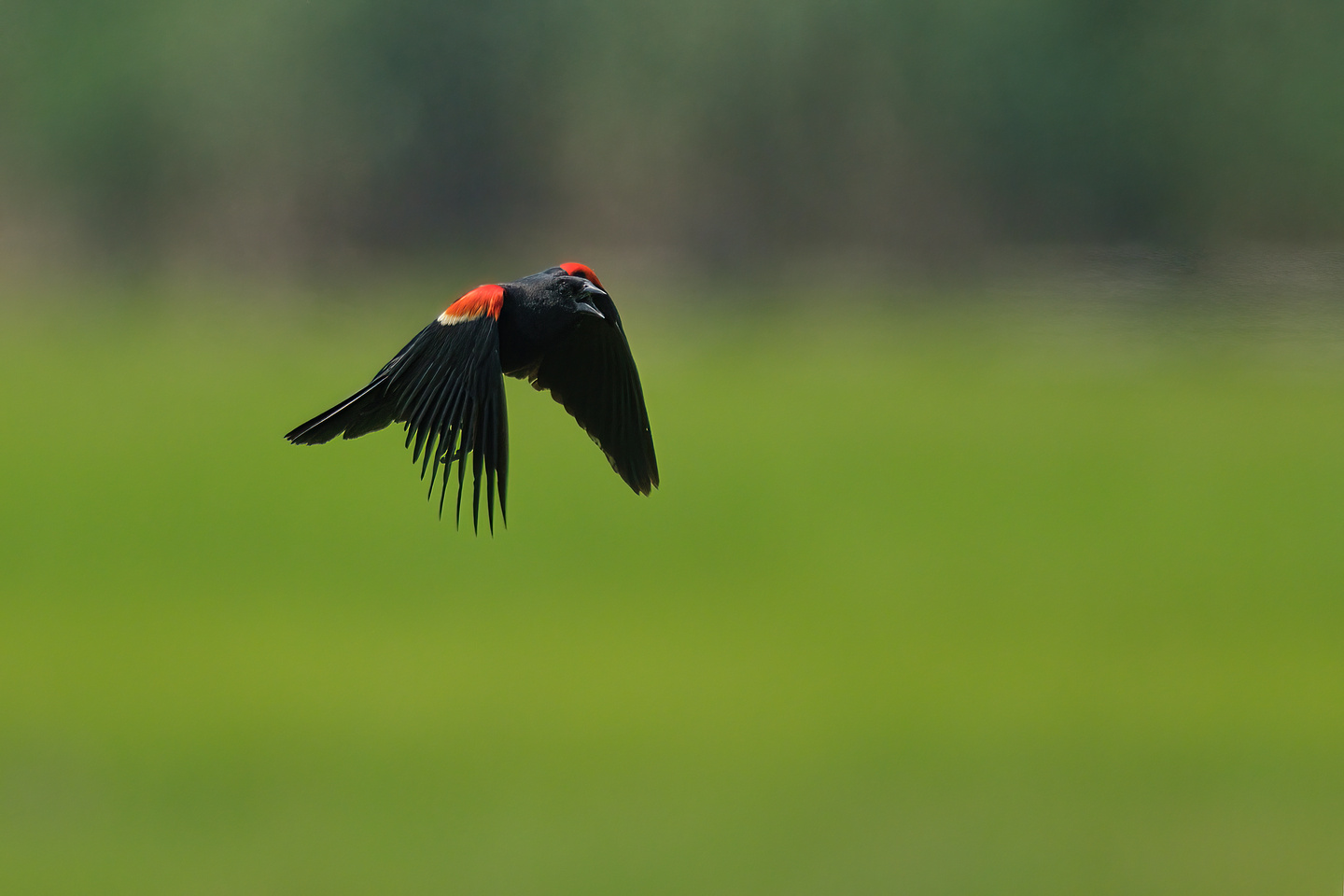 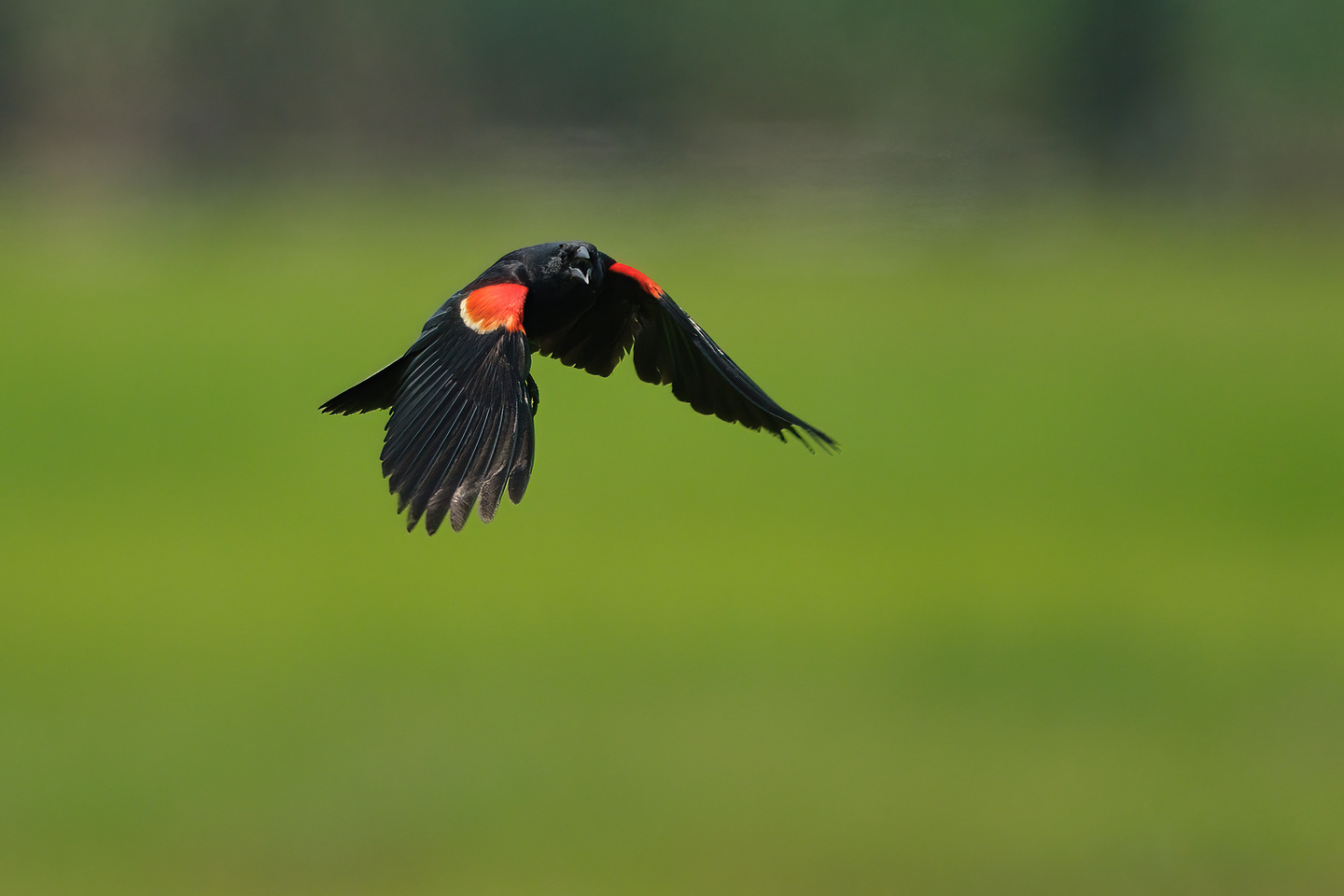 Thank you for your kind comments

Great shots, as always, Morris.  Went to that local lake a couple of times now looking for our resident Green Heron, but no joy as yet.  Did see (and photograph) a GBH and Egret there, but the little guy must have been in hiding.  I'll keep trying as time allows.

Great shots, as always, Morris. Went to that local lake a couple of times now looking for our resident Green Heron, but no joy as yet. Did see (and photograph) a GBH and Egret there, but the little guy must have been in hiding. I'll keep trying as time allows.

These green herons are a lot smaller than those big birds and there well camouflaged.

Great shots, as always, Morris. Went to that local lake a couple of times now looking for our resident Green Heron, but no joy as yet. Did see (and photograph) a GBH and Egret there, but the little guy must have been in hiding. I'll keep trying as time allows.

These green herons are a lot smaller than those big birds and there well camouflaged.

Yup, plus a couple of other challenges as well.  That particular lake is fairly large, but with only limited access at a couple of points.  There are a host of places where one of those little guys could be hanging out and which would be out of view.  I did find both an egret and GBH, but unfortunately at a good distance and with crummy atmospheric conditions.  I love the pose, but the image lacks sharpness and detail.  I'll keep trying...

A refreshing break from a city sizzling in the summer Sun.

Morris, they are very crisp shots. I like specially the second one.

Morris, they are very crisp shots. I like specially the second one.

There is an eagle pair that nests at a local park about an hour from my home. This one had finished its meal and suddenly took off flying low along the river, heading back to the nest.

Nice capture. There are bald eagle(s) that regularly hang out early mornings on a weather station near me, but I've only once every capture one in flight, and that was just taking off.  I get bored waiting for them. I've spent an hour on a regular basis just waiting.  I headed there yesterday, as I'd ordered the on-same 50-140 to possibly replace my old 55-200 and I figured this would be a nice way to compare them, and I thought I was going to catch him here, but he was just shifting positions.