What are these concentric rings?

I was doing some ultra widefield imaging around M31 with a prime Nikon 50mm lens (on my D5200). A stack of 300 images done in DSS shows up these weird concentric rings. They are present in individual single shots as well. The single shots were all at ISO 200, f1.8 and 3 sec exposure to avoid overexposure due to LP:

This lens was bot as new (about a month ago), but has been used quite successfully for MW shots (without any of these rings). I doubt if the lens suddenly gave a lot of vignetting (though it was wide open for these shots). Since those pictures were taken this lens has been sitting in its pouch and has not been mishandled or dropped or anything.I tried using the same lens stopped down to f2.5 last night, but still saw the same rings. The lens surfaces looked quite clean.

When these shots were taken (Oct 27, 2015), the moon was in the sky but not directly into the lens. So I doubt if it is any kind of lens flare. Does anyone know or have a guess as to what might be causing these weird concentric rings/ circles? Do I have a bad copy that just went caplui after the first few hundred shots? TIA ..... Anil

ANSWER:
This question has not been answered yet.
Canon EOS M3 Leica SL 50mm F1.4 Nikon D5200
If you believe there are incorrect tags, please send us this post using our feedback form.
Reply to thread   Reply with quote   Complain

I think it's posterisation of the gradient in the sky background. I've seen this occasionally happening as a processing artefact though I've never seen it in a single exposure.

Are you shooting raws?

I think it's posterisation of the gradient in the sky background. I've seen this occasionally happening as a processing artefact though I've never seen it in a single exposure.

Are you shooting raws?

Thanks for the quick reply, Mark. yes I was shooting in RAW mode (NEF). If it is from the background gradient, how does one avoid it? TIA ..... Anil

I would be very interested in looking at the NEF of an exposure with this problem.  It would give a better clue to the exact cause.

The only diagnostic test I can think of would be to calibrate the stack with flat frames and see if the issue persists.

Reply   Reply with quote   Reply to thread   Complain
swimswithtrout • Veteran Member • Posts: 3,851
Re: What are these concentric rings?
In reply to anilketkar • Nov 5, 2015

Did you have any type of filter on the lens ? Internal reflections from a UV filter can cause that as well.

This is what happened when I tried using an Orion Field Flattner on my APO. 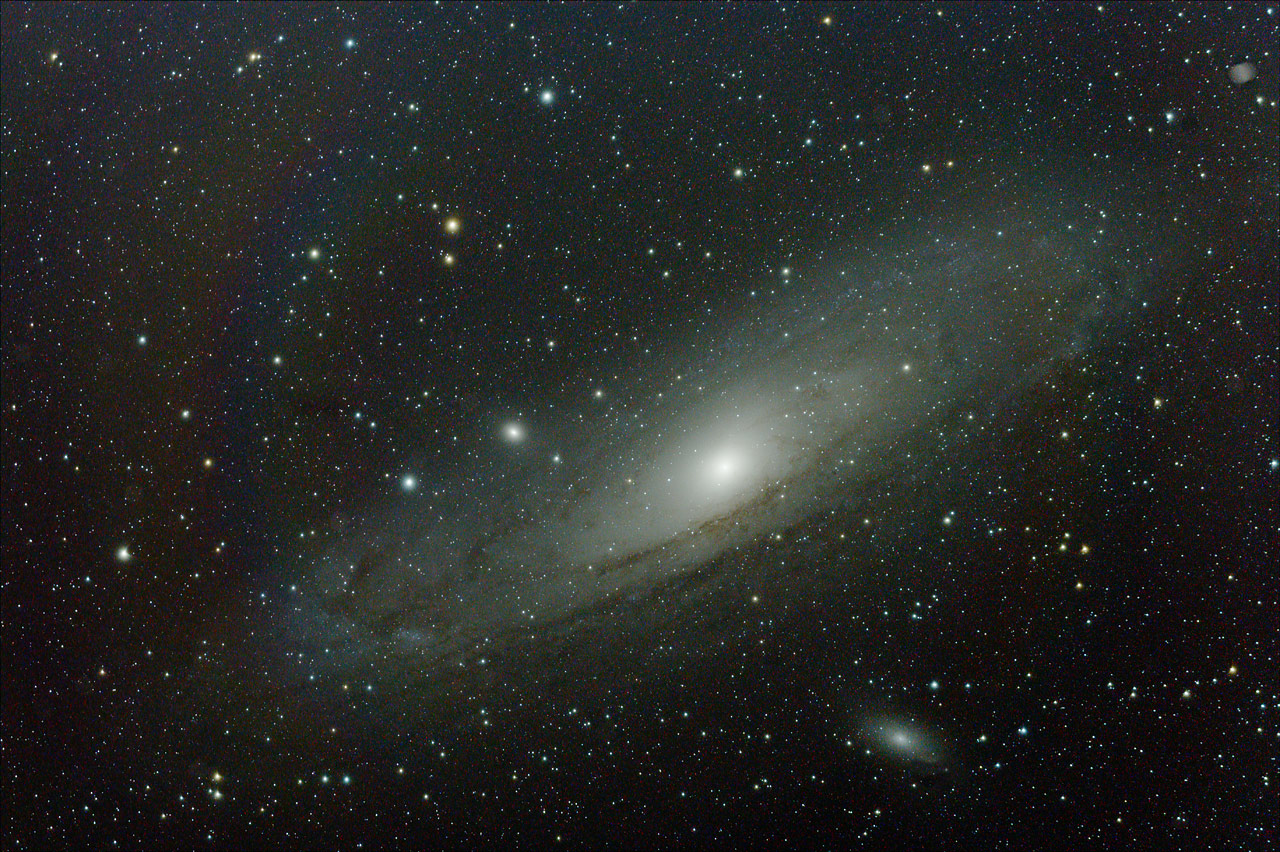 I did a curves adjustment to bring out the feature.

It looks a lot like what I remember "Newton's Rings" looks like. That would occur from two optical surfaces in partial contact. If so, it is a defect in your new lens. Was it dropped? Do you have any other optical elements in the optical train? A field flattner?

SWT & Bob : No, I did not have any filter or any other glass element in front of it (or in the back). This was from camera only on a tripod - no tracking, no OTA.

As stated before, the lens was used for some MW shots in early Oct and then it has been sitting in its pouch. No drops or mishandling. It may be a lemon. I just bot it about a month ago, so I hope I can return it and get a better copy. I know Rokinons etc tend to be variable in their production process, but Nikon? I did not expect this from Nikon ..... Anil

Like I said in my earlier post, it is under exposed. Look at the center where you see a lot of stars and then look at the corners where you don't see much more than blackness. Under exposed. Turn up the exposure a stop or two and the gradients will go away. You will still have a brighter image in the center gradually getting darker toward the corners. That is what vignetting does to an image.

single shots were all at ISO 200, f1.8 and 3 sec exposure to avoid overexposure due to LP:

ISO 200 is rather low, with a 3sec exposure. I'd push to 800 to 1600 ISO.  Don't worry about overexposing light pollution,  you can subtract that out later in post processing.  If your picture is too dark to start with, there isn't any real signal to work with, than the dimmest signals have so few bits of resolution, you can't see any useful detail in the darker region, even with post processing.

Thanks for all your responses. They were very helpful ..... Anil