These are low quality so i'm not gonna judge de ISO performance but the camera did nail the focus in dark environement.

This is great news.
C

And here are the RAW files for you to play with (for non-commercial use only please!)

Love to see any treatments you do on the files - I have deliberately not touched anything - no treatment at all.

I'm excited! Picking mine up in the morning (that would be today!).

There were two occasions when the camera couldn't focus - the portrait of hannah in the car was one - but you have to understand - the only light in the picture was the car dashboard - that's it - it was ridiculously dark - but i took that shot handheld!

The one that it nailed that i was so impressed by was the photo of the life size nutcracker - that was SOOOO dark . But it nailed it.

I did shoot for a bit during daylight in "normal" situations and ISO and the focus was awesome.

Why is it that only Australia seem to have the camera? I couldn't get a review anywhere before now.

Thank you very much for posting these. They are quite impressive.

In the two shots where the camera didn't auto focus, did you manually
focus or were they taken blind? I ask because it must have been hard
to manually focus, and yet the shots seem reasonably well focused.

I think the next thing that we would really like are shots of moving
objects and your report of the tracking experience--if you could.
--
Mike S

Thanks, good samples. I commented in one of the images that it'd be useful to include basic exif below images: ISO, f/number, shutter speed. That would save going for exif for each shot.

I can't see any banding or pattern noise.

here it doesn't or you have to make it first a DNG , ARC ( CS4 )does the job from the CR2 files
--
See you in Zweinstein

Wow, 12800 looks like 1600 with my 1Ds MKlll noise wise, but the 1D MKlV has more detail. Crazy! I bet these print very well with no indication of ISO showing in the print.

Just pulled the RAW file into Aperture and opened Noise Ninja on the automatic profile.. they clean up very well.. the girl at the fence is very very good at 12800 and cleaned up in NN.

here's an export of the file - default RAW settings in Aperture for the camera model and automatic NR in NN.. export is at original size.

Thank you very much for your kidness. Not many people share immediately images nor raw files.

Files 91 and 94 don't work (marked as forbidden) The rests are huge! Once I end downloading I want to check the sizes in jpg straight convertion and cleaned.

I really appreciate your effort.
Have a merry christmas.
--
Jorge

Just worked on the files in Aperture. They clean up well but don't seem nearly as clean as the D3s samples I've seen. And trust me, I'm a Canonite, I want the images to be spectacular.
Check the included D3s image, shot at 25,600. Check the detail in the stockings.

Of course they're 2 different setups- the high ISO Nikon image is dark but well lit, after all. The only way to know for sure would be to photograph the same setup with both cameras.

Untextured fields have the most problems, such as skin tones on the face closeups. Images with texture hide the noise very well when taken through Noise Ninja. The good news is the 12,800 images do seem workable.
If I hadn't seen the D3s images I'd probably be a lot more impressed.

A couple of the links to the RAW files are broken but a big thanks for taking the time to post these! 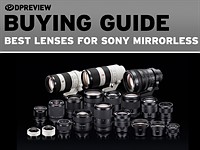