Started teaching Adobe (PS) in 1992. Started teaching LR and using LR when it was released. Switched to C1 in 2012/13. PS/LR are free for me (paid for by employer). I pay for C1 and I'm not switching back. C1's image editing tools are better and the rendered image is better. A very high priority for me is a raw workflow that is 100% non-destructive and non-linearly re-editable. C1 does a better job meeting that priority for me than does LR/PS and that is what initially drove my switch and a reason I won't switch back.

I’ve been using LR for several years and I didn’t notice this before, but since I started shooting with the 26MP XT3 I expected much better images, but the problem is not the camera, is just that for some reason LR doesn’t like newer Fujifilm cameras?

No matter what I do with the RAW files from the XT3 the sharpness and detail are simply not there, and the color output is not all there. It has become a real pain on the butt to have to spend way too much time in PP. Light Room is okay, but after upgrading to the XT3 LR is definitely screwing up by the way it handles Fuji RAW files. I’m really disappointed so I completely agree and believe what you said.

The few wedding photos I got recently I gave the RAW files to two different experienced photographers and they did NOT bloody liked the Fuji files and they both told me the same thing, that the images are lacking sharpness and detail. Guess what they are using? Lightroom 😭

I wasnt wanting to bash the softwares.. but I also asked for opinions so thank you for yours in general I'm happy with LR but I think images can be better and hope Adobe address it soon purely for my convenience haha

I feel the same way as you.

I do want to explore this a bit more though. I CAN get sharp images in LR with good detail. I'm going to post 4 images later of the comparisons I did. Main focus is around the eyes (you will see what I mean) C1 and on1 i could push and get sharp. LR any sharpening past 70 or 80 and worms appear at the edge of the pupils (i'll post an example of this too)

Yeah I too can get sharp images, but honestly it has become a hassle.  The images are simply "missing something".

If you really want to eliminate Fuji being the issue in LR - choose an image which is particularly bad for you, and do the enhance detail on it. This will create a large DNG file and any issues with the xtrans demosaic causing a perceived reduction in sharpness etc should go away. It should be detailed and sharp if indeed the image / lens was sharp. Alternatively just do a trial of one of the other softwares and try it (even the free C1 mentioned later)

The issue is LR, not Fuji why, because look at the jpegs.  The jpegs are AMAZINGLY good, color output, sharpness, detail, then look at the RAW file and after PP for several minutes there is still "something missing".  That's just the way I personally feel.  The RAW files should look even better than the jpegs, but I feel is vice versa, IMHO.

Anyway look out for my sample images in a bit 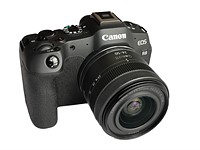 The Canon EOS R8 is the company's latest mid-level full-frame mirrorless camera. It brings the sensor and autofocus from the EOS R6 II and combines them in a smaller, more affordable body.

See what Chris and Jordan think of the Canon EOS R8 after shooting in Charleston, South Carolina.

The Canon EOS R50 is inexpensive. It's tiny. Is it good? Jordan and Chris dodged alligators in South Carolina to find out.

What's that Noise?Shedding some light on the sources of noise
Top threads in this forum
Most bookmarked in this forum
Top posters in this forum
www.dpreview.com
Follow us
Mobile site
About
Editorial content
Cameras & Lenses
Community
All content, design, and layout are Copyright © 1998–2023 Digital Photography Review All Rights Reserved.
Reproduction in whole or part in any form or medium without specific written permission is prohibited.