i haven't owned my G3 for years. sometimes it got out of focus pics using the 45-200, and those could have been shutter shock, i suppose. but while the lens wasn't one of the best when it comes to IQ, many of my pics with it were sharp.

are shutter speeds a contributing factor when it comes to shutter shock?

Of course shutter speed is the major variable for shutter shock. In most cases it seems that the speeds around 1/100 - 1/200 sec are most effected. Don't know about G3 specifically... And some lenses are more prone than the others, which seems a bit suprising.

But, a 200mm lens, 400 mm equal, is a long tele itself, and as one, needs more careful approach than wider lenses anyway. These IS /Ois etc things in our modern cameras do make a difference, allowing handhold shots with lenses I never thought to be handholdable (in film days) - and giving sharp results after that.

But the IS / OIS etc won't stop the world moving. If you try to get a sharp image of a flying bird or a running child at 1/125 sec, you won't get a sharp one... Maybe a good artistic one, but not a really sharp one. 1/1000 sec might be too slow too. Depends on the bird and the child.

So, if you got some sharp shots with the 45-200, the lens itself is a sharp one. The blurring is caused by other things - like wrong focus, too long shutter speed, other technical issues, user error...

Usually, shutter shock is the main culprit. Modern bodies with EFC or ES solves this issue. I am not totally convinced by Panasonic's "new" magnetic shutter release though.

H&Y has announced a new system of magnetic filters and accessories called Swift, designed to make switching filters in the field faster and easier than traditional filter systems. We tested two magnetic kits aimed at still photographers and filmmakers 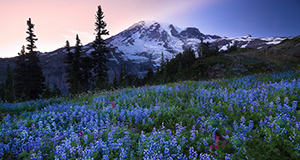