I have been photographing a pair of merlin at Jamaica Bay National Wildlife Refuge here in New York City for about 5 years. There is construction at the West Pond and I was not able to get to the spot where they usually are in the late afternoon causing me to chose another location to shoot from and one that would be the best I could do as the spot we call the runway is closed. I was photographing the huge flocks of brant geese coming and going when I spotted something move in a tree near me. Pointing my camera at the tree I expected to see a perigone falcon that spent a lot of time in that tree last year I saw a falcon like shape. I added my 1.4x TC and thought I was looking at a female kestrel. I moved closer and adjusted my exposure to see this merlin in cloudy light with a cloud in the background. 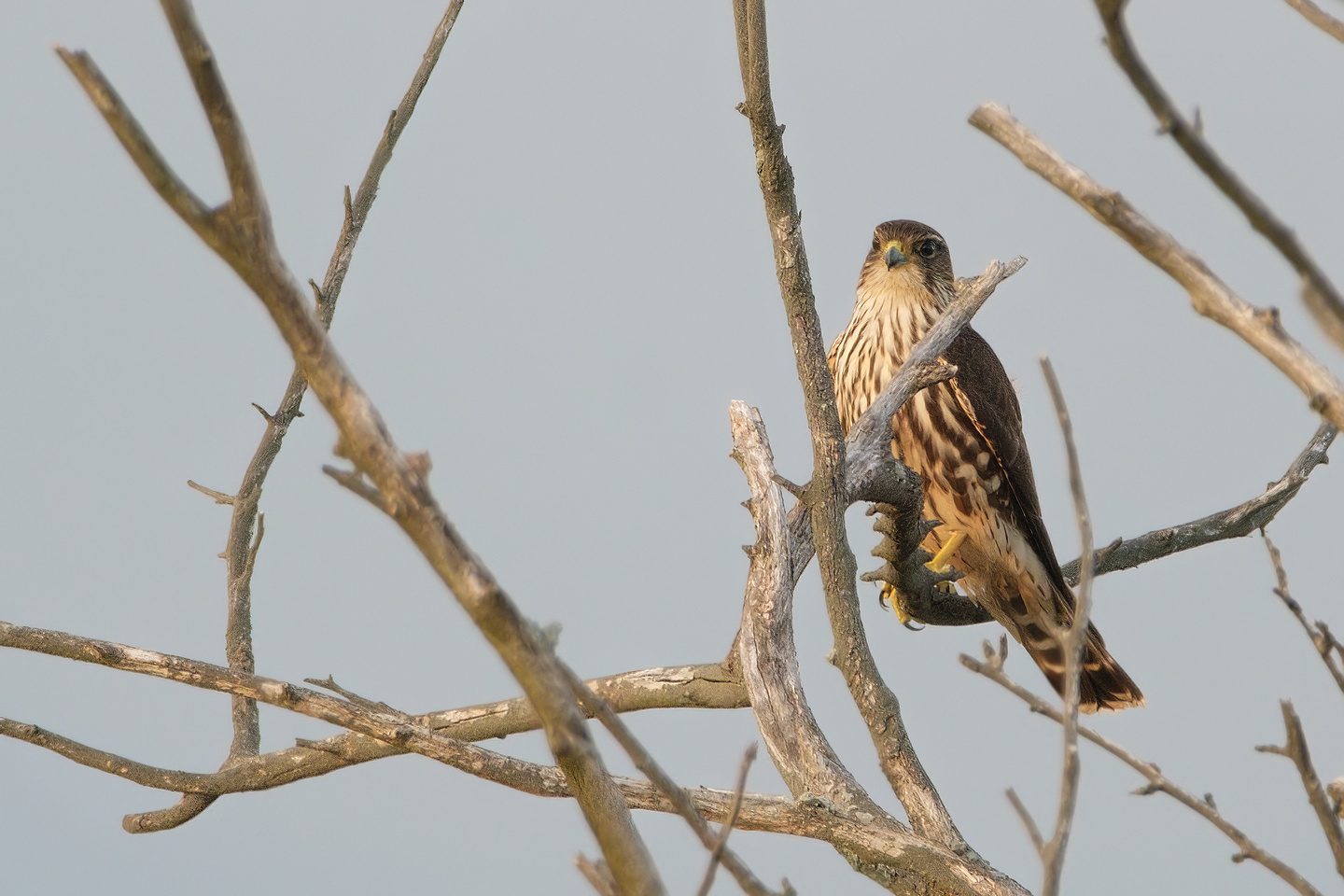 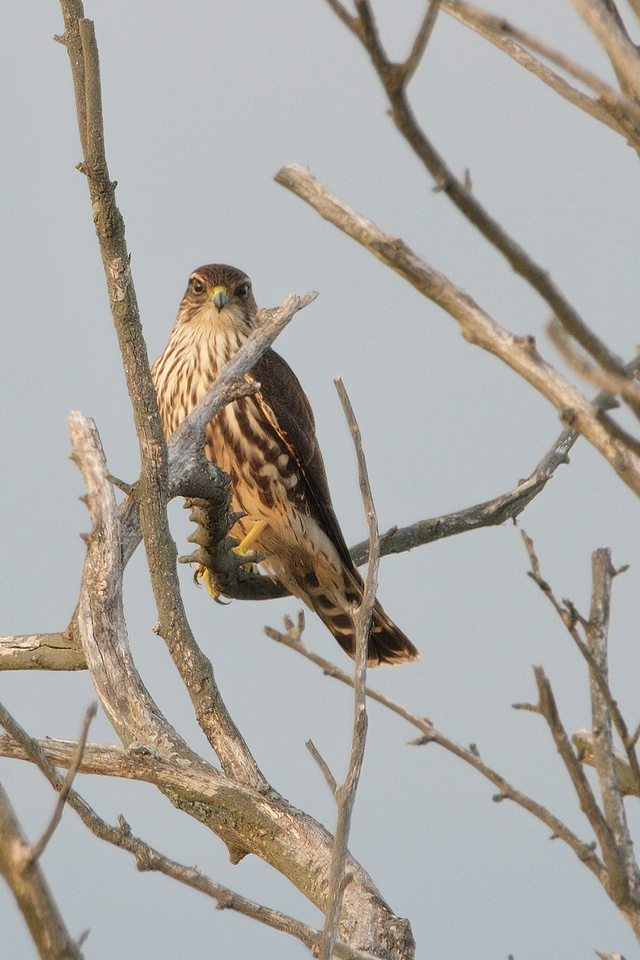 After I took these photos it flue off hunting. A bit later with a thin layer of cloud and late day light I saw it do a touch and go and captured these photos. It flew close to me as if to check me out and then flew back to the tree. 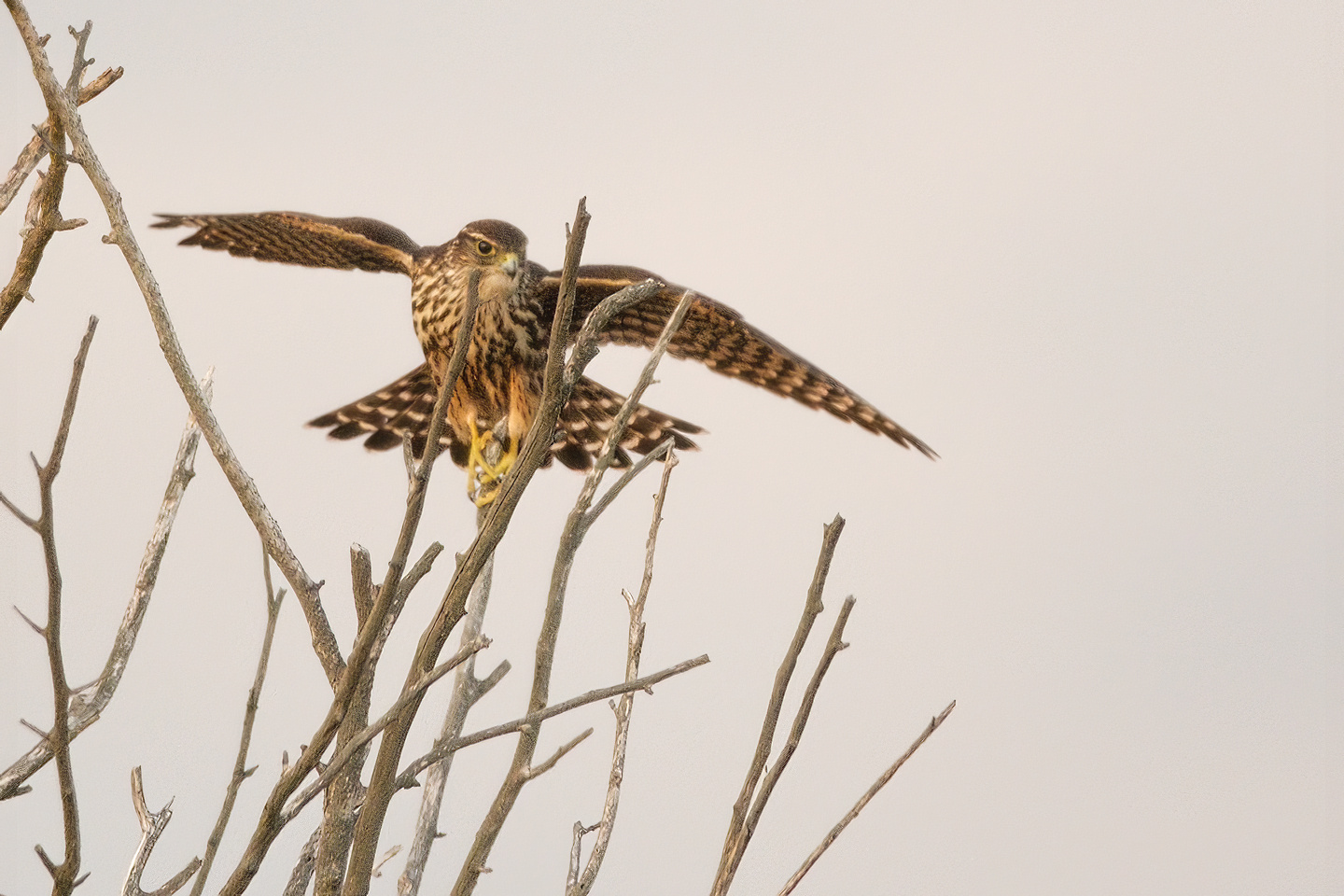 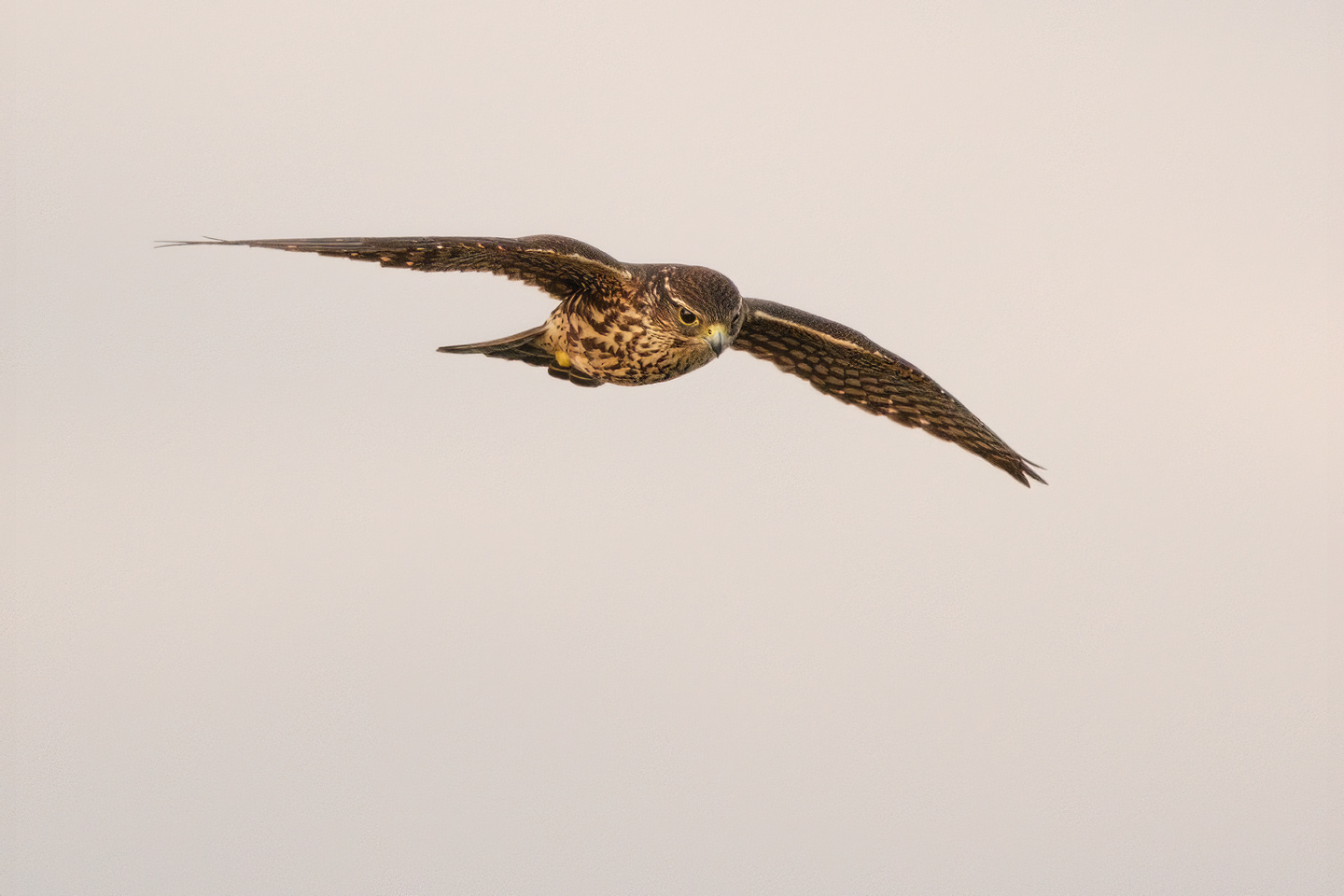 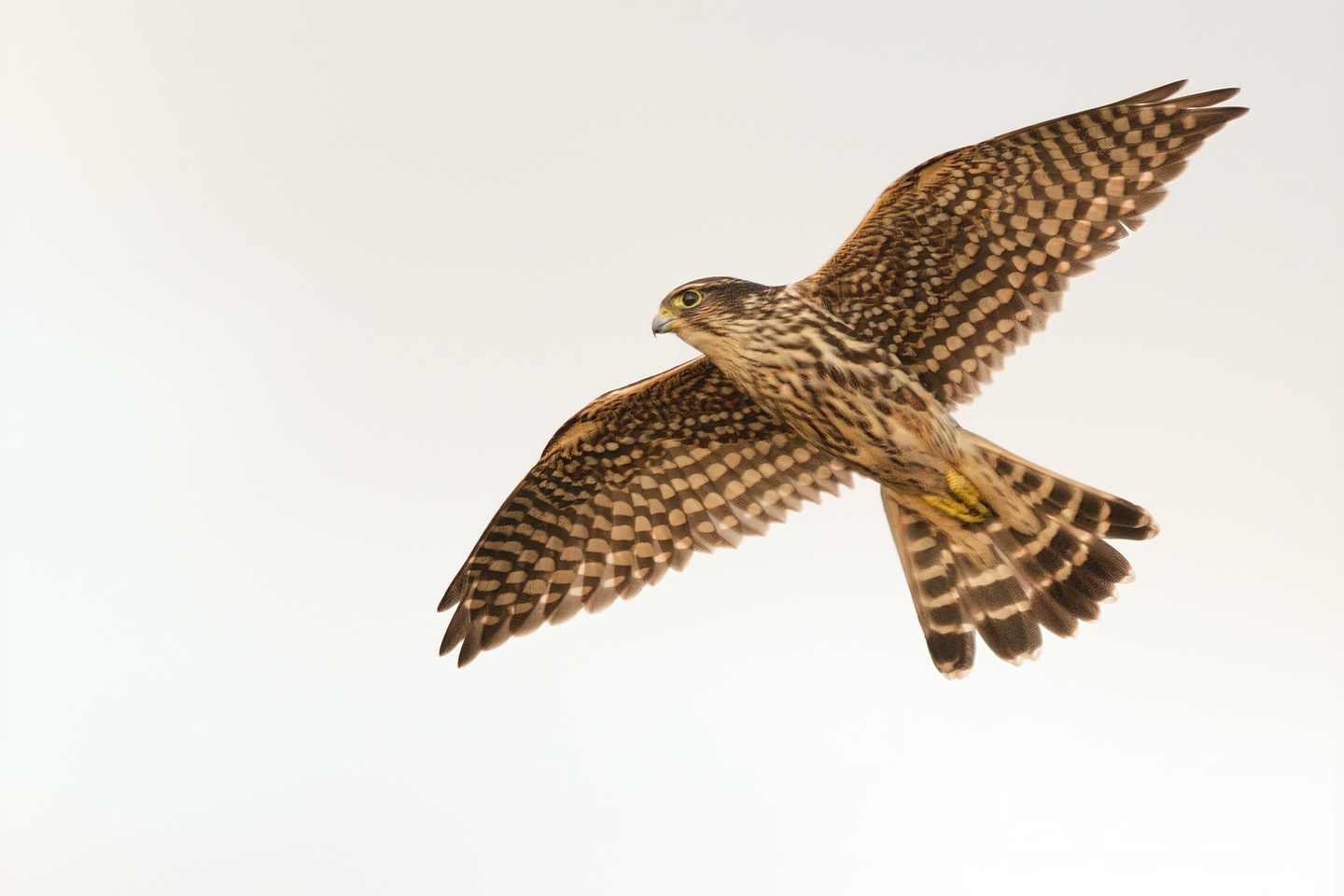 It took off again clearly hunting something and disappeared for a long time making me suspect it had a meal. A while later the sun broke out in a gap between the clouds and earth producing stunning light. I thought it would be great to photograph the merlin in this light. To my delight it returned. 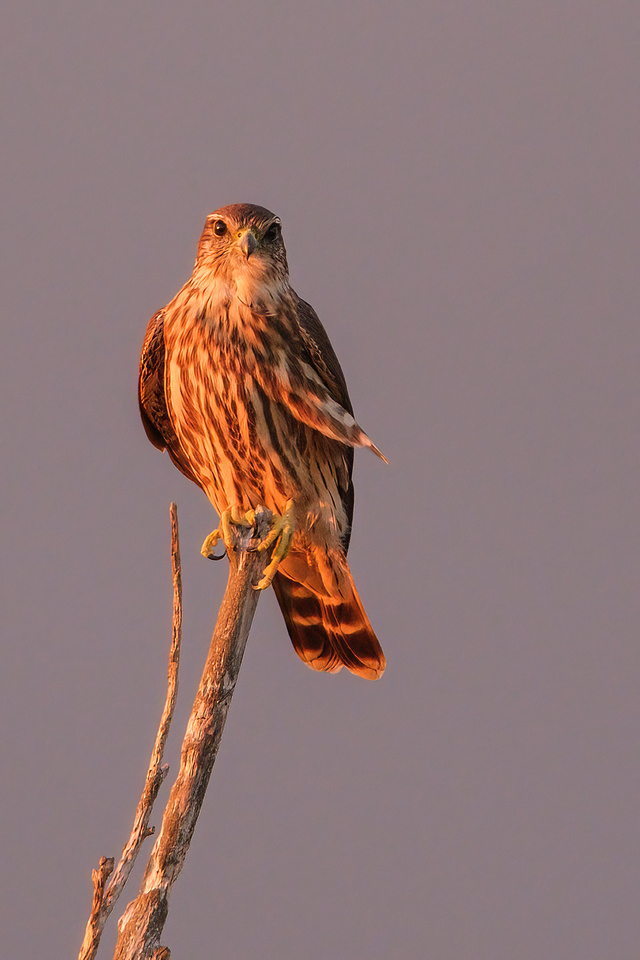 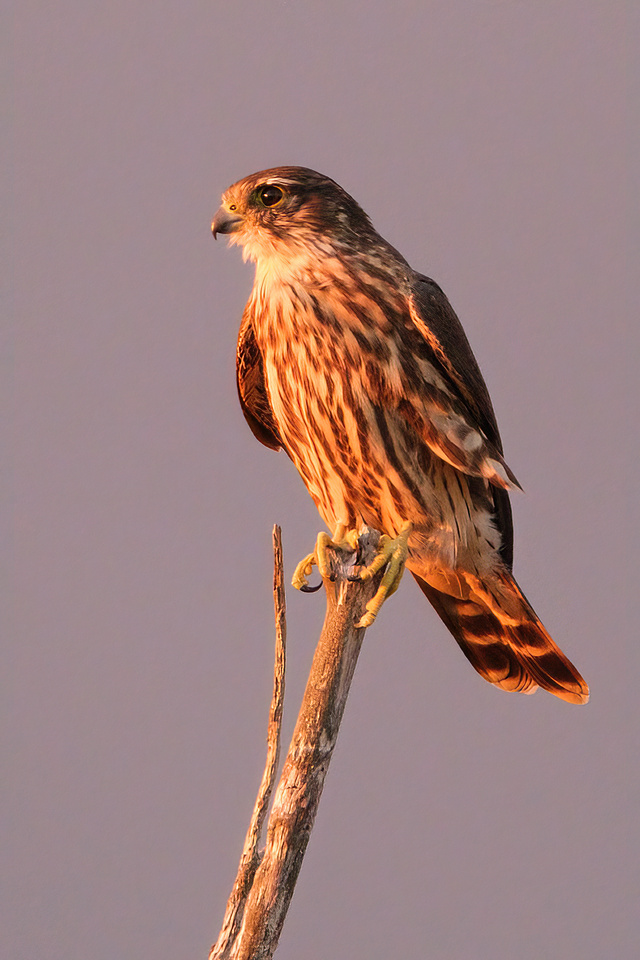 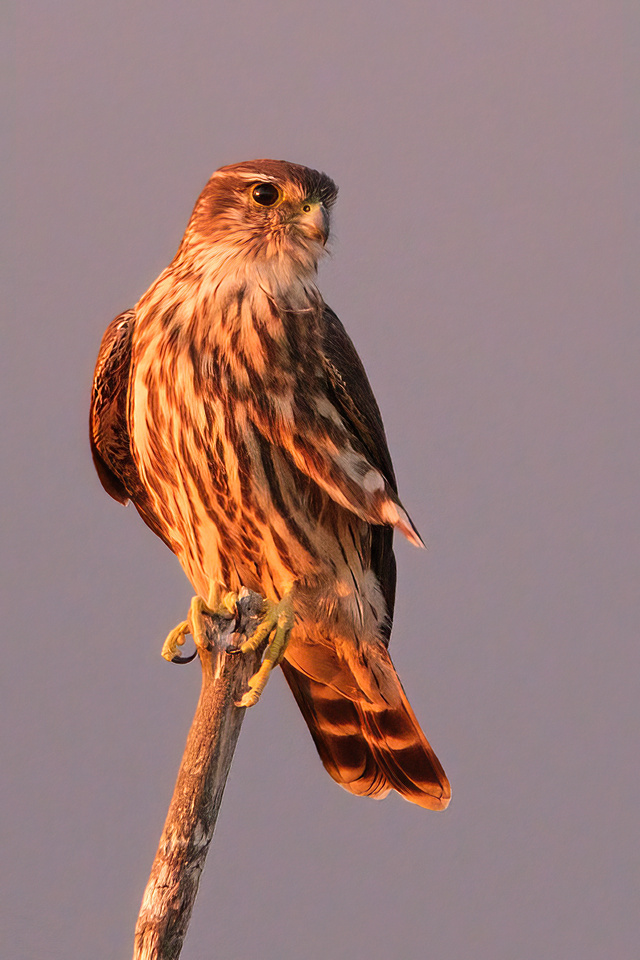 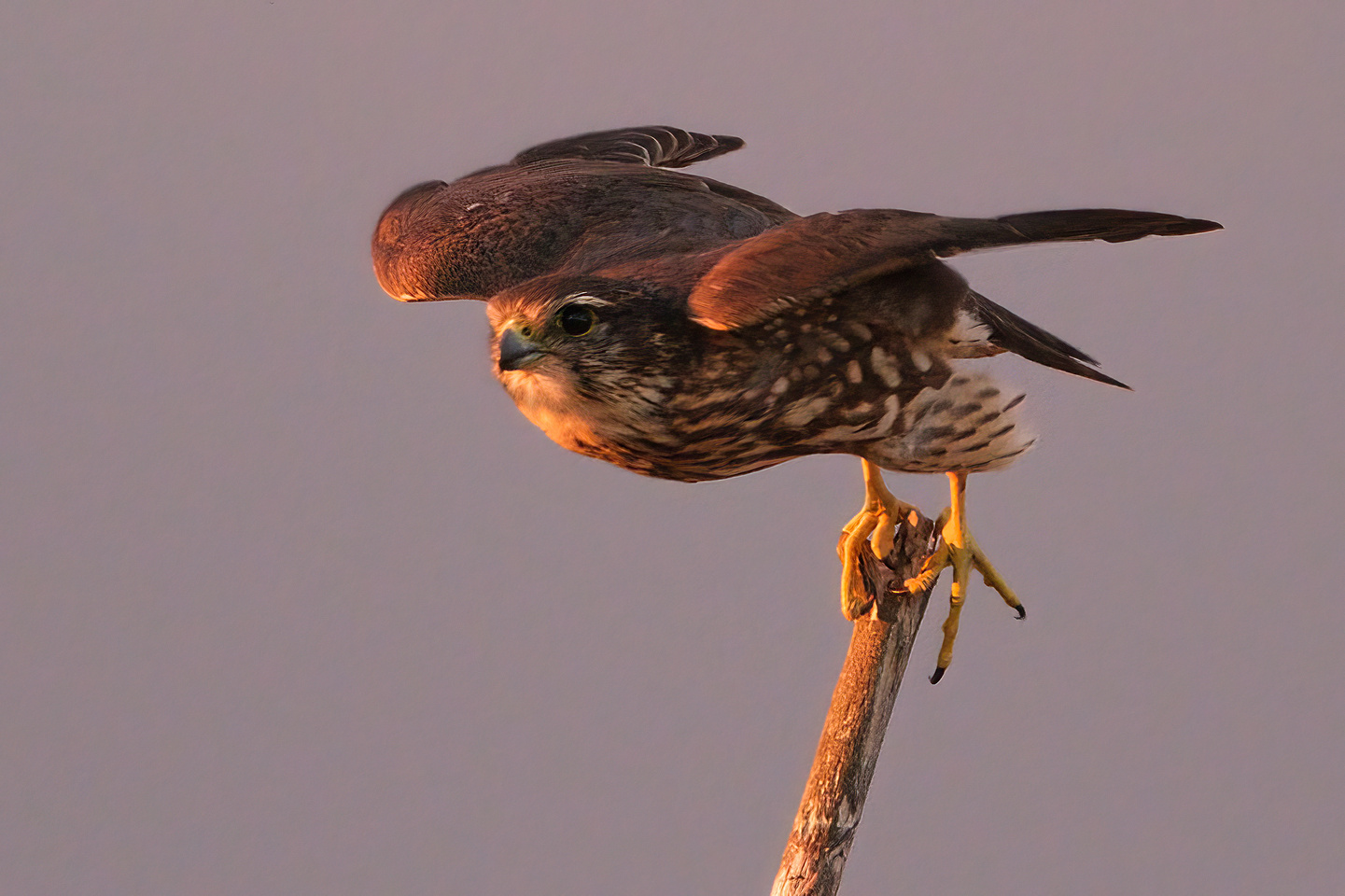 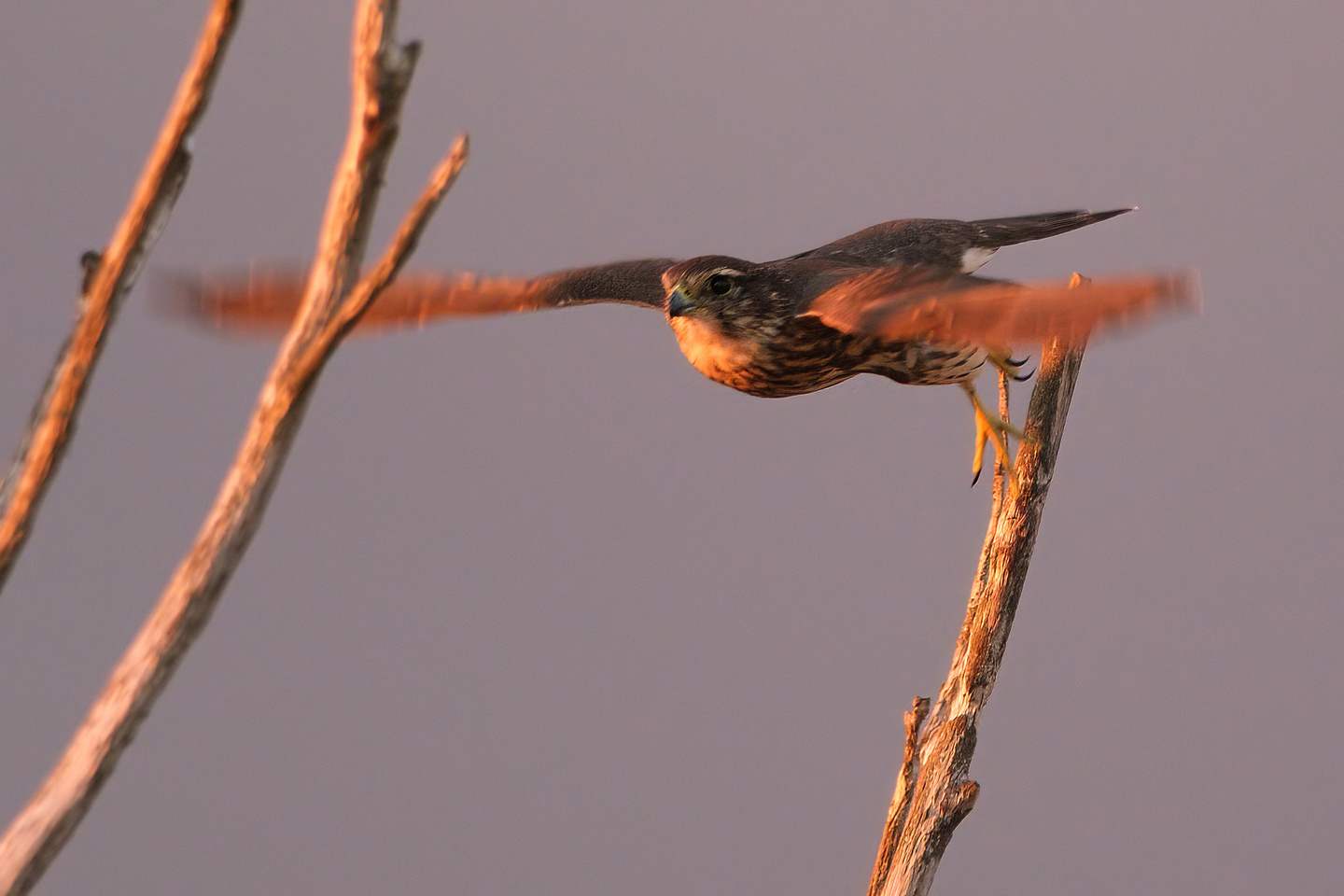 The light was gone a couple of minutes later.