When Hoover Dam was built, it carried US Highway 93 - the direct route between Las Vegas and Phoenix - across the top. This was recognized as a potential security issue for many years, and after 9/11 they finally built a bypass bridge just downstream. 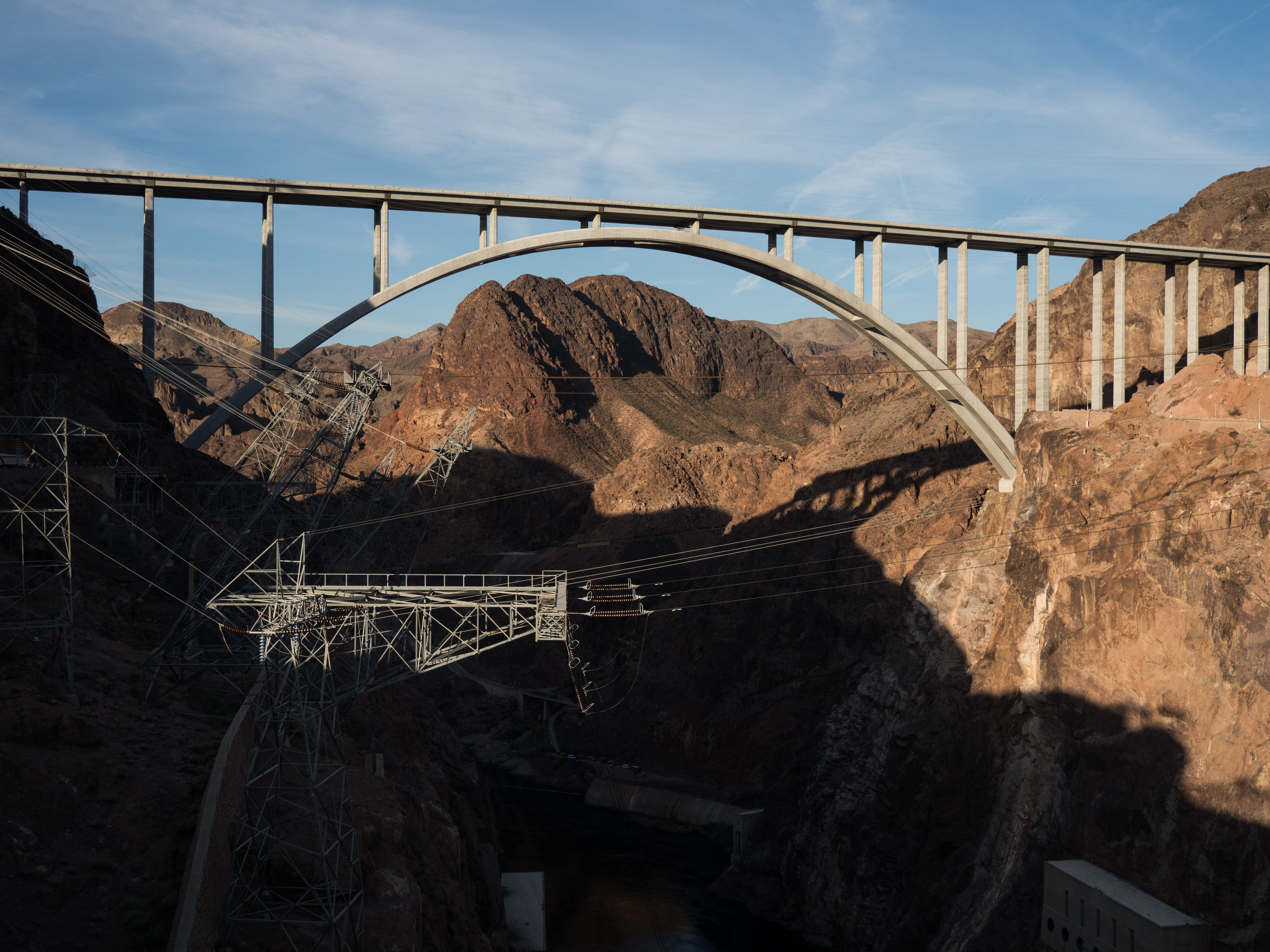 Did you know there's an observation walk running along the bridge, 'way up there? 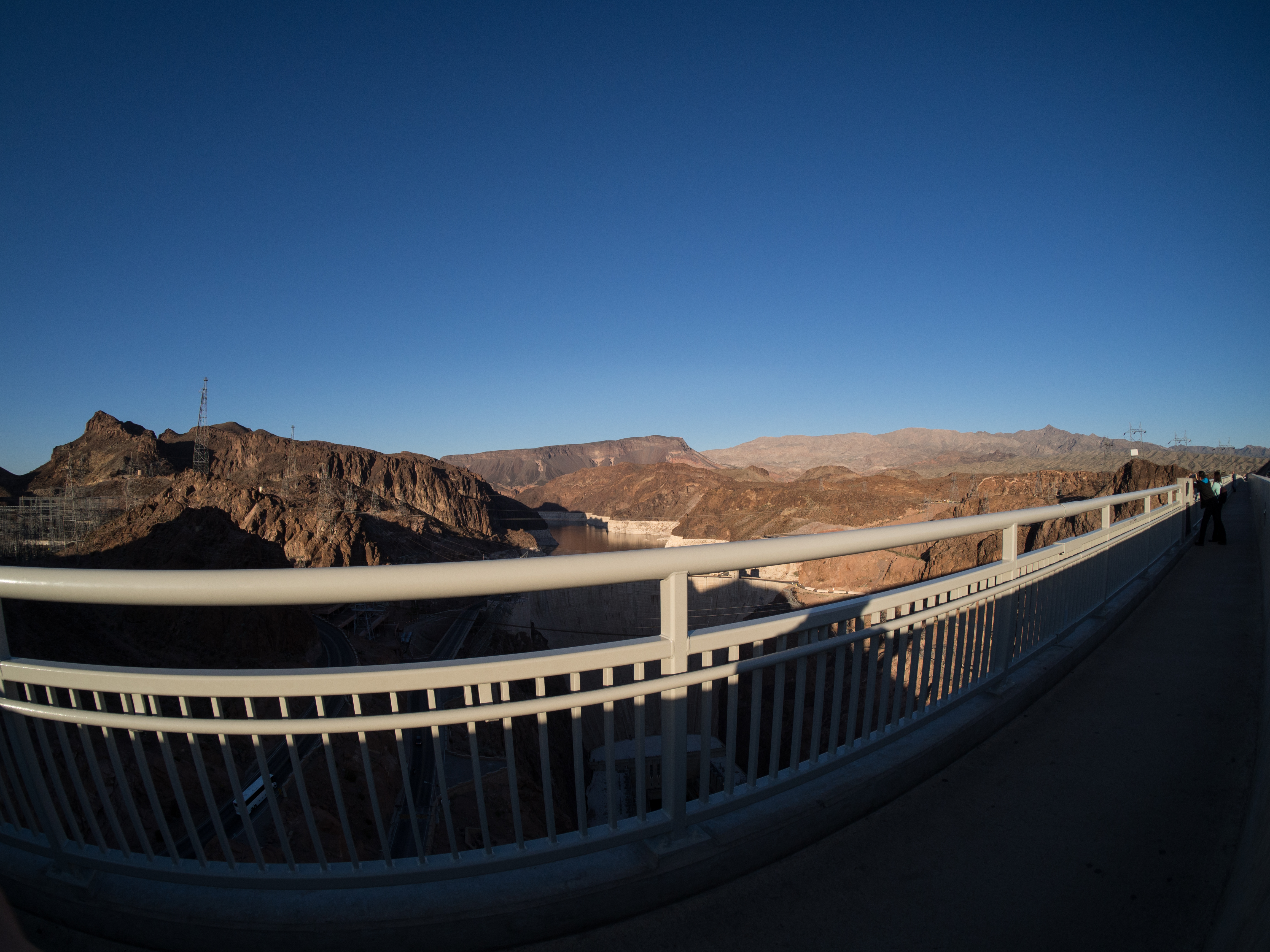 It's a loooong way down. At least there's a heck of a view... 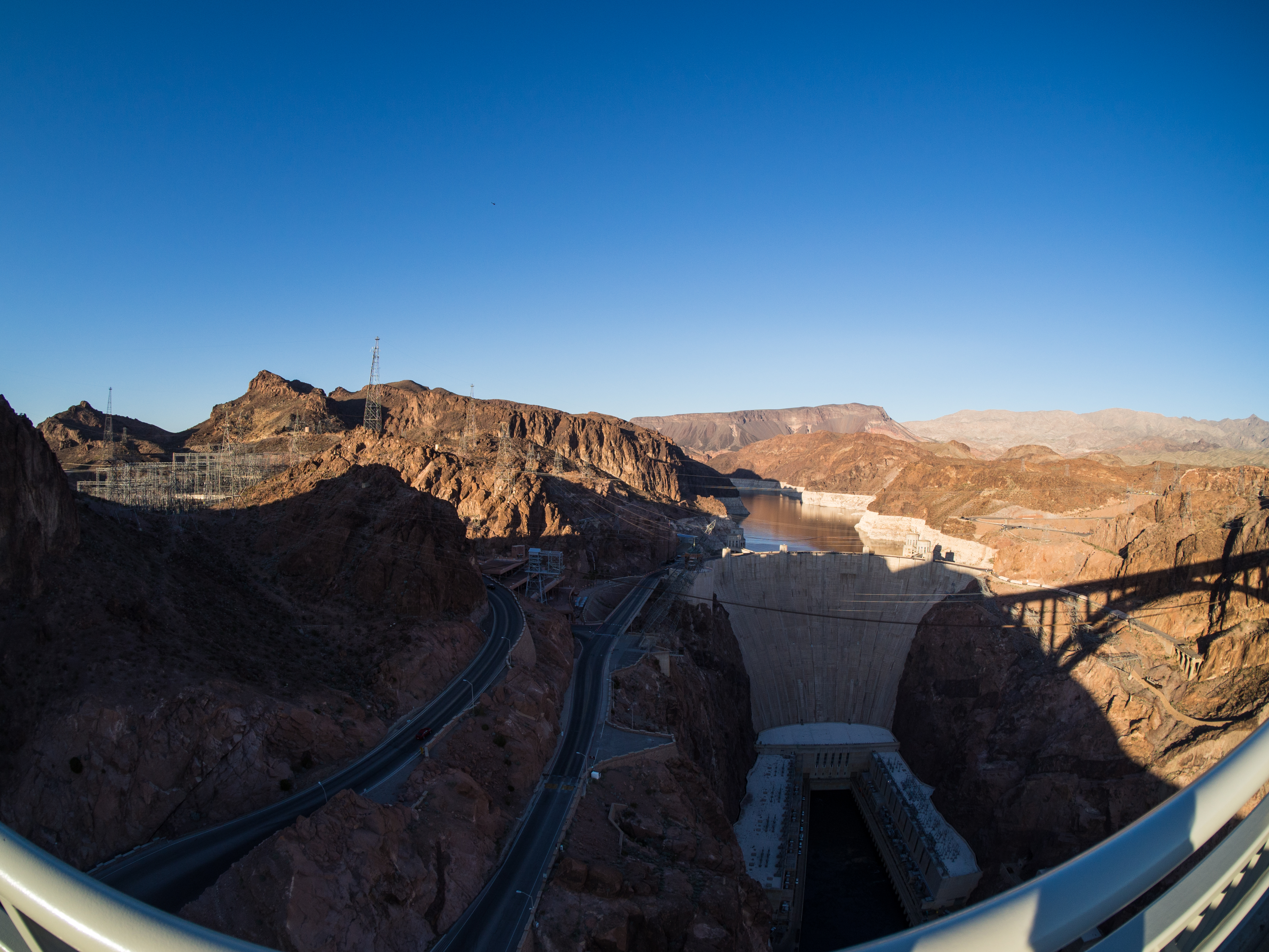 (See the way the access road winds around in a tight hairpin? There's another reason they built the bypass; Hoover Dam is built in a deep and rocky canyon, and the old highway had a lot of steep hills and sharp curves. The new route is much safer, if rather more boring.)

When they were carving out the foundations for the dam, arguably the most daring workers were the high scalers  - they swung out over the lip of the canyon, setting explosive charges to blast away large chunks of rock, then swinging over to clear the debris before the dust settled. 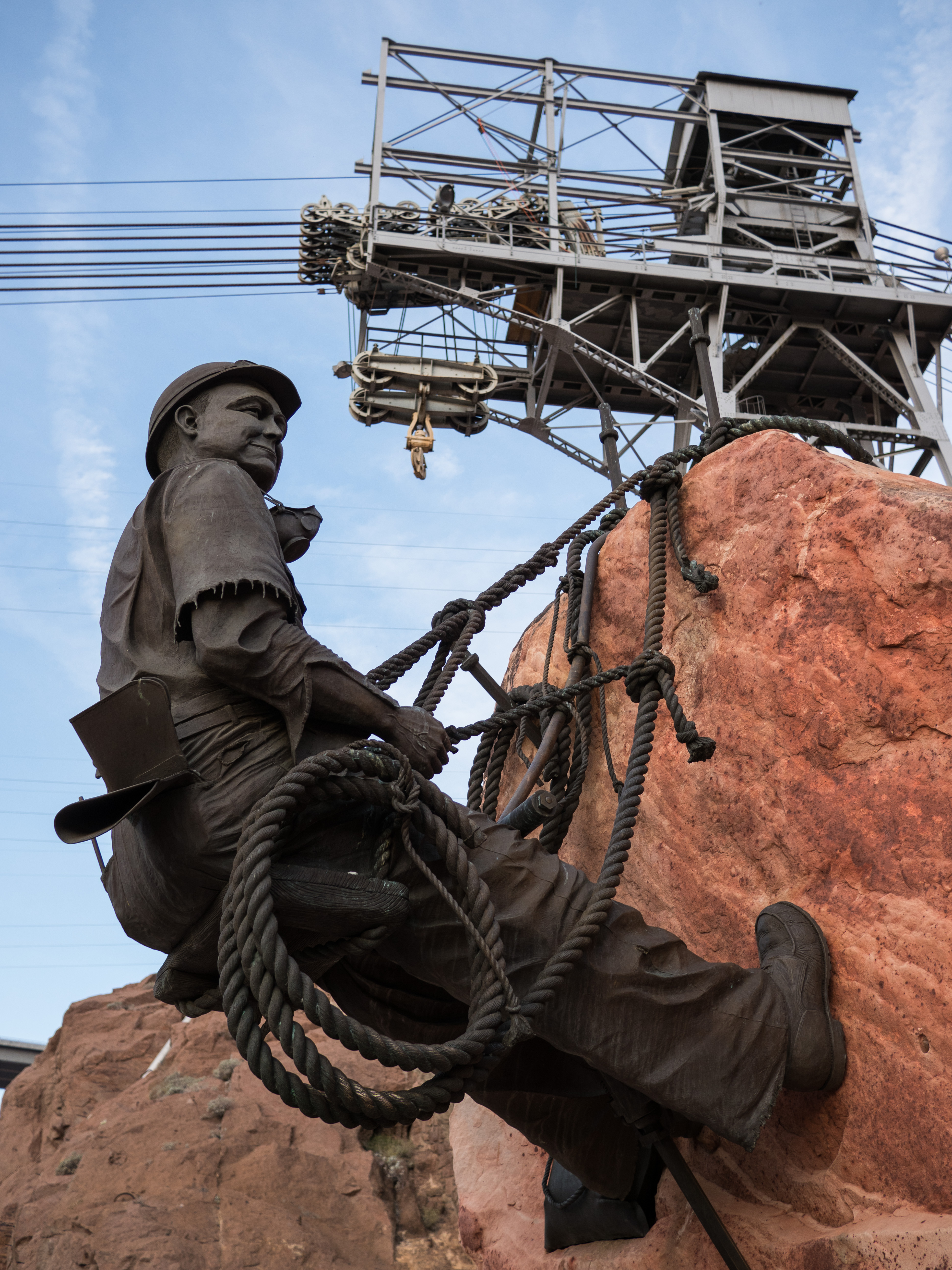 Today, their successors work to keep loose rock from the walls from coming down on the road and visitor's center: 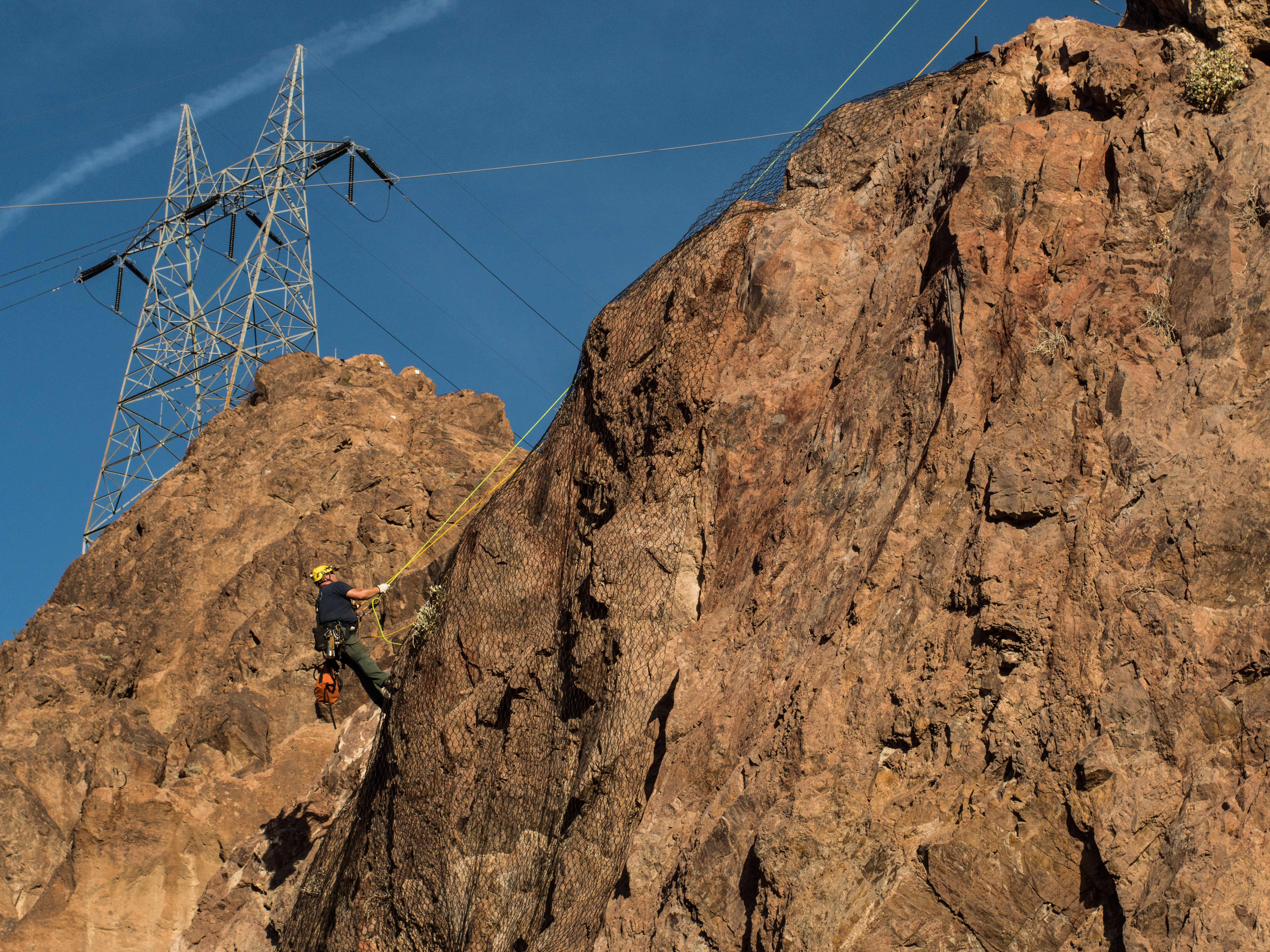