So long and thanks for all the fish!

Been a bit ill for a while, so I have really not had much enthusiasm for anything, sadly.
Hopefully, things will get better in a month, according to the doctors but just now I am a bit below par (spent ten hours in ER on Thursday, and since then I'm getting shots every 24 hours for at least over a month, probably longer.

Maybe I should add that my problems have nothing to do with cancer, just clogged veins and things like that. Takes time, tiring, and hopefully with a happy ending!

Hope you get better soon - sounds like something I had DVT/PE which laid me low for weeks - excruciatingly painful and debilitating. Now on blood thinners permanently but fit as an (old ) fiddle.

Thanks, Richard! On massive amounts of various blood adjusters, including various thinners. I guess it is some form of scleroderma, but they have not mentioned it to me, yet, Many of the signs are here anyway, swollen legs and odd bumps in the skin.

I would prefer it wasn't.

tordseriksson (at) gmail.....
Owner of a handful of Nikon cameras. And a few lenses.
WSSA #456 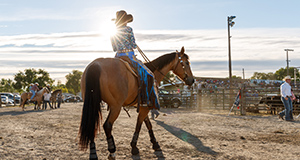