DoF may not exist...

Started 3 months ago | Discussions thread
Jared Willson • Senior Member • Posts: 1,328
Re: Done and dusted
In reply to JimKasson • 3 months ago

You asked -- a long time ago, not just today. I answered. I did a fair amount of work to verify my answer (which, by the way, works for the a7RIV, too). I asked you to see if you agree with my answer. You haven't done that. The ball is in your court.

If it works for the alphasevenarefour then I am suspicious because that camera is a smaller format that we used to call Full-Frame that has a lot more DOF than the GFX. 😁

Greg, you are quick to disparage the conclusions about the GFX of those that don't shoot the GFX. Yet, you have the temerity to opine with superlative certainty about the a7RIV, which I believe you have never used. Have you used the a7RIV in secret?

I have both GFX 100x cameras and an a7RIV. When you do the kind of examination of the image at 1:1 that you're talking about, the size of the sensor doesn't matter. In both the case of the a7RIV and thew GFX 100x, the vast majority of the pixels in the image will be off the screen, and won't influence what you're seeing. What will influence what you're seeing as to sharpness vs focal plane distance is the pitch of the sensor -- which is the same for all three cameras, the size of the microlenses -- which is the same for all three cameras, the lens, the aperture, the subject distance, and where the lens is focused.

Take the same lens, set it to an f-stop, focus it at a certain distance, aim it at a subject, take the picture, develop it, and pixel peep at 100% magnification. You'll see the same sharpness vs distance for both the a7RIV and the GFX 100x. So the same CoC diameter is appropriate for prior knowledge of the visual DOF.

Why is this so hard to understand?

You are right about that alphasevenarefour bit. I haven't shot it. I have shot the Q2 and Canon FF DSLRs for years. And of coursecI shot Fuji X a bazillion times with every lens they made but the 200.

None of those cameras have 3.76 um pitch, right?

Not sure which Fuji X series cameras Greg used in the past, but the current X-T4, X-E4, and X-S10 all have the same 3.76u pixels as in the A7R4 and the GFX 100(s). Different color filter, though… X-Trans rather than Bayer, so there could be slight differences from demosaicing. 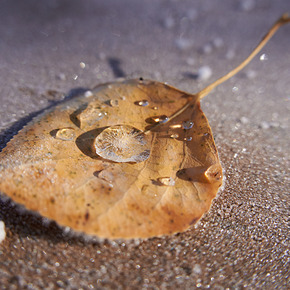