C&C On this Bumblebee

Started 2 months ago | Discussions thread
gardenersassistant • Veteran Member • Posts: 8,916
Re: C&C On this Bumblebee
In reply to John K • 2 months ago
1

I'm pretty critical of my own photography and I think that the dead Lavender flower in the foreground ruins this shot: 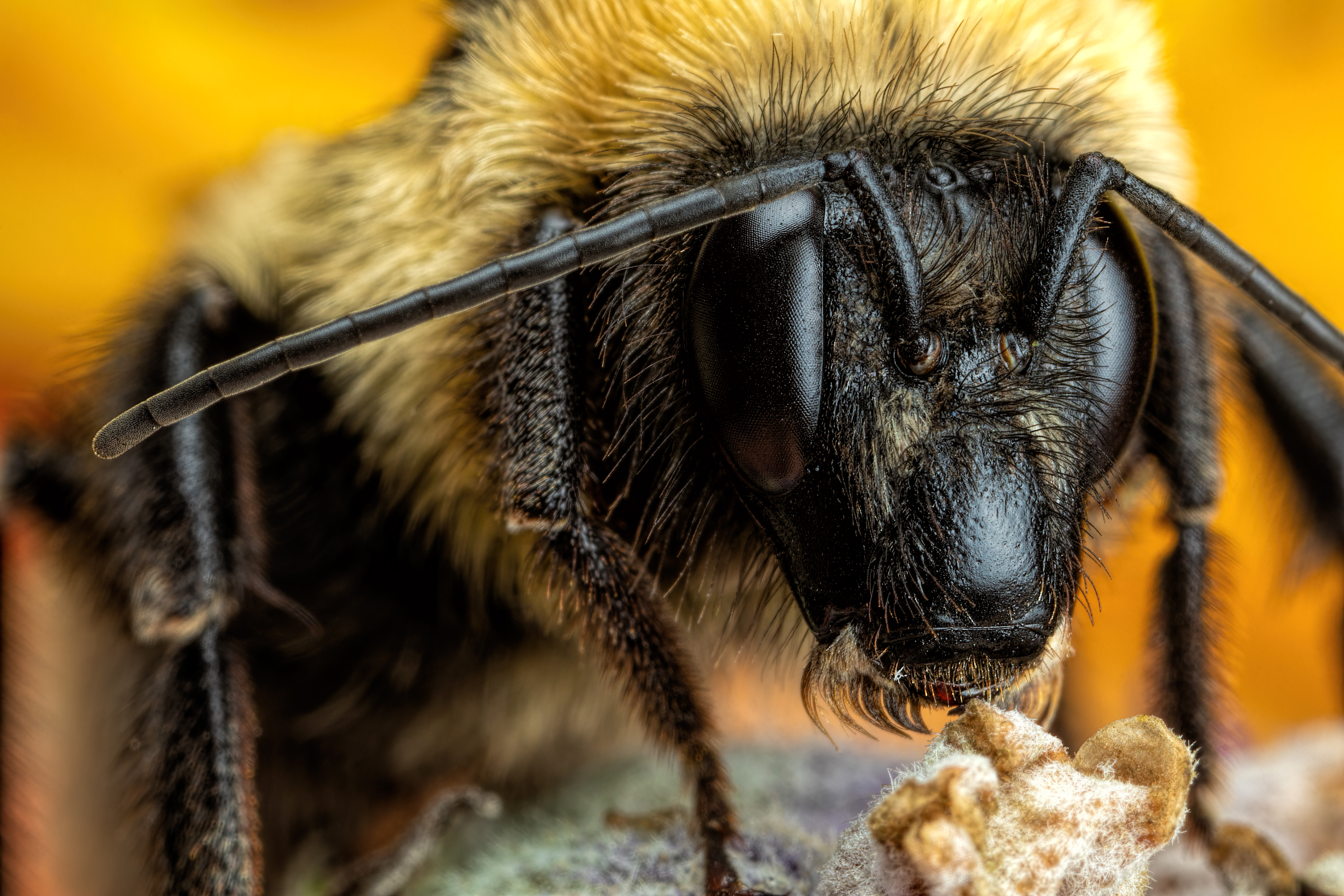 But after showing it to the Mrs, who's usually even more critical of my work than I am, I would like another opinion. She said that it doesn't bother her. What say you?

It is rather bright compared to the subject, and unlike the bright areas at the top which are smooth, it has detail/texture which makes it rather stand out for me.

However, given that it is mostly in focus, and given the the DOF is narrow, it gives the appearance to my eye that the bee is interacting with it. As such, it is fine, and not distracting, but integral to the image. That was my immediate reading of the image.

Were it out of focus, and by (visual) implication not something with which the bee was interacting it would be much more distracting for me, because it would simply be "in the way" and blocking part of the subject.

On the other hand, if the viewer knows that it is not something with which the subject is interacting, then it would seem to me to be at least as distracting as it would be if out of focus.

If you no mention what it is, I can't tell what it is. It doesn't bother me too.

Thanks. I think if that area was completely out of focus it would be really distracting.

Play around saturation/color to mask on that specific part see if could bring out the entire pic better.

I held off on pushing it too much, and that might have been a mistake.

I think Dixon made a good suggestion, and interesting that you had tried it. It is something I do from time to time to de-emphasise a distracting element. However, they are usually out of focus, and away from the subject. Selectively pulling down something that is in focus and strongly detailed/textured may be rather more difficult to pull off, the more so as it naturally draws attention given where it is in relation to the subject, and overlapping with it.