I've seen several threads, across multiple forums, where the conversation turns to getting good flash light quality in macro. So I thought I'd start a thread here where we can all jump in and share our experience. Gonna start out with a couple of disclaimers.

My experience is with field macro, where I'm trying to keep the gear to a minimum cause I want the critter to dictate how I'm going to photograph it. Also gotta move fast cause the subject is either going to move, or is in motion. The opposite is choosing your gear and techniques and then looking for a subject who's behavior fits your choices. If you shoot studio macro then some of this might be new to you, or maybe you've never had to deal with some of the same issues cause you've got a lot of room to work with.

Everything I'm gonna discuss about light quality applies to shooting in natural light as well as flash. We're going to be talking about flash diffusion, but natural light behaves in the same way.

There are two aspects to light quality that you need to understand. Is the light hard or soft, and is it specular or diffused. 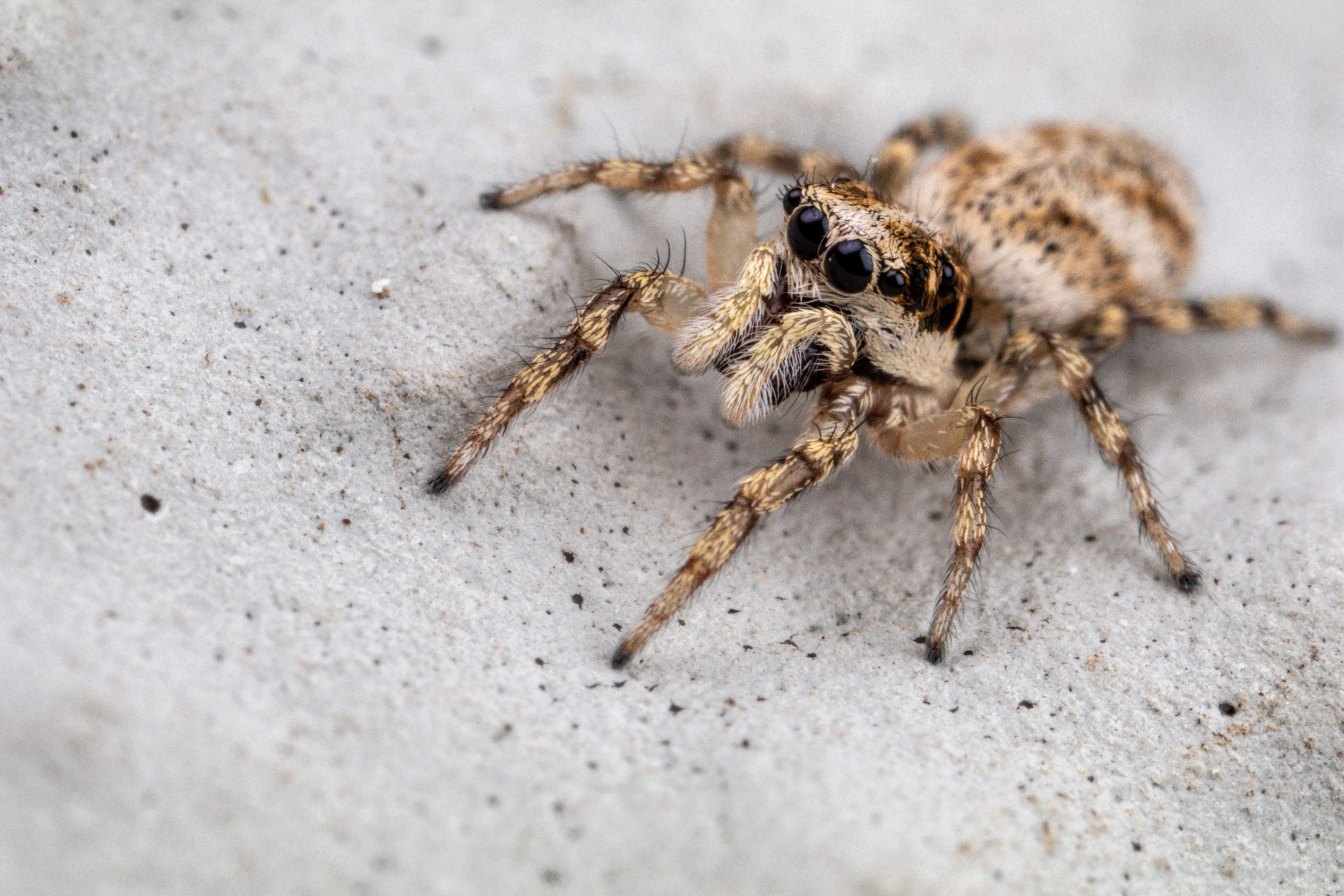 The shadow is light, and there is no hard lines between what's lit and what's in shadow. The light is reasonably soft. 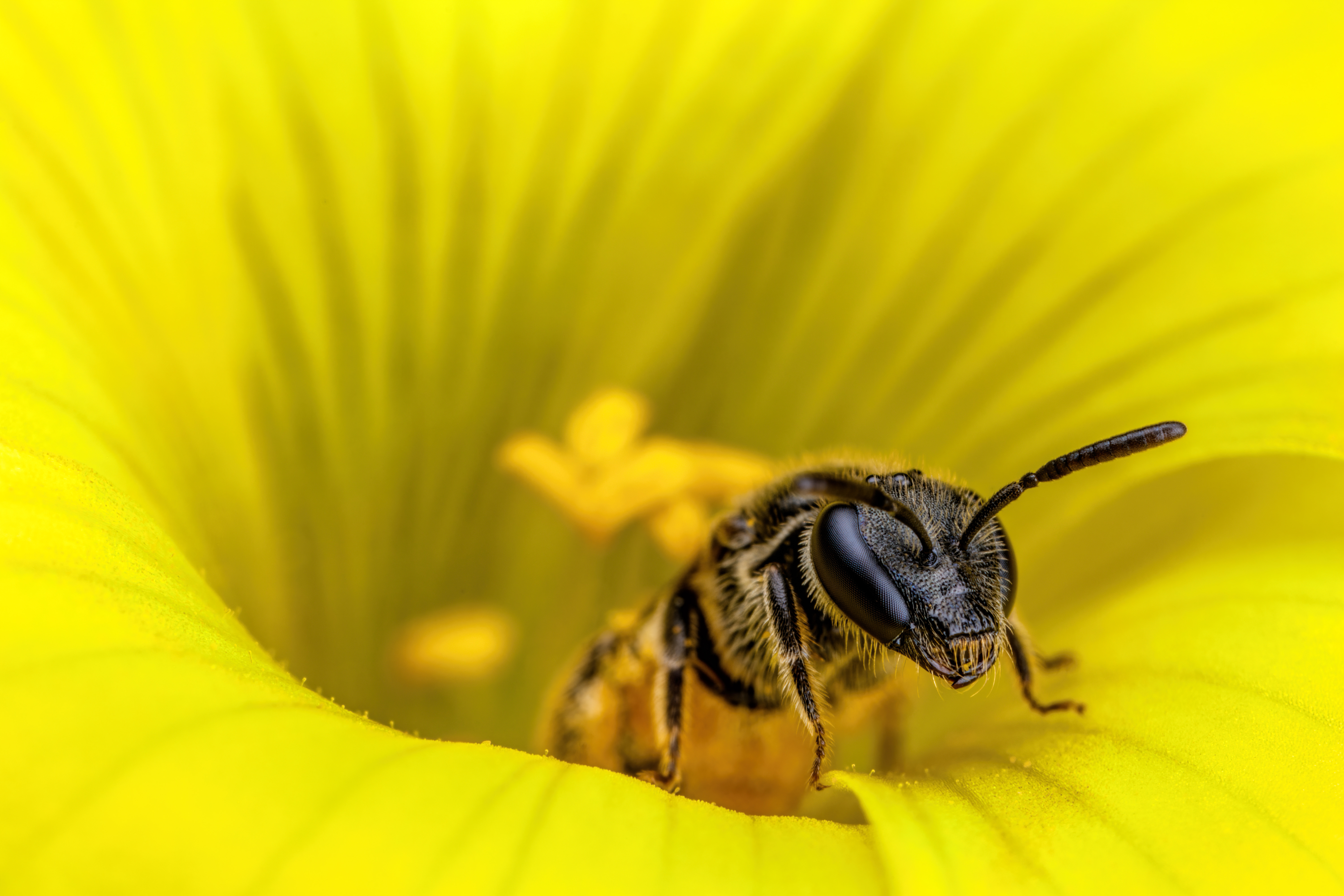 If you look at the shadow under the bee, and under the flower petal (just below that right antenna) they're pretty soft, so the light source is soft which means that it's large relative to the subject. But if you click on the photo and zoom in on the specular reflection in its eye you're gonna see pixels that have been smoothed out due to a light source that's not diffused enough. This is one of the shots that forced me to build a new diffuser.

So why is it easy to get soft light but difficult to get diffused light when shooting macro?

Getting soft light is simple because when you're shooting macro you're typically dealing with very short working distances. So making the light source large relative to the subject is easy. But that short distance works against you when diffusing the light. In a studio, where you've got a lot of room to work, getting diffused light is simple. Just fire the flash into an umbrella, or a large soft box, with enough distance between them so that the light from the flash can spread out before hitting the umbrella or soft box. Not so easy when there's very little room between the flash and the diffuser, and forget using an umbrella for field macro. The trick to getting good diffusion is to look for a material that will force the light to spread out and not just block it. For me multiple layers of 1/4 stop white silk, each separated by a small air gap, worked. It's not perfect, but I'm happy with it -for now... 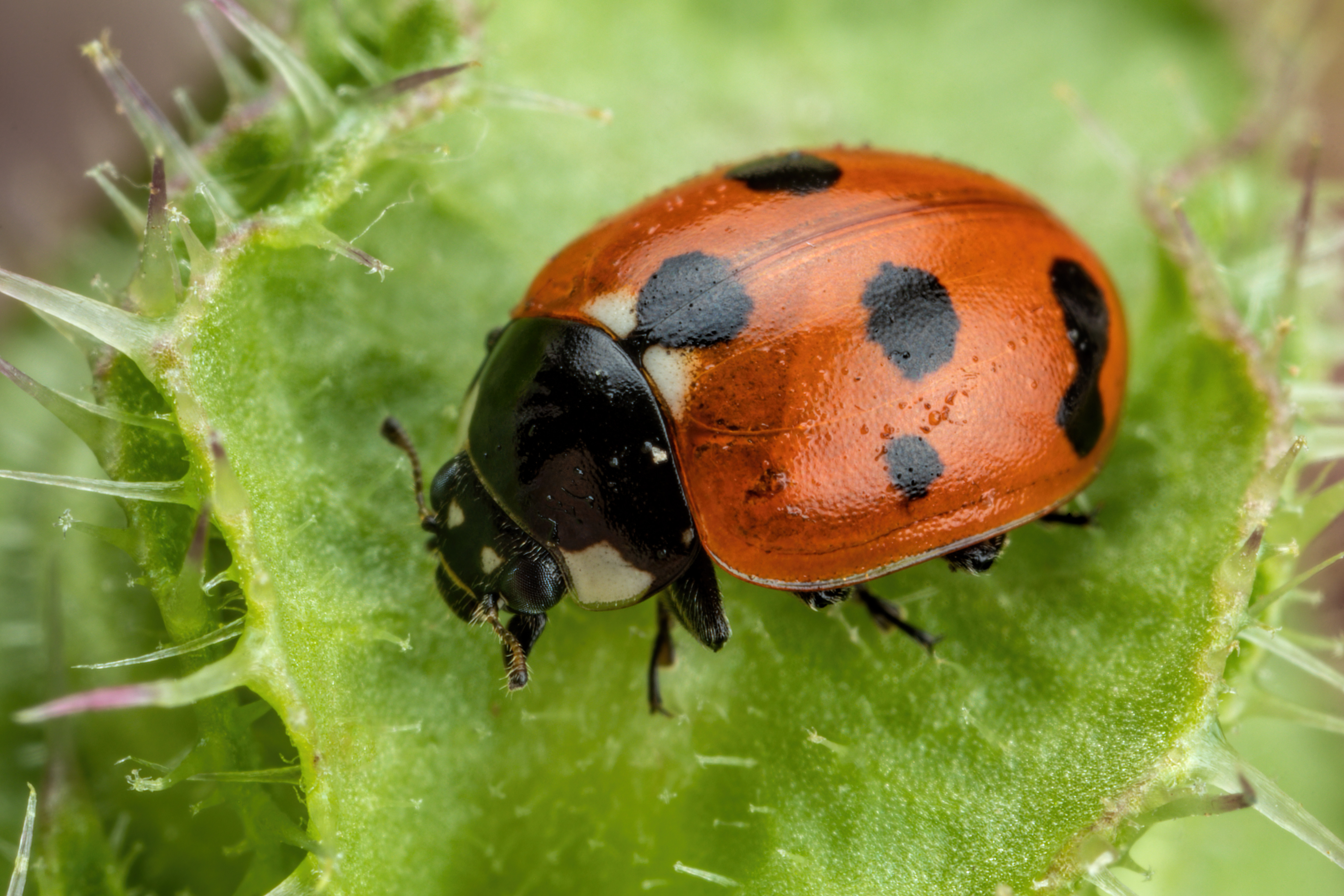 Why does getting diffused light matter?

Nick (gardenerassistant) and I were talking about an effect that I was calling micro contrast, but he used the term "specular micro contrast" and I like that better cause it explains what's happening in more detail. If the light is specular (not well diffused cause there's a hot spot in the diffuser) then there will be a lot of blown out pixels all over the frame. Shiny areas that are reflecting light right back into the camera will get rendered as pure white, even though the pixels in that area had distinct color values. You can bring those pixels back from the brink of over exposure either by using the exposure slider or the white slider in post, but all of those pixels are still going to have the same value because they were blown out -the computer will never be smart enough to recover detail that you did not capture. As a result a lot of texture detail will be lost. I've seen people create triple digit focus stacks that had less detail than my single frame images just because the light that they used was too specular (not well diffused). A lot of the flash lighting that I see macro shooters using can best be described as "soft specular" and they're losing a lot of detail. Soft cause the diffuser is large relative to the subject, and specular cause there's a hot spot in the diffuser.

When evaluating your flash light quality it's best to shoot subjects that are very reflective. Look for texture and color in the specular (shiny) areas of the image. 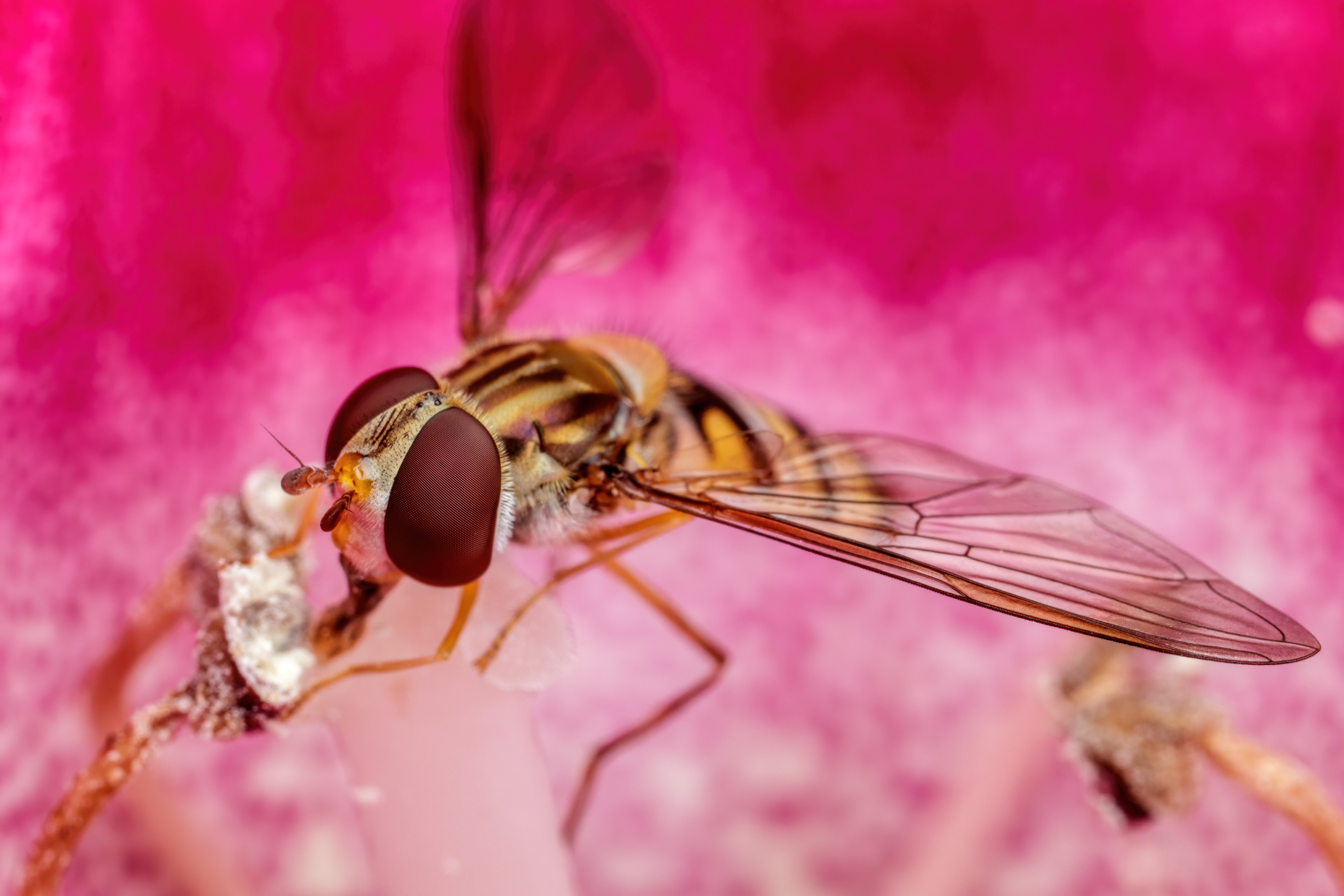 Even in the shiny areas of that hoverfly's wing there is texture, and that's what you want to see.

The angle between the light, subject, and sensor can also determine how much texture detail you can record. I offset one of my flash heads, and most of the time the light from it is hitting the critter at a low angle, and that allows me to pick up a lot of texture data. 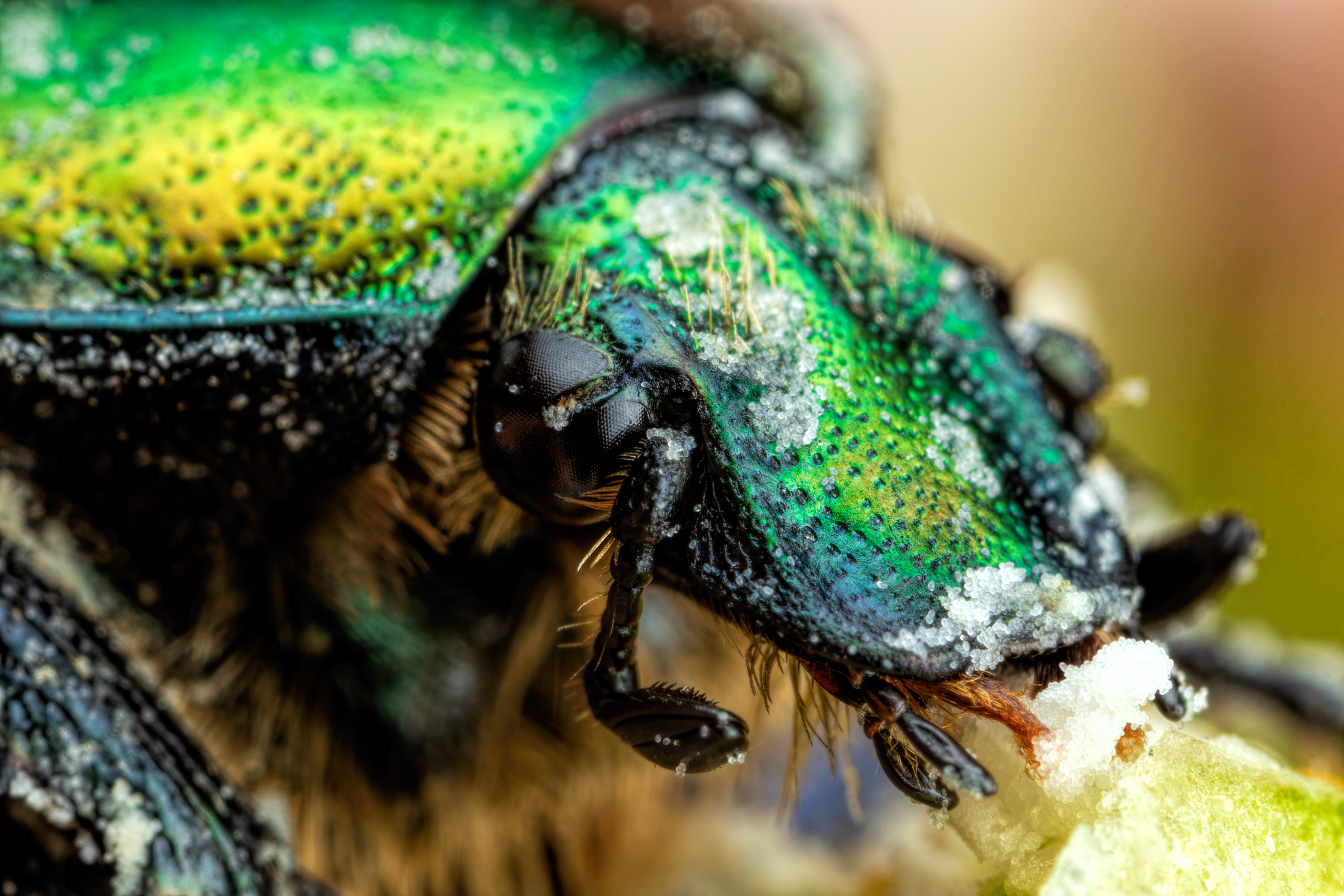 It's also important not to evenly light the subject, and I'd add that getting everything in focus can also be problematic. We use light and shadow, as well as what's in and out of focus, to determine depth. If you get everything evenly lit and in focus the resulting image will look flat.

Due to the nature of the light quality that a ring flash produces I do not recommend them. The light is too parallel with the sensor, too even, too small (hard light), and not very well diffused. So the resulting light quality is "hard, specular" although the shadows may look soft since they're just getting blown out.

Please jump in with your thoughts! My goal with these posts it to learn at least as much as I teach, and we all benefit by sharing or experience.

Also known as Dalantech
My Book: http://nocroppingzone.blogspot.com/2010/01/extreme-macro-art-of-patience.html
My Blog: http://www.extrememacro.com
My gallery: http://www.johnkimbler.com
Macro Tutorials: http://dalantech.deviantart.com/gallery/4122501/Tutorials
Always minimal post processing and no cropping -unless you count the viewfinder...