About the 5DSr and noise...

I'm thinking about buying the 5DSr for landscape photography, but the issue I'm most concerned about is noise. Since it only goes to ISO 12,800 my fear is that it has to be a really noisy camera with such a large sensor, and this matters because there may well be times when I want to shoot during dusk conditions. And so I decided to try a few experiments, but I'm not sure if my tests with the 5DSr were valid.

I first took my 6DII and used it to photograph my den with my 24-70 L lens, and by good fortune the auto-ISO went to 12,800. The result was super-noisy, which was depressing since the 6DII was supposed to be so good at handling noise, or at least it was rated that way when the camera was released for sale. It wasn't easy or fun getting rid of the noise, but I ultimately ended up with an image that looked like it had been shot at ISO 100, although color distortion had to be accounted for.

So I didn't have a whole lot of hope for the 5DSr, whose 50.6 sensor just had to have been miles more noisy than the 26.2 6DII. But I was surprised, and I have to wonder if it might be because I downloaded 5DSr RAW files from the internet, instead of taking them on my own, with the 5DSr in my hands.

In processing 5DSr RAW files at their highest ISO setting of 12,800 I found them to have a surprisingly low noise level. A little bit too low, I think. What I did for each file was to ignore Topaz DeNoise completely, partly because it took so long for it to work, and partly because the program has a tendency to blur and fade colors, particularly red and yellow. Instead, I use the noise reduction setting in ACR until the noise was *just* gone, opened the file and sent it to Topaz Sharpen AI. I used the automatic setting, and most of the time the Stabilize choice was the best. With that done, I opened the original and compared the two.

The "doctored" image had zero noise, was every bit as sharp as the original, and seemed noticeably clearer, as if a fogging film had been lifted from the original. In one case, I decided to send a manipulated image to Luminar AI and put the "Tension" template on it, and the result made the image really stand out in terms of sharpness and clarity. There was, however, some discoloring in parts, but it was a simple matter for me to use a Layer Mask and paint out the few color distortions I noticed.

Sounds good, but without putting Luminar into the equation, at normal viewing size the manipulated image really didn't look as if it was all that much of an improvement over the original. In fact, you would have had to look really close to see a difference in them. To me anyway, that doesn't make sense; the 5DSr images should have been far more noisy than the 6DII's, and it makes me wonder if the downloaded files of the 5DSr are a true representation of the camera's ability to handle high ISOs.

I'd certainly like some opinions on this before I order the 5DSr. Thanks to everyone who responds. 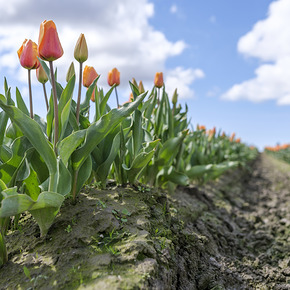