A Bird or Two or Three...THOUSAND! My Wetlands

I was recently asked by my stepfather to come up with something to use his RX10 for (yep, the original RX10!), as with Covid he's had no travel the past year and the camera has sat unused and uncharged.  I had bought him the RX10 back in 2014 as an all-in-one travel camera replacing the NEX-3 and kit lens I had given him in 2011.  It traveled well for many years, with me occasionally borrowing it back for fun, or just to keep it charged up during downtime.  But this last year has been fairly unprecedented, and over Christmas he had mentioned that it had been sitting for a year unused - I decided to take it home and see if I could charge it up and bring it along one of my wetlands days, since I'm usually shooting with a 200-600mm lens and the wider perspective could be interesting.

I finally decided to charge the completely dead camera and battery - even had to reset the time and date...and bring it with me to the wetlands this weekend, just hanging it off my shoulder while carrying my A6600 and 200-600mm lens.  Occasionally, a landscape scene caught my attention, especially considering I have rarely ever documented the wetlands itself, where I shoot - just the birds and wildlife.  I also occasionally had some closer birds I could capture with the RX, and at the end of the day as the sun was setting, I could shoot some wide shots showing the wetlands islands and trees which become so filled with birds that one can hardly see the leaves through all the birds!

All the shooting was a bit challenging - I had to one-hand the RX10 while holding my big 200-600mm lens in the other - but it was fun capturing something different, some scenics and some of the environment.  I know the original RX10 is old news here, and it's certainly not known as a birding camera with its much more limited 200mm focal length equivalence.  ..but we can get a lot closer to our birds here than some others can...so I was still able to shoot a few birds too.  I shot all in JPG and handheld, to keep things simple since I was trying to handle two cameras at the same time.

All shots posted at 1800 pixels on the long side if you click through the originals:

Here's an afternoon look at some of the Wakodahatchee Wetlands in Delray Beach, Florida...living up to the name 'wetlands'

A look from the boardwalk across the lake to the tree-lined levee, and a small tree island in front which is one of many islands that the birds use to nest.  Most of the birds in the distance here are wood storks, which just started nesting in the 2nd week of the year

A closer look at a wood stork atop its nesting spot, with many other wood storks behind, all picking their spots to start a nest

A tier below the wood storks, you'll find many ibis gathering at the end of each day.  They don't nest here, but choose this wetland as their main nighttime roost...the wetlands can go from 5-10 ibis to several thousand in just 30 minutes

Another early ibis, showing up to get a prime spot before all the others arrive

A wood stork stretching its wings, with other wood storks all over the island in the background, and on the high tree at the back, several cormorants and anhingas also nesting

Between about 5:15pm and sunset, the ibis start streaming in by the hundreds, from every direction.  They all hang out during the day at beaches, golf courses, neighborhood ponds, canals, store parking lots...but each evening they return to the wetlands to roost together - safety in numbers!

One of the close nesting islands with the wood storks at the top, cormorants in the far distance, ibis starting to fill in the holes, and many more ibis streaming in the skies.  The boardwalk can be seen in the background wrapping around the various nesting islands

One of the islands beginning to really fill up - wood storks nesting at the top, ibis filling in all available spaces below - along with some cattle egret who also come in dozens to roost for the night

At sunset, walking out of the wetlands, and looking back into the trees all around - every tree, every island, every bush, becomes filled with white birds...thousands of them.  It's quite a sight!

Comments, questions, critique welcomed.  Hope you enjoyed a look at my local wetlands and some of the bird life there! 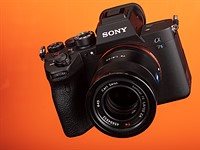