Interesting article for XT4 and BiF I felt

This is partly tongue-in-cheek, but partly not. For years, I have been using BIF's as the test for my birding kit. (don't we all?) But recently, I have come to the conclusion, that BIF's are primarily (I know, not always) for bragging , but environmental portraits of birds are for looking. Of my bird pictures hanging on my walls, not one is a BIF. Every bird can fly, but their behaviors are all different and interesting. Not to mention, you'll save a lot of money and weight not worrying about BIF's

More of my avian portraits have won contests and been published than my flight photos. This is because it is more interesting to see a subject in an environment and/or doing interesting behavior. A bird flying in a clear blur sky may be a technically difficult image yet is a rather simple image artistically. To make a flight image that is artistic takes skill and frequently planning.

-1 Probably the most technically difficult flight photo I've taken. The merganser is passing me at head height and traveling about 60MPH. I had to pan with it as it passed me and then unwind my twisted body. 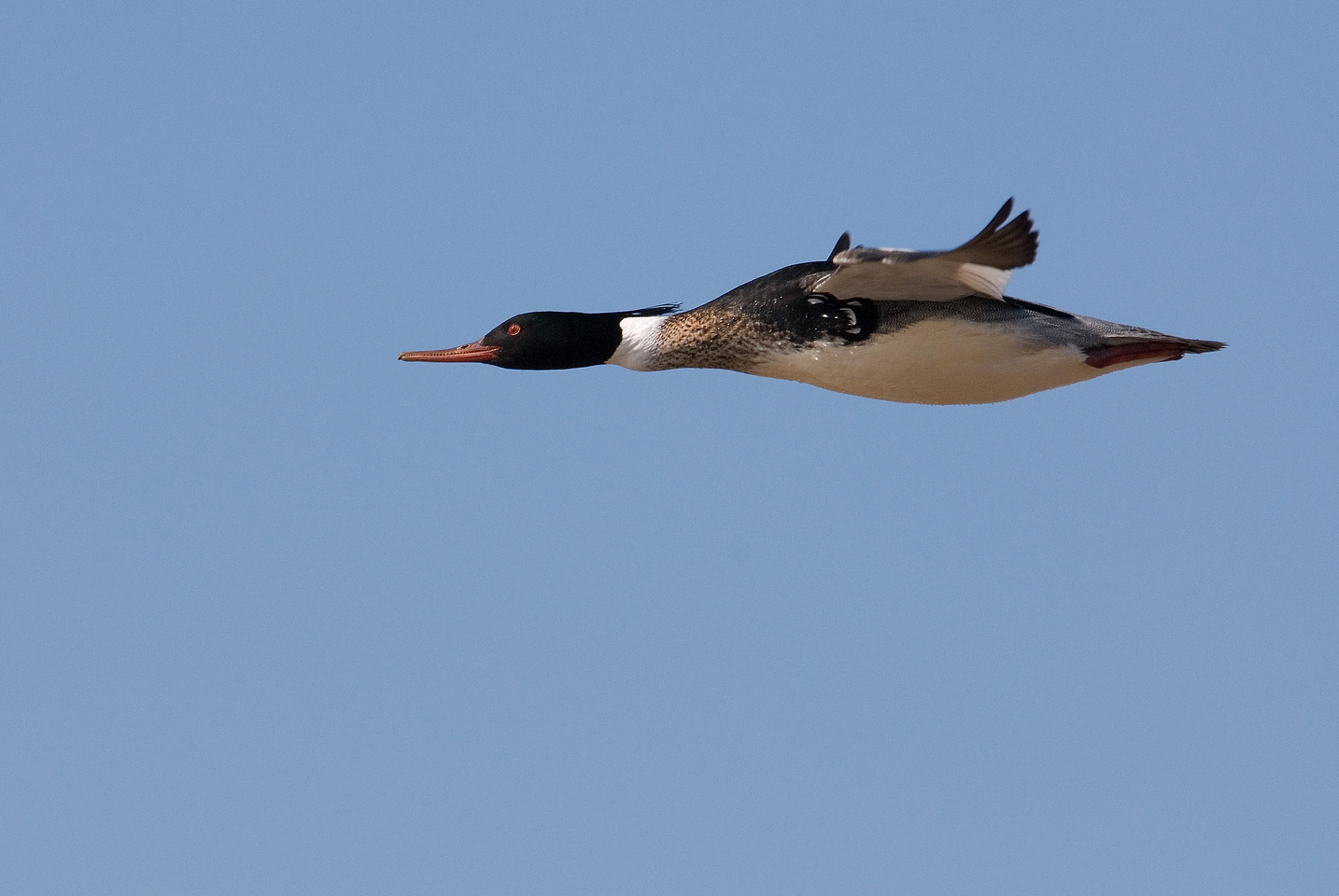 -2 Birds over Jupiter was previsioned and I went out many times waiting for the banded sky and birds to fly through it. 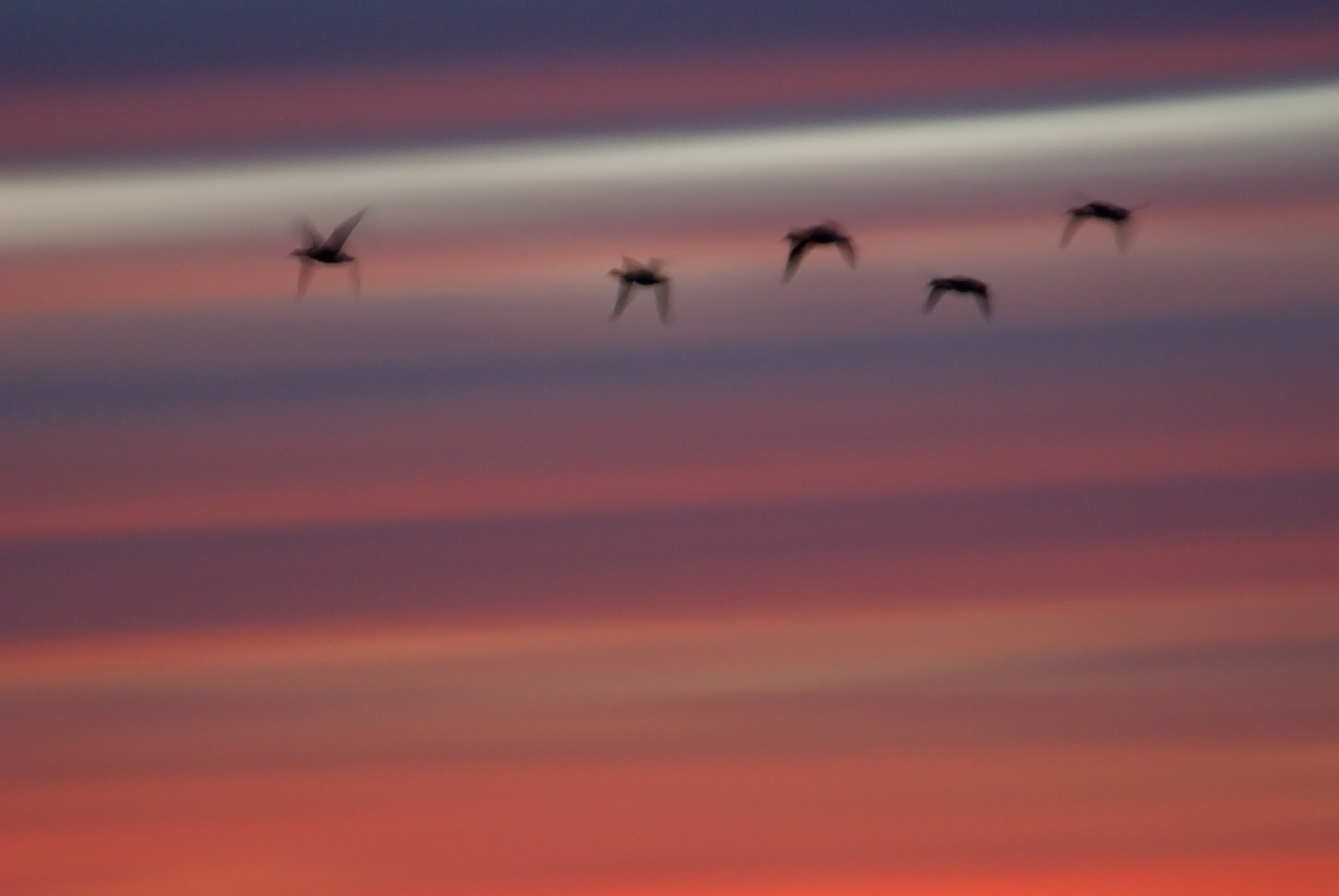 Both of those are with my old Nikon gear. Fuji gear is quite capable of wonderful flight images.

-3 Black Skimmer catches fish was also planned as I had studied the path the skimmer was using as it made repeated fishing runs. I then sat on a rock at the side of the pond and tuck burst after burst trying to get the water flying in an interesting way as it approached. During one of the passes the skimmer happened to catch a fish and I caught the moment it pulled it out during my burst. 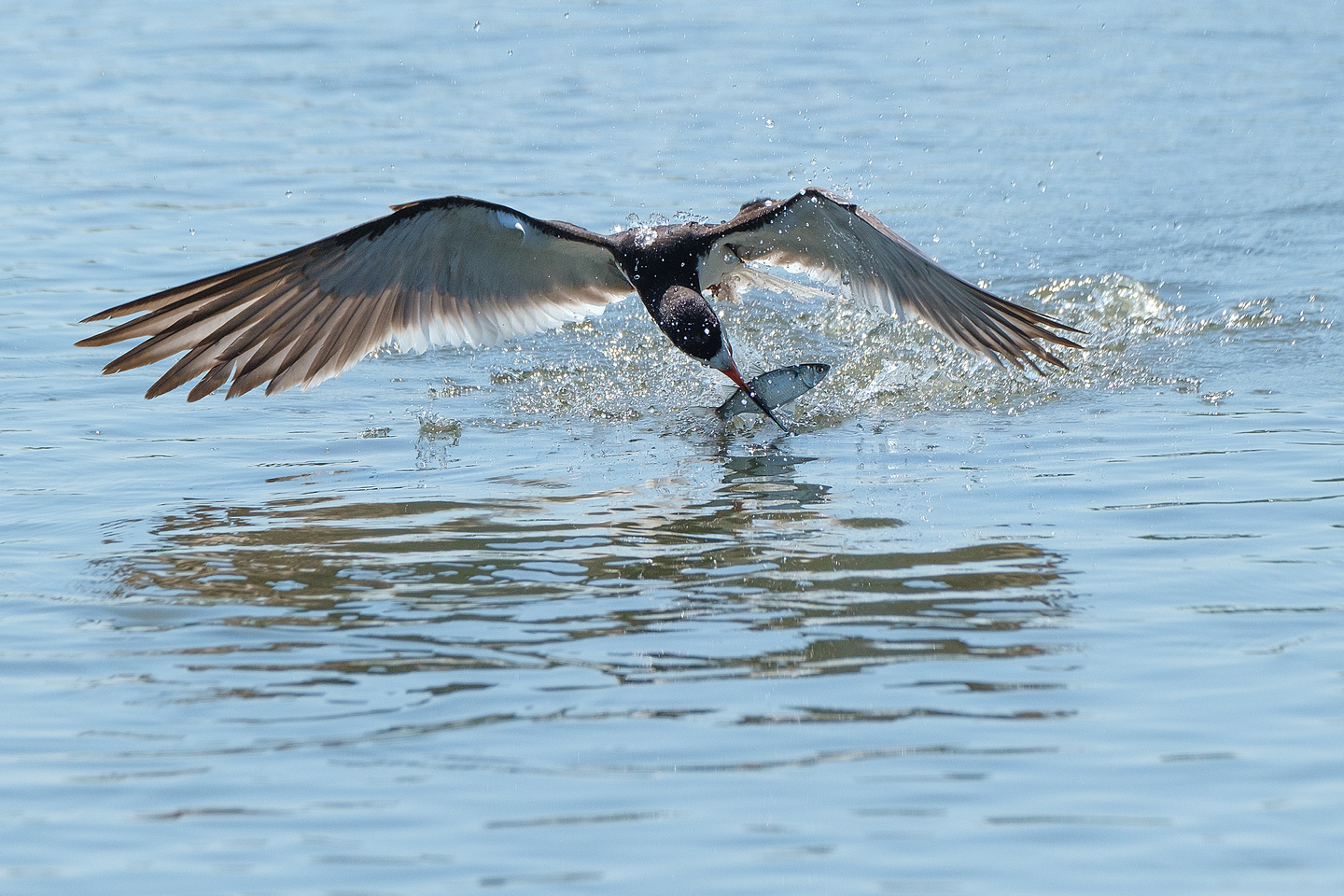