OP Astrozoid • Contributing Member • Posts: 846
Re: Summary So Far
In reply to burning1rr • 3 months ago

The conversation is about the A9's capabilities as a sports camera. EVF vs OVF is just one part of that.

There are a million things involved in Sony's suitability for sports.

The one specific thing I was actually talking about was EVF lag, not mechanical shutter delay.

I'm aware of that. It's hard to argue that EVF latency is an issue, while also arguing that shutter latency and human reaction time are not.

If you like, you could argue that any additional latency is a negative. But the mirror is a source of blackout, distortion, and shutter latency. There's simply too many good reasons to get rid of it.

There may be a billion reasons why its a great camera.

For everything except professional sports action photography. 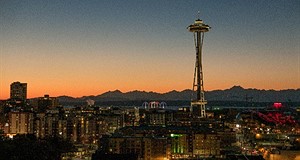