I do landscape photography & I’ve been wondering about changing from my Nikon D610 once it dies to something with more megapixels, dynamic range & something which has better video specs (like 120 fps)

I had a D610, and I currently have a D850, Z6 (and D500). I work professionally, mostly with environmental portraiture, a little city/landscapes.

I don't find a benefit of the extra pixels in the D850. It's noisy compared to the Z6 and the D610, and about the same as the D500. Although a jump of 24MP to 45MP sounds like a lot, its really not that much - we're talking about a width pixel count of 8200 vs. 6000. The extra pixels to me only put more strain on the computer (I'm using a one year old iMac). I think 24MP is a sweet spot. I'm glad we got to that point, and I'm sure some people like having 45MP, but for me its not worth the downsides.

The D610 was an amazing quality sensor for the time. I think the Z6 is significantly better. There are certain instances where banding rears its head when you push the brightness or some effects in post by a very significant amount, but its not an issue in the real world.

AND if you’ve made the jump to the Z7 how have you found working with a mirrorless camera regarding battery life & weatherproofing? (I smash my camera doing seascapes)

Battery life is terrible compared to a DSLR, but how many photos do you take? I find myself charging the battery more often than with a DSLR, but its out of caution more than anything, and I've never run out of power or even had to change the battery during a gig. One of the MkII's might be better for you if you think this will be an issue since you can use a grip with extra battery power. I've done events with the Z6 and it hasn't been an issue.

I don't have any experience in using weather housing. I've used the Z6 in light rain, but my lenses aren't as weatherproof as some of the Nikon lenses, so I don't typically use it in anything heavier. If my lenses were properly weather sealed, I think I'd be confident the Z6 would be okay.

Video on the Z6, especially with people involved is better than that on the D850. I never use anything but manual focus on the D850, but I have confidence in the AF of the Z6 for video to not be hunting. I also find the Z6 white balance to be better than the D850, and while I don't really pay much attention to this for photos since I shoot raw, I think its a benefit for video.

I had a D600, sold it and very recently bought a used D810. The number of mp wasn't the biggest concern for me in making my decision, I wanted a technologically more advanced camera, but I would be surprised if the extra mps wouldn't offer any benefit at all.

This article might help you make a decision about moving up to a higher mp camera: 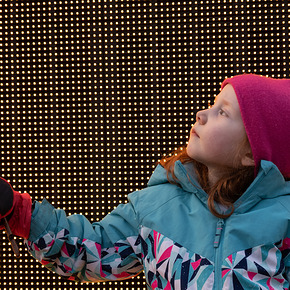