For me I actually don't want to keep the Sony system, only because of the Zeiss Loxia and Voigtlander primes so I will keep one. after 6 long years I still don[t care for the Sony ergo, even with the 7rIV. but have to say Sony sensor is top notch so I will put up with it for now. actually I am seriously thinking to get a Z7 II so I can use those E-mount lenses on it and get rid of the 7r IV.

Multi-system does not work for me. I tried it before and I just get confusing as to what t take on trips and where to spend money. Not to mention the extra amount of money tied up.

As for Sony system,  I agree with you. having owned A7, A7II, A7rII, A7rIII, A9 and A9II, I never felt completely happy with the camera bodies. In contrast, I tried Z7 for few weeks and loved the ergos, menus and touchscreen operations but at that point the AF wasn't up to task and lenses were not available so I never switched.

Assuming the Z7II AF has improved, I like your idea about using it for E-mount lenses but then again, you are investing in multiple systems. 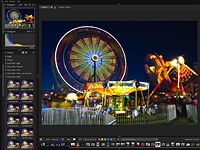