Get yourself an A7iii and the Samsung 35 f2.8. It’s razor sharp and the same size as the Zeiss but half the price.

I’d consider the a7c instead, and maybe the 35 1.8s, for the 2.8s I would rather get a used Zeiss than the samyang. Some sample variation though so caveat emptor

The side hinged pull out screen on the A7C will drive you bananas. You may think you want one but when you use it and you try and work quickly and conspicuously you’ll be tearing your hair out.

I rarely tear my hair out on the basis of camera ergonomics. I also don’t try to take photos inconspicuously. I am already bananas, so that is covered

Handling & ergonomics is a very personal thing, and also related to the sort of photography you're doing.

For things that move and when the scene changes quickly (street & wildlife for me, a high proportion of my images) I'd say handling was much more important in equipment choice than when you've got much more time and control (landscape, of which I do some, and I guess studio, of which I don't).

For me, in the street the A7C's limited dials/buttons (likely preventing immediate re-configuration of focus mode/ISO/aperture/exp. compensation/silent shutter by touch alone) would be a much more serious handicap than the flippy screen. It's a shame, because for me it would otherwise probably make a good choice.

I've come to be entirely agnostic about whether screens flip or tilt, as long as they do one or the other.

Almost all my street shooting is done via the rear screen, used like a TLR, and while I take the point that flippy screens increase the visual impact of the camera to candid subjects, with appropriate body language they add to the impression that the photographer is just reviewing images, plus I do a lot of portrait-orientation candid shooting, for which tilt screens are just plain hopeless.

I own a number of street bodies with tilt-only screens or screens that don't move at all, but those all have other particular attributes that suit particular street situations. 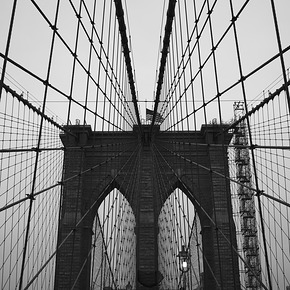 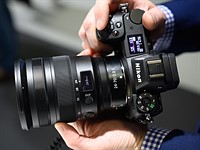