iPad Pro - a new future for my hobby

I seem to remember the original iPod ad said something like "A thousand songs in your pocket"? That would eat up the 5GB I think.

A standard audio CD can hold up to 74 minutes of stereo – but most albums (other than classical and greatest hits albums) run about 45 – 50 minutes.

These days, with devices having higher capacity, one can afford to use 192 – 320 Kbps or Apple Lossless encoding for most songs. 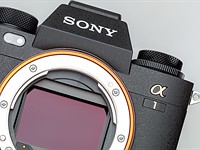