Ring light for my camera

Started 4 months ago | Discussions thread
tugwilson • Senior Member • Posts: 2,660
Re: Ring light for my camera
In reply to Pendraggon87 • 4 months ago

Put you camera on a tripod and put the ring light on a light stand in front of the camera so that the lens is in the middle of it. Don't try to mount an expensive camera on a cheap ring light.

Only concern with that approach is that I would end up needing a LOT of space - first for the camera tripod and then the ring tripod in front - any thoughts on a way to have space saving stands? In my ideal world I would have something on my desk, or clamped on my desk, behind my monitor or to the side of it. Right now the desk is flush against the wall, but I can probably move it back a foot.

I was really hoping the cheap ring light attached to the camera lens filter thread would do it, but unless I zoom in at 72mm I get vignetting pretty bad with the white light.

You need a far bigger ring light than this. It's designed for macro work, the light spread is entirely wrong for what you are trying to do.

For the setup you describe you could use a superclamp and a flexible arm. If you look hard enough you can find cheaper copies of these items.

If you aren't wedded to the idea if ring lights there are lots of ways to do it. This is what JoeMcNally does. He's using expensive stuff from his sponsors but you can do it just as well for a fraction of the price if you shop around. 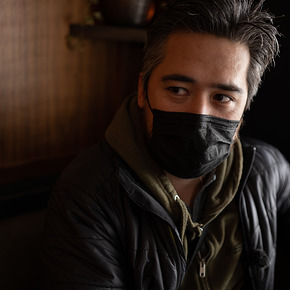