We have a well written initial post using real data. We have an opinion based on rumors that these effects don't happen very often.

Now, sometimes people lump all misalignment under "decentering." That's just one of the many misjudgments a lens can have, frequently lumped under one name. That's under to understand, because the layman has no way of testing for one adjustment out of many.  Maybe its tilted or the distance adjustment is off. But still, the concept is the same. The lens hasn't been adjusted to optimum quality and could do better.

When people say something is the absolute truth, it frequently means it isn't. That's based after years of seeing posts like this and extensive experience with people

REALITY: Lens Rentals has dozens on articles and references on decentered lens.

Bottom line, I learned something from the initial post. I didn't from the response.

Sorry to get your hackles up Jerry. You speaking as a mod or just a regular commenter?

I was expressing my very strongly held opinion (which is absolute truth by the way) after years of seeing posts like this and extensive experience with the equipment.

What... you want me to try to dig into these images and decentered lens testing metodology? I don't care about those copies. They could have rolled down a staircase yesterday for all we know.

Im talking about the diagnosis and the term decentered, which is the most abused term in all of cameradom.

No offense to the OP, as I said in my post. Who knows.... Maybe he found an actual decentered lens with those shots.

What do you think Jerry? Decentered lenses?

no, I won't return to read your witty reply!
professional cynic and contrarian: don't take it personally
http://500px.com/omearak 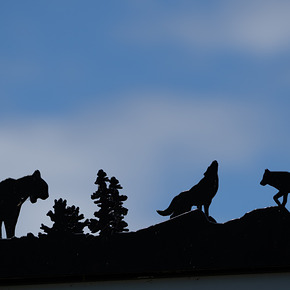