I finally got it

TacticDesigns • Veteran Member • Posts: 6,787
Re: Back in the Fifties, Assimov's Foundation Trilogy
In reply to Chato • 1 month ago
2

It tells me you are one of those that can leverage maybe longer tele and advantages of M43 which has several, especially video and tele. Also the great wether sealing, etc. if EM1/1X bodies. And that you are increasingly a minority. My comment is about the future choices being more limited. I am not sure M43 format can thrive, to the contrary.

Phones are so 2020s, we need to be thinking ahead. Sooner than later, everybody will have their own personal drone that will follow them around by sight, it will have cameras and can recognize it's owner with face recognition. It will follow you and take your photo on command, upload it, and even do basic PP on it.

Other than the uploading that is a ll an actual thing.

Phone cameras will become obsolete in short time, they are a dying breed, soon to be dinosaurs. It's sad to see all the people clutching to dying tech like this...

Ha. Of course people here seem to ignore the fact that smartphones do WAYYYYY more than take pictures. Even if people tomorrow decided any sort of imagery recording was unnecessary it wouldn't stop the sales of smartphones

The hero, "Hari Seldon" whips out his pocket computer and does some calculations, and retrieves data...
I remember thinking at the time when I read this, about 1960 when I was 13, "Right, sure that'll be the day."
How prescient of me...

Or how about Tom Swift and his Photo Phone from 1914?

When I was in grade school, my favourite books were the Tom Swift books. Not the original series, but the 2nd series featuring Tom Swift Jr.

Reading those books, and thinking . . . man, we're going to have this in the future.

Now-a-days . . . reading those books, you wouldn't get so much "awe" from the thoughts of what the future might hold, because a lot of it has come to pass. But it's a reversed look at technology from the other side of having it. LOL.

And then there is always Star Trek with their crazy communicators and food replicators. 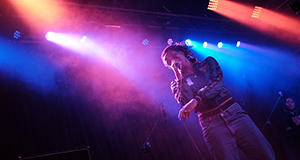