I used to have 50S before GFX100 came out. Basically, I would not

Basically, I think it would be painful to carry both GFX100 and 50S at the same time.

I personally think that either A7r IV or Z7 will complement GFX100 better as it offer smaller and lighter package than 50S. I use A7r IV a lot with small manual lenses ( don't really like GM lenses much, too big, too heavy for small body often ). I was recently on a trip to Tokyo and was carrying GFX100 and A7r IV with a few GFX lenses and a few manual lenses and the weight is just about the limit of what I can carry. I can't imagine

carrying both 50s and GFX100 with GF lenses mounted on both. It won't be fun when I will be on my feet the whole day.

Also as good as GFX100 is, its AF is still quite a bit behind both A7r IV and Z7 so there will be time when either will be more useful than another big, slow AF camera.

I think this is an interesting thread and well handled here on this Board. If this discussion comparing major brands and which one is best or most useful came up on the Sony or Fuji Boards there would be trouble almost immediately, but not here.

Funny. I am in the same boat in a way. I have the GFX 100 and I'm a travel shooter. I also have the 50r which, as most of you know, I have traveled extensively with and did not mind it at all. In fact, I loved it.

And here is the kicker. I have in my closet the XT-3, XH-1 and X100F plus 14 of the very best Fuji XF lenses. That is some amazing travel kit. But guess what? Since shooting the GFX 50 for the past 11 months, I have not touched it.

When deciding to buy the GFX 100, I was agonizing whether to buy the r4 instead. Use the 50r for my MF and GFX lenses and the alphasevenarefour as the compliment. But I didn't do it (still might).

Why? Because I did not want to venture into GM lens territory. Those are big lenses and make the kit back up there in mass pretty quickly.

But … I don't really want the 50r anymore because I'm afraid I will never shoot it as I am going to make myself travel with the GFX 100 for a while and when at home I'm shooting the 100.

But I could do this … I could walk into my local pro camera shop and trade the 50r and a lot of the Fuji APSC gear for an r4 and the 24-70 and 70-200 big zooms and be right back in the thick of the FF game and use it for travel. That would stick my toe in the Sony water, which I have been close to doing for two years.

I could do that and it would not cost me any more money because I would be losing the Fuji X gear and the 50r on a really bad trade-in value. (That shop will give me about 60% of the used price at B&H.)

But … Many of you have already told me that to compliment my GFX kit with high-res r4 Sony kit is not the best solution because I already have all this great Fuji APSC gear. Why two high-res systems? Well, because I'm finding myself not shooting the Fuji X kit now that I have gone MF.

It all boils down to will I shoot the GFX 50r again when I have this beast 100 sitting here? And will I shoot the Fuji X kit again? Probably not. And the Sony alphasevenarethree/four has been whispering to me for along time....

I think you need to pick your priority. I like to carry 2 cameras when I travel. I find A7r IV with techart adapter and Leica 50/2 apo or Zeiss 35/1.4ZM a very nice 2nd camera to carry. Even Z7 with 24-70/2.8S, 50/1.8S or other Leica M lenses are also small and light enough as a second camera in comparison to another GFX 50S while not compromising very much on IQ. I have been shooting Nikon for years and GFX system is not going to replace my Nikon with 500/4 e FL or 500PF any time soon. I prefer GFX100 with 250/4 over Nikon with 70-200/2.8e FL for none moving object but sometimes GFX100 AF is not capable enough for my need just yet and 50S definitely will not do it.

I used to shoot Sony A7r x along side Nikon for a long time especially with M lenses. Now that Z7 can take M lens as well so the need for A7r body is less but A7r IV still has some benefit with Techart adapter and I cant let go of 100-400GM and 12-24/4 just yet so I am stuck with 3 systems 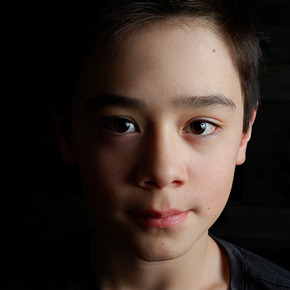