Sharpness scores for most FE lenses (including LR)

This is another update of a previous post . I usually post updates on the lens forum, but a change is as good as a holiday ...

I'll repeat a bit of the old post here but if there is something you don't understand it may be addressed there.

There are several review sites which do sharpness tests. The problem is that they typically test only one copy of each lens and (sometimes) they do not consistently test on the same camera, which makes comparison between lenses impossible.

I have collated a LOT of test scores from the review sites now and mashed them together using regression-type techniques to get the test scores on a kind of consistent basis, so we have MTF curves for several samples of each lens, which (hopefully) are a lot more reliable. There are a myriad of assumptions in the calculations, however, which can provide handy excuses to ignore the results if you don't like them.

The sharpness scale of zero to 160 means nothing - its just an arbitrary scaling so you can compare the scores across lenses (although a score of 100 is probably a useful definition of 'sharp'). The blue line is the centre and the grey line the corners. The orange line is a bit tricky to interpret because different sites use different terminology for the 'middle' measurement - one site calls it "border" and another calls it "partway" and another calls it "2/3" etc. If you are colourblind then the top line is the centre, the middle line the middle and the bottom line is the corners.

The dots show the results from Lens Rentals tests. Remember, Lens Rentals almost only tests at the maximum aperture, so there is only one data point rather than a sequence with a line.

Yes, the Lens Rentals data often does not align with the combined test scores. Why? You can read a long discussion of that here . It is NOT the case that Lens Rentals is just better. The tests are measuring different things, where one key difference is that Lens Rentals is testing with the lens focused at infinity while the test sites use a standard test diagram placed around 3 to 5 metres from the lens. They are very different tests. One obvious result is that macro lenses (e.g. 90mm f/2.8) do better on the test diagrams than focused at infinity, which should hardly come as a surprise. Another general point is that wide angle lenses tend to do worse on test diagrams than when tested at infinity, which I speculate is likely to be because the lens needs to be placed quite close to the diagram.

Both the Lens Rentals tests and the other websites' tests are useful. They should not be played off against each other. In Lens Rentals favour, their tests seem to be the best process and they test ten lenses which largely eliminates sample variation. Against them is that the tests being only wide open at infinity is a somewhat limited range of uses. For example, tests wide open are not so useful in assessing a specialist landscape lens designed to be most effective stopped down (e.g. Loxia lenses) - see here for a discussion of how lens performance can differ.

The new charts have some new lenses (e.g. Tamron 17-28 and Samyang 85/1.4) and I've also included the data from the excellent SonyAlphaBlog tests. 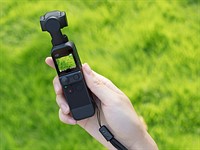