I really like the first pic, "don't forget to look back" is always a good tip.

They all look a bit over exposed, but that fits the first pic very well.

Thanks man. Yeah, it's strange about the exposure because I do recall using the ex comp dial to underexpose. 🤷🏻‍♂️

My dream is a tough ricoh GRIII, same price and size, but tough, I said dream.

I agree that a tough GR III would be amazing! Why is it so far-fetched?? Surely it's technically possible. Would it really be so cost-prohibitive to the company? Wouldn't lots of GR fans welcome extreme protection??

A tough, or at least weather sealed GRIII would be great, but wouldn’t be usable underwater due to the extending lens. If the extension was fixed it wouldn’t be pocketable.

Any camera with a lens that extends, either at startup or for zooming or focusing cannot be used underwater. The space taken by the collapsed lens needs to be filled with something, normally air, but underwater that isn’t available. I suppose a camera could have a motor strong enough to create a vacuum but the seals would have to be strong enough too, so not practical in a consumer device.

If the sensor size was increased a folded lens would also increase in size as the focal length would increase, and the camera would quickly become much larger. So a 1inch sensor TG would probably be too large.

The current TG is probably the best compromise possible. 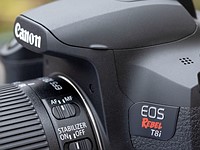