Ethics in Night Photography in the Real World

This is just a "mild" example of what passes for acceptable practices in the FB crowd.... 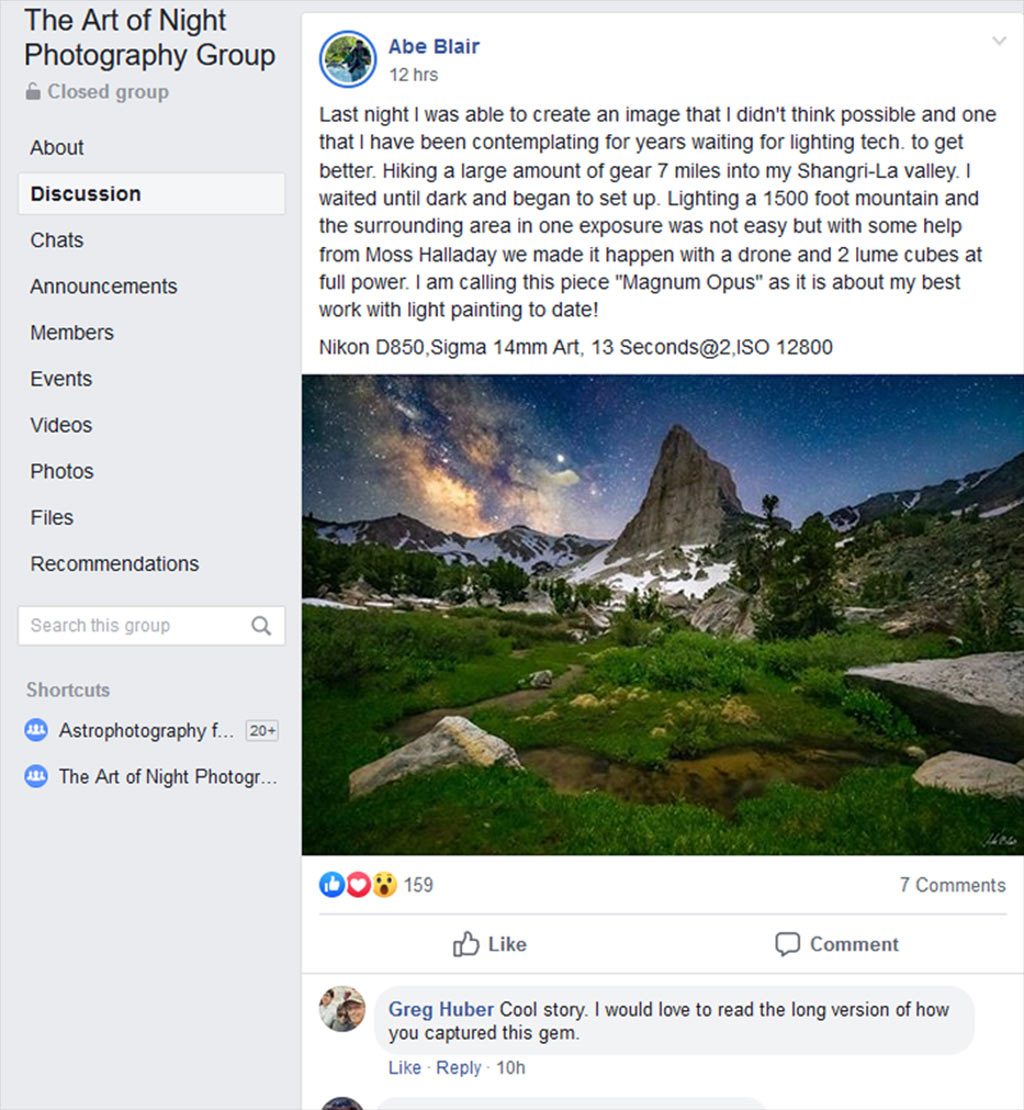 This is so funny. I saw this image on a FB page that I follow. I asked the photographer a couple of questions about the image. He answered every other question about the image but mine. Then he deleted my questions.

He stated that he used some type of L.E.D. lighting for the image. If you look at the large rock on the right side of the image it has quite a bit of shadow under it which tells me the light on top of the rock came from above it, not behind it like from an L.E.D.

He also stated that he "waited until dark and began to set up". Funny thing is a day later he posted an image on FB of the exact same scene at sunset well before it became dark.

My guess is that this is a image blend of images shot both before and after dark.

I'm good with however the photographer wants to create his images, just be honest about the way the image was created.