And I've probably done it with what might very well be the least popular of all the M Zuiko Pro lenses: the 8mm f1.8 fisheye PRO. To each his own; it's the lens I was most interested in.

I got my first taste of fisheye lenses with the humble M Zuiko 8mm f8 fisheye bodycap lens. An inexpensive little piece of kit that is a lot of fun to play with. However, the f8 aperture is a seriously limiting factor, demanding bright indoors and daylight outdoors. I knew I needed something faster.

There are many fisheye options on m43, many of them fairly cheap too, but I wanted the fastest option available and that's the M Zuiko 8mm f1.8 Pro. Not only that but it comes with AF whereas most other fisheye lenses are MF-only, it's also weather-resistant so it goes well with weather-sealed, camera bodies (I own the EM5 mark II). And it has insane close focusing distance, practically touching the front lens element, opening creative possibilities. That lens had my name written all over it.

Positive first impressions start with the box. I think the all-black packaging began with the first OMD cameras and Pro lenses, I definitely approve. It makes you look forward to whatever premium product is inside. 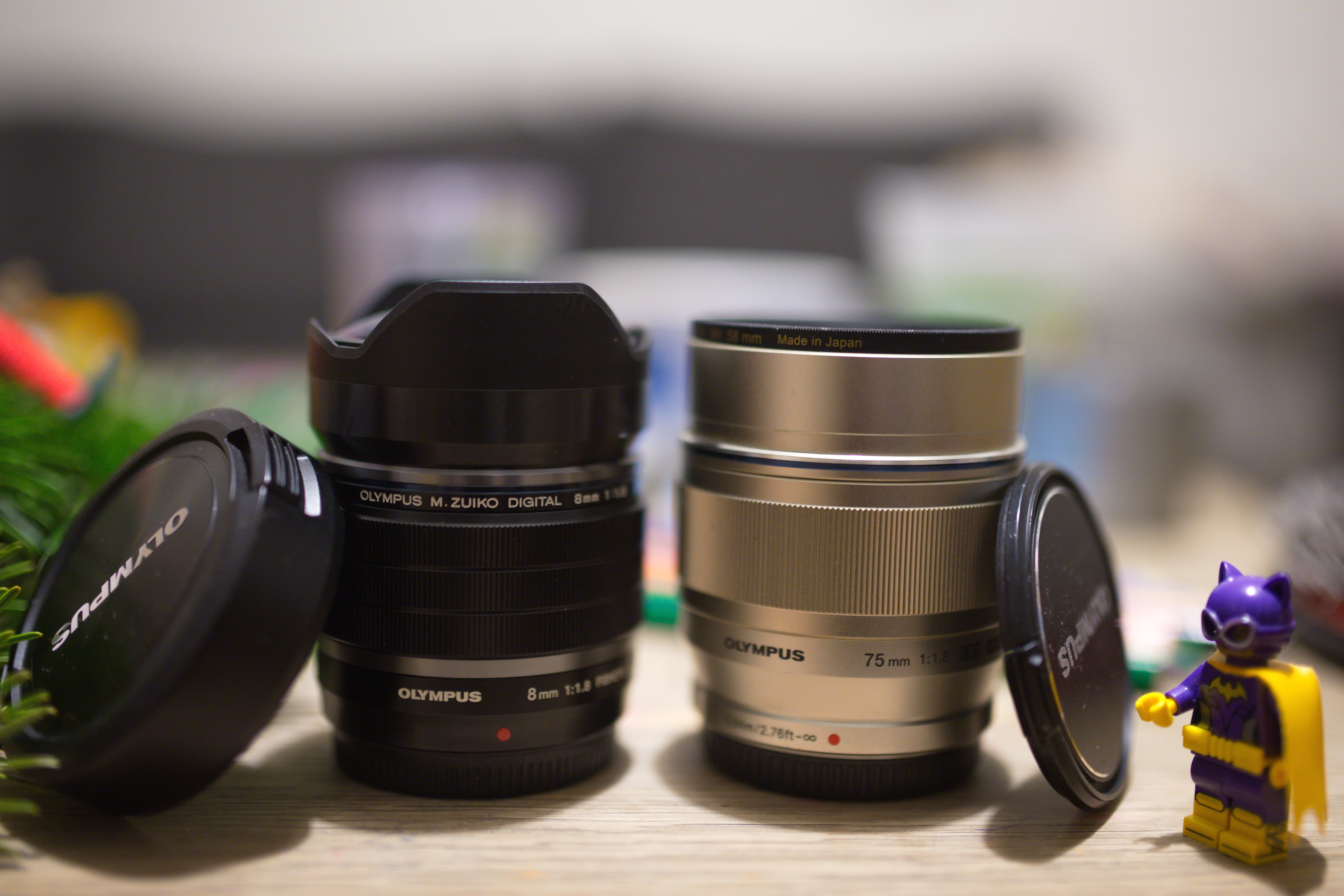 The lens itself feels solid and dense. The lens hood is built-in as one would expect with this type of lens. It's a bigger lens than any fisheye I've seen on m43, but relatively speaking, it's more like a mid-size prime on the system, such as the Zuiko 75mm f1.8, only slightly thinner and lighter. But since I brought up the 75mm, I must admit liking the all-metal finish of that lens better to the mix of plastic and metal of the FE lens. I don't think the extra metal finish adds any extra robustness or practicality, but it just feels better IMHO.

Attached to a camera body, the lens is a good match. On a medium-sized body like the EM5 mark II (no extra grip), slightly front heavy but otherwise perfectly at home. Things get more unbalanced in the smaller bodies like the GM1, but it's manageable. 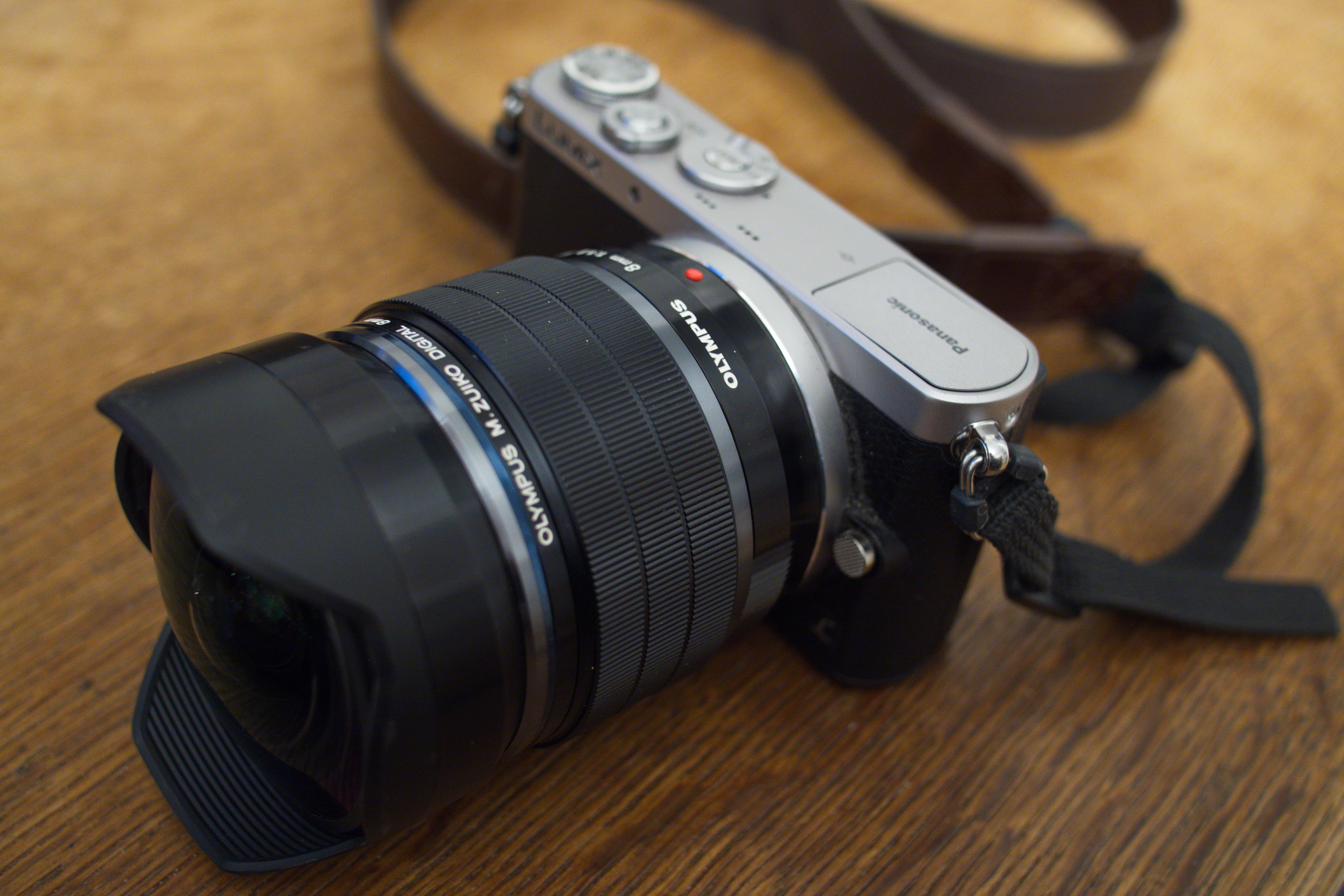 A perfect fit in all but the smallest camera bodies

My first and foremost interest in this lens was the fast/bright aperture to allow maximum light gathering in available light, very useful when shooting indoors and in cramped quarters. I do enjoy shooting outdoors at night as well. The 8mm Fisheye Pro delivers here. 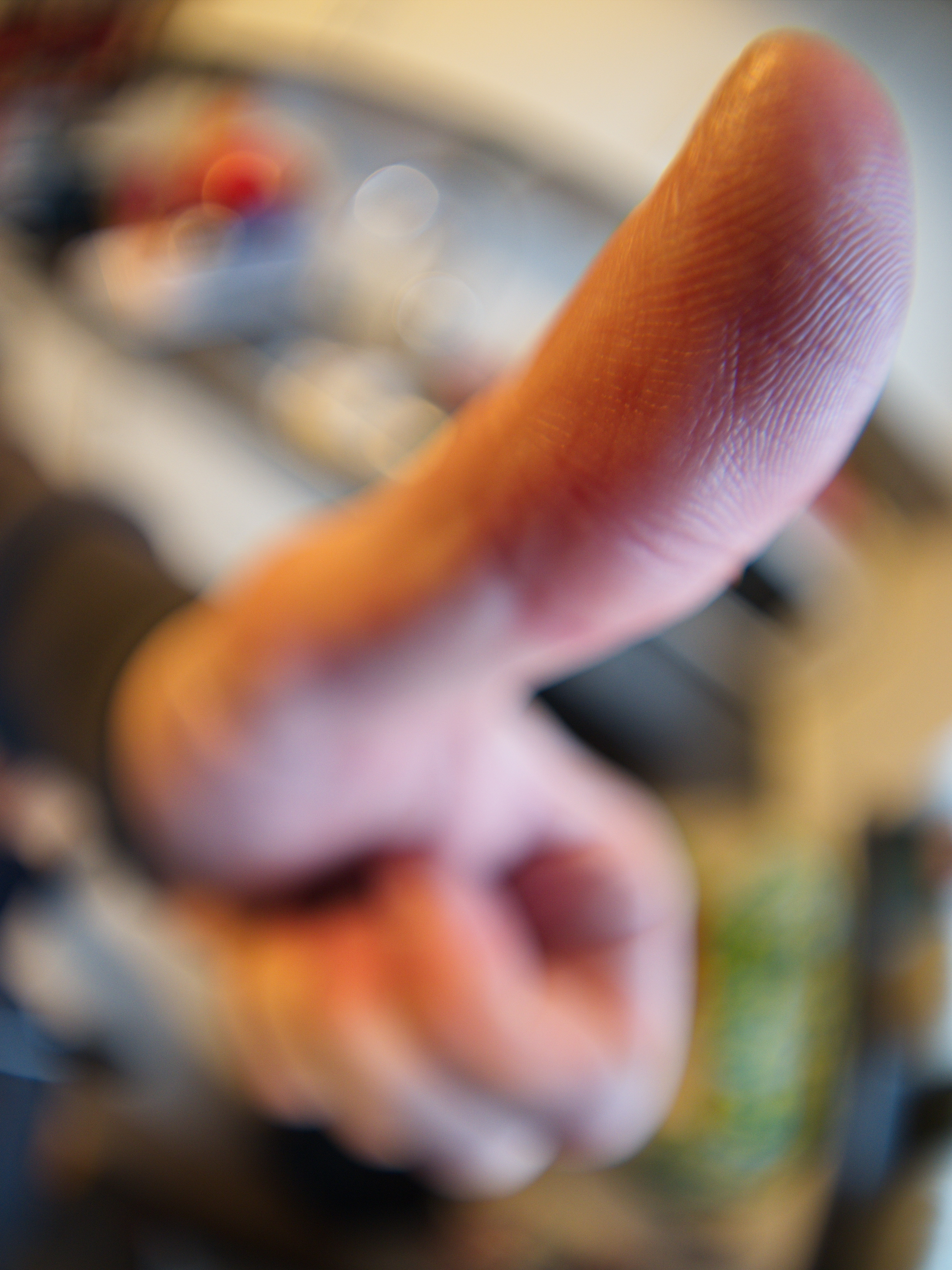 Minimum focusing distance gets a big thumbs up from me

I'm not too interested in shooting landscapes, or at least I don't find flat, Danish cityscapes and muddy Danish farmlands too inspiring for that purpose. No, I'd rather shoot people and various objects at odd angles and often very close. Here the bright aperture helps deliver some surprisingly pleasant bokeh/out of focus areas. Not the absolute best I've ever seen, but nice enough to want to make it part of my pictures.

As with any fisheye lens, this is not necessarily the easiest lens to shoot with. The heavy distortions can radically change any photo with a slight angle difference. Some shooting situations can also make the photographer's feet, limbs and even head creep in unintentionally in some photos. Experimenting and, yes, experience help you avoid these problems. 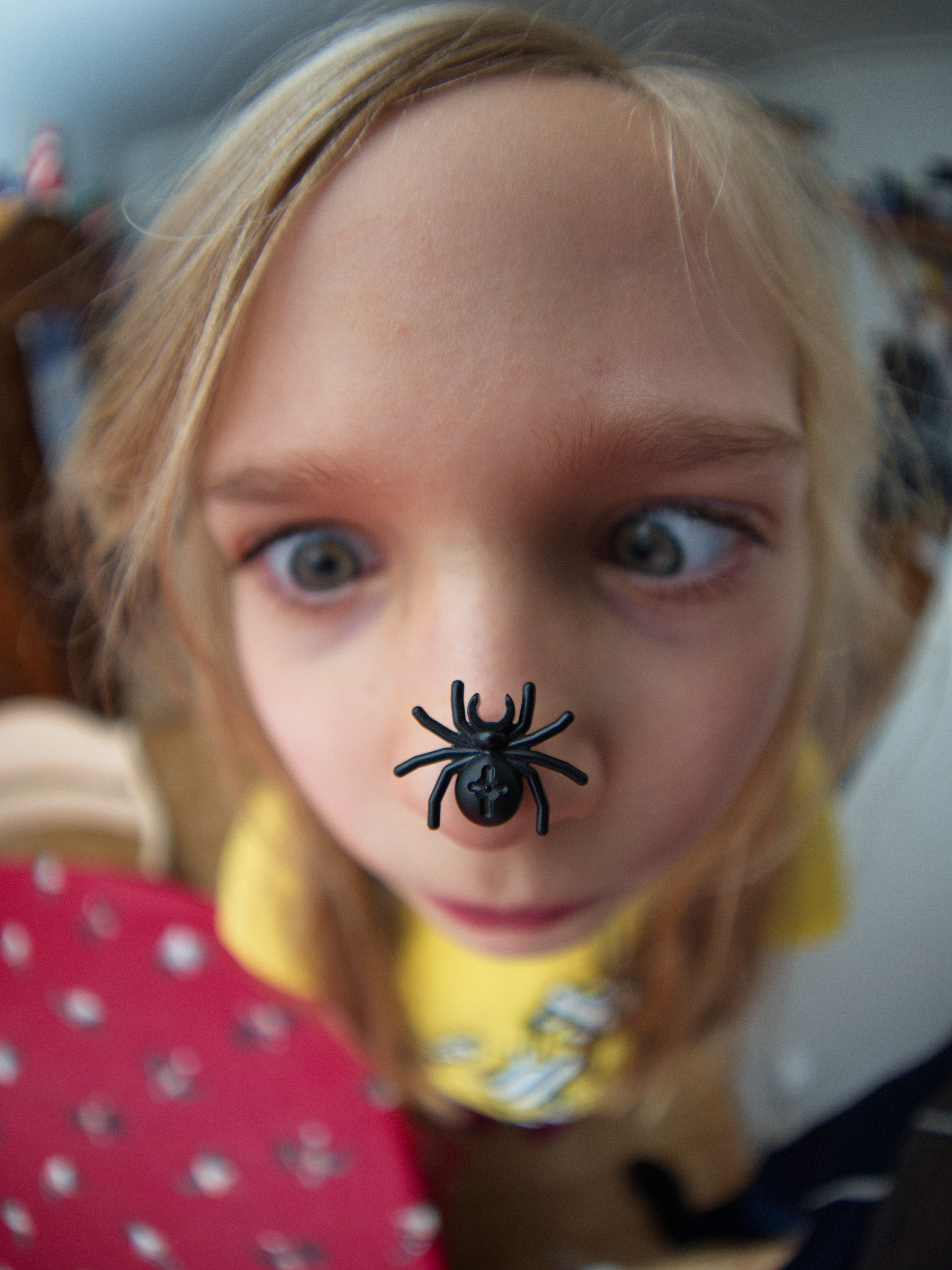 Sometimes the photographer accidentally gets in the shot

And personally, this pro lens helps cover a void in the m43 lens lineup, at least indirectly: a fast, rectilinear, ultra wide-angle prime (with AF). By simply running photos from this lens in a "defishify" image editing program (like Olympus Viewer 3), your previous distorted images all come out "straight". It's not a good idea to just "defishify" any photo, it has a significant cropping effect and objects around the edges can get freakishly elongated. But again, with a bit of practice and forethought, the end results can be quite pleasing.

Overall, I find the lens has some impressive specs, nice colors, good enough sharpness for general use and in high-resolution modes all in decently small but premium package.

So it is all good? Close, but not quite: there two curious omissions for starters. All other lenses that I've seen from the Olympus Pro line come with an extra function button and the neat pull focus ring thingie. Their omission doesn't cripple this product, but the company raised expectations by providing neat little extras in their other PRO lenses and I don't see the logic behind their absence here. 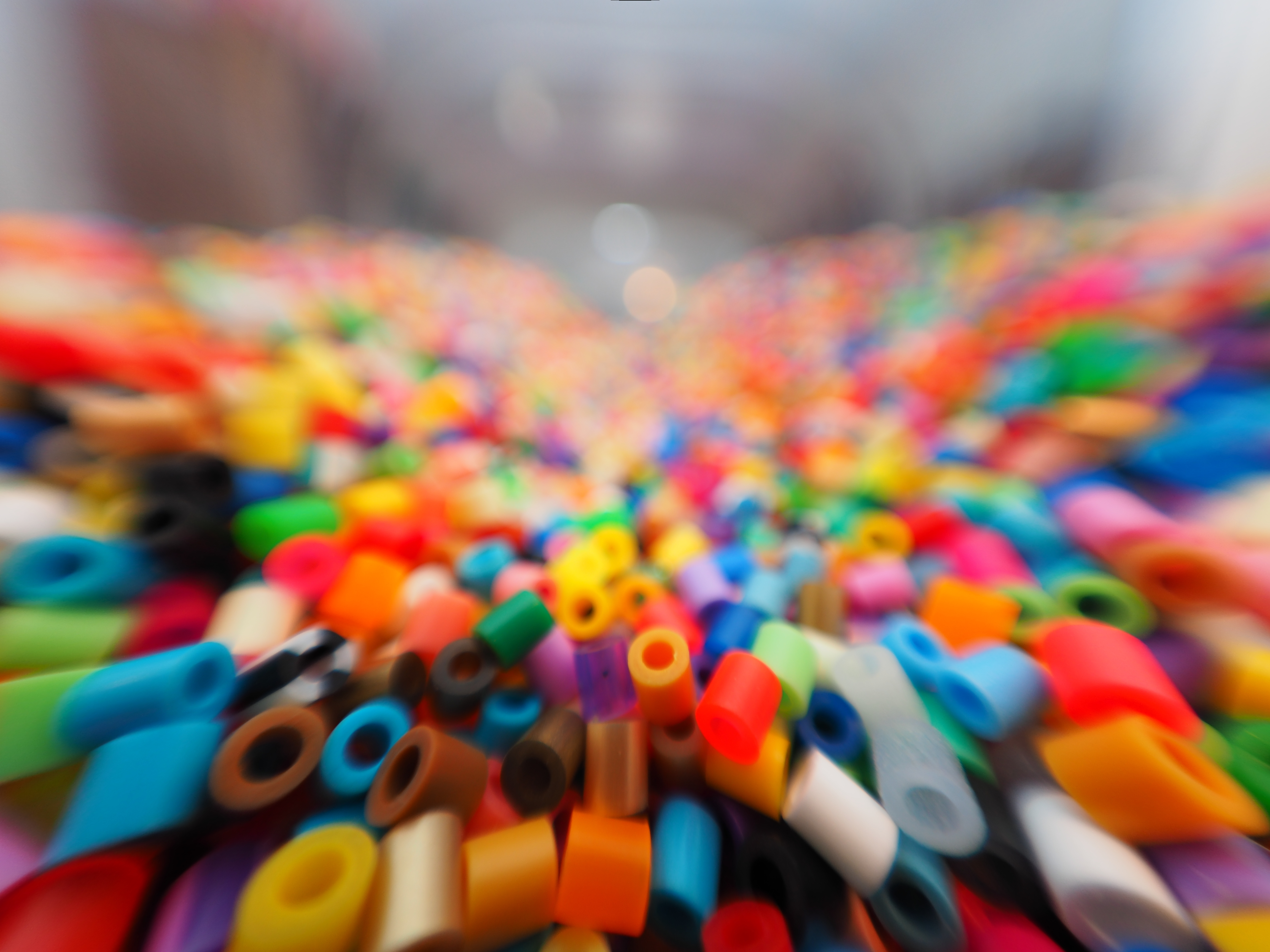 The biggest optical flaw, if any, is some flare depending on the light source. Not much else to complain about in this department.

In my shooting experience I did notice the AF hunting a bit at fast apertures, particularly with no human faces around to lock on. This reminded of some macro lenses and I guess it makes sense considering the minimum focusing distance of this fisheye lens.

The bulbous front lens element and the short built-in lens hood makes it easy to smear finger prints, dust or rain drops on the front end. I don't think that is a design flaw, just a fact of life of using such a lens. Use with greater care. 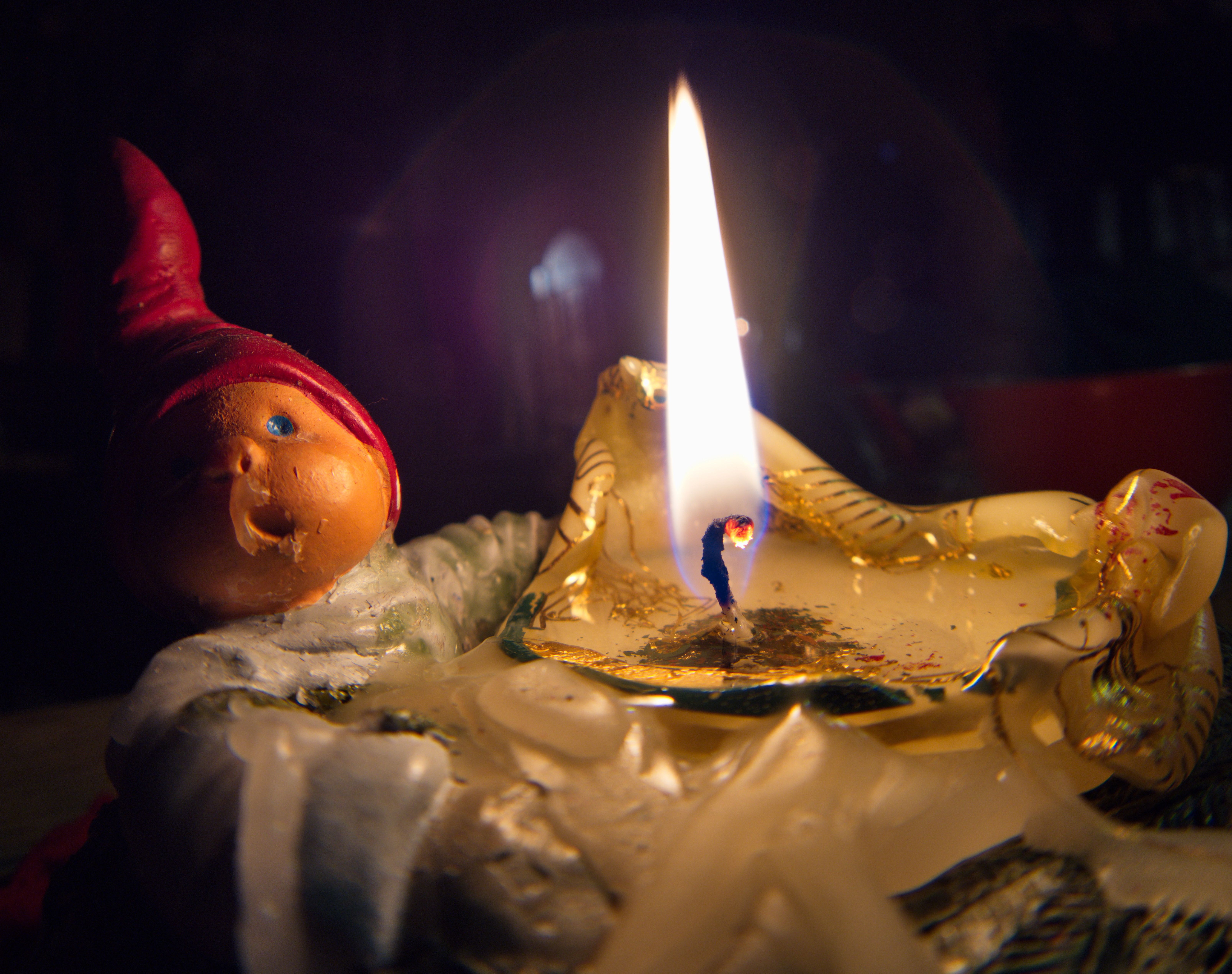 Finally I must admit this product makes me feel a bit greedy in 3 ways. First, you are offered a wide field of view, but I do wish it was 180 degrees instead of the more 140-150 degree it is in reality, even though it would be harder not to be in the frame while shooting. Second and quite paradoxically, I also wish it could allow you to get closer to subjects as even a human head can barely fill the frame already as it is and any closer and you're touching the lens. And third, a bright prime could always be brighter. Not entirely rational wishes, I know, but shooting with and pushing this rather unique lens makes you think of different shooting scenarios you didn't think of before. Often it delivers, but not always.

In the end, this might very well be the most fun lens I've ever laid my hands on. Not the most practical, of course, but there's no other lens where I wanted to try so many different things. The price admission is on the high side, there's no sugar-coating it, especially with so many cheaper options on m43. For novices, I'd recommend going the cheaper route if only to test the waters. For more experienced users, especially those looking for a fast aperture in that type of lens, I'd say it's well worth the dough. Recommended.