D600: A gazillion EV of dynamic range isn't worth squat if your camera won't focus or meter properly Locked

Final straw last weekend with D600.  I had been struggling with strange metering issues.  For example a group shot where the metering jumped 2EV just by the subjects rearranging themselves in the picture.  Or a bright light in the corner of the frame causing the entire scene to be underexposed.

Last weekend I decided to bring the D600 along to some post New Year get-togethers to see if I could get a handle on the metering.  The metering still reared it's ugly head but worse, the thing gave me fits focussing.  It either didn't focus or grabbed focus on something that was completely unexpected.  Just like with smart metering, focussing has got smarter with cameras over the last century.  A century ago I'd expect to battle with a strong vertical line in the background and have to spot focus but now that rarely happens...except with the D600 it happened all the time.

I can't post lots of other examples because the parents prefer not to have their children posted on the web but this one came out so bad it's unrecognizable so it's OK to post.  Ignore the fact that some bonehead forgot to take off the lens hood which cast a shadow with the onboard flash.  The camera refused to focus on the boy in this shot...even though he's perfectly framed and within the focus range of the lens (I checked afterwards because at first I thought that might have been what happened.) 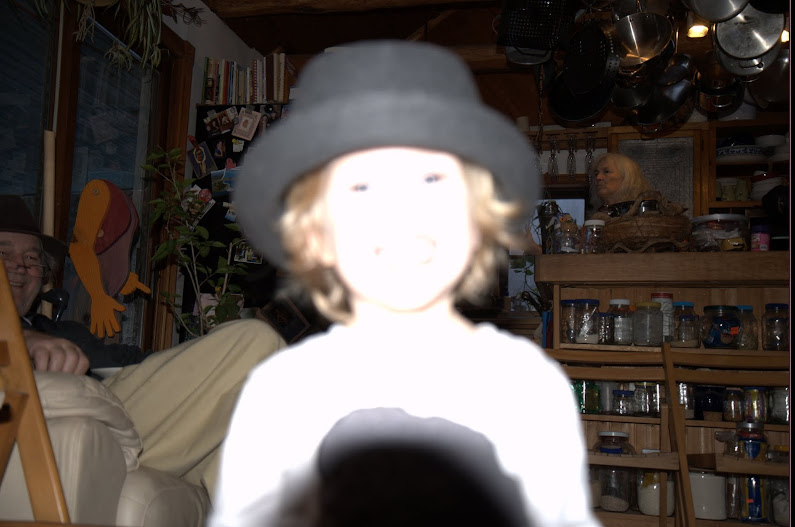 Shot out of focus and blown out (obviously because flash is trying to light background.)

I switched back and forth between LV view and using the viewfinder hoping to have better luck with the camera if it used the actual sensor, but that often just made matters worse (hunted for focus worse in LV mode.)

In another example the subjects were at two different distances against a busy background.  I expected the camera to grab one face or the other (like my other cameras do) but in this case, instead of capturing either subject, or the busy background, it focussed on the forward subjects elbow at the bottom right corner of the screen.

I've come to the conclusion this camera might be great for landscapers or studio portrait photography or any photography where you have plenty of time to monkey with the focus and metering, but for on the fly people captures/snapshots (ie. event/wedding photography), it is a poor choice.  If I didn't mind carrying around the added weight, I'd keep the D600 around just for it's strengths (resolution and dynamic range) but the years of hauling around 30 pounds of camera equipment are in my past.