First clue there was a problem with matrix metering was when I took a picture of my cat against a bright backdrop.  The cat was framed to the right but it's body and head filled 70% of the frame.  The cat was severely underexposed.  I haven't seen this kind of issue with backlighting in years.  All my recent cameras are much "smarter" about such scenarios.

So i tried another test.  I took a picture of a bathroom light.  The light bar consisted of three lights and I aimed at the center one.  Once again, the D600 severely underexposed the scene.  Most of the histogram was on the bottom 10%.

I took the same picture with my 7D, also in matrix mode, and it only slightly underexposed the scene...with the histogram slightly skewed to the left.  I'll post that pic when I get a chance to upload it.  In the meantime, here are the pics from the D600. 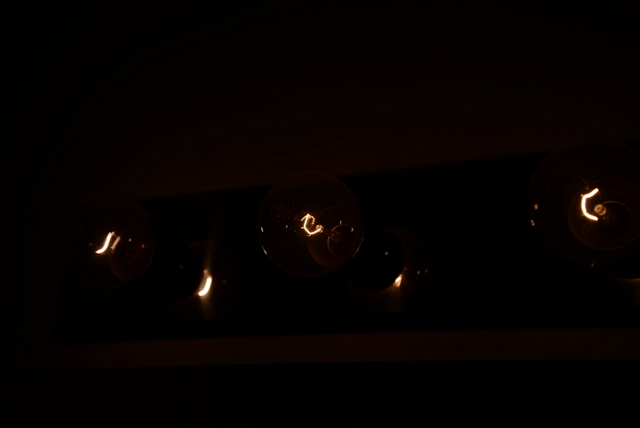 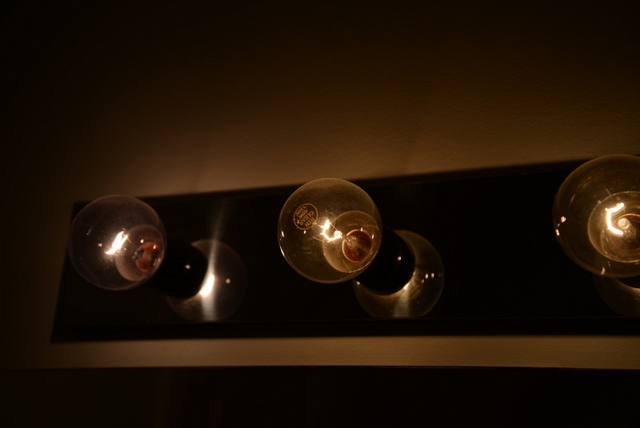 Center weight.  Maybe about right considering it is weighting to the center which is on a light. 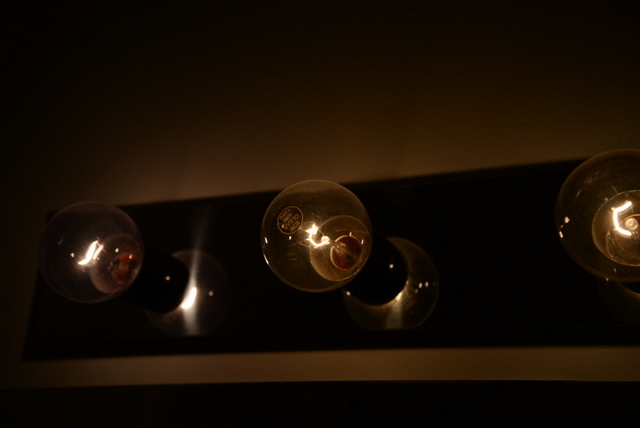 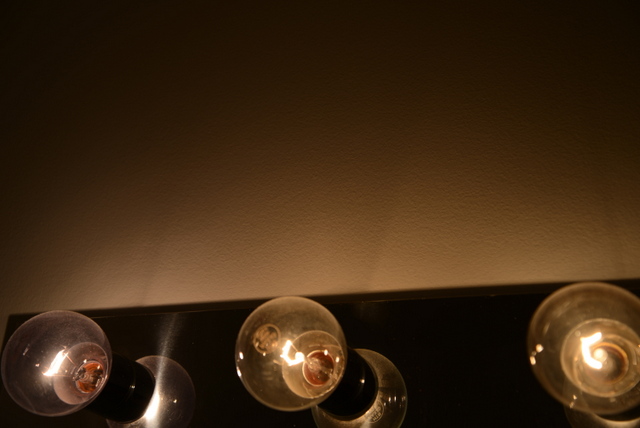 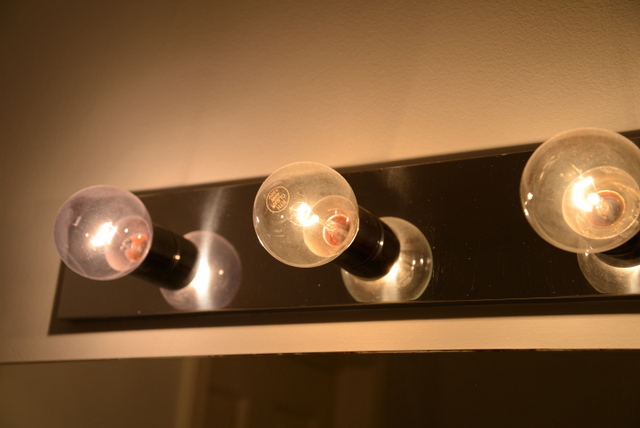 I tried the scene with a couple other contrast detection cameras I had and they exposed the scene perfectly.  Of course, they have the benefit of using the actual image sensor to meter.