I am a long time Canon photographer who recently took a serious look at the a900 and Zeiss zooms. I need and higher pixel count for some jobs, so 5D MK II is the obvious choice. But I badly want to shrink my system (have too many lenses), and even more badly want IBIS (notwithstanding the theoretical advantages of OIS, the practical considerations of IBIS win hands down). So, I went to the Expo with 5D, 24-70 L, and 2 flash cards. I shot the 5D side-by-side with the a900. I had the Sony reps turn of all NR in the a900, and shot both cameras RAW. A quick look at the files out of my converter (RAW Developer) were very disappointing - not for noise, but for blocked shadows. By comparison, the 5D looked like it was shot in broad daylight. Work the last week has made me again long for IBIS, and so I took another look. It turned out that the input profile for the a900 in RAW Developer is terrible. I used a generic input profile, and spent some (not much) time with the input curve - all of a sudden, the output from the 2 cameras had the same range - hmm, getting interesting. I turned off all sharpening, and all NR, and spit out 2 jpegs. I did my best to make this a fair comparison - I used color-temp for white balance, and the same shutter/aperture combinations on both cameras. Crops from them are below. Wow, these cameras are completely different, and so are the lenses. What's immediately apparent is the detail in the Sony files - this is more than resolution difference - its lens/chip. And perhaps some IBIS. I know that some will say that the Canon is OOF - it's not. It's just softer. It could also be the copy of the 24-70 L I have - though I know it's sharp in the center. Yes, there is something wrong with the color saturation of the a900 (this is a result of the generic input profile, no doubt), but lots of detial at ISO 1600, and no patern noise. The 5D doesn't have pattern noise either in this shot (often does in others), but looks very soft by comparison. The chroma noise on the a900 isn't pretty, but with NR on it largely goes away (as with chroma noise on 5D, which isn't pretty either). I wish I had had the 5D MK II to test alongside - I don't know how much better than the 5D it would be, but I suspect considerably.

Why compare the a900 to 5D? Because the 5D is very good in low light (except focusing, which is better on a900), and the a900 has rep of not being good in low light. For my purposes, a900 would work (especially since low-light work would be delivered at 5D resolution, in which case the files have much more detail). It would be about the same price for me to sell all my Canon gear and replace it with Sony as it would be for me to upgrade to 5D MK II. Big hassle, though. Any who have made this switch and regret it, or love it. Many thanks for any information. 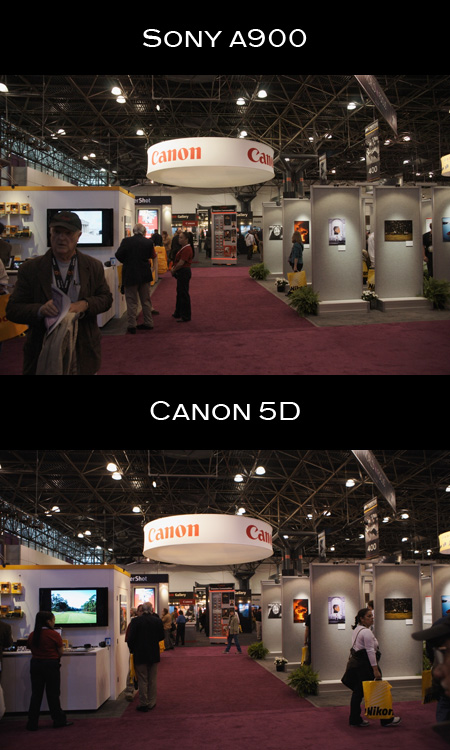 ISO 1600, center, no sharpening, NR off, RAW developer to jpg 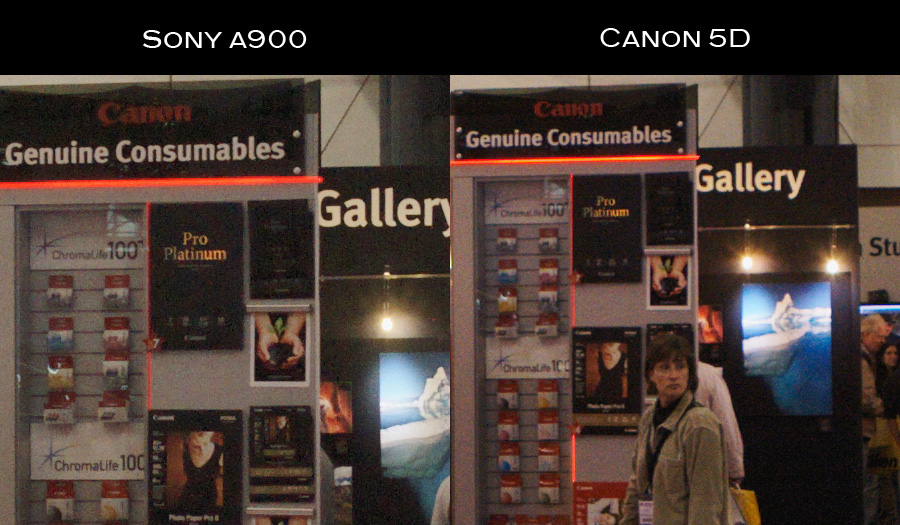 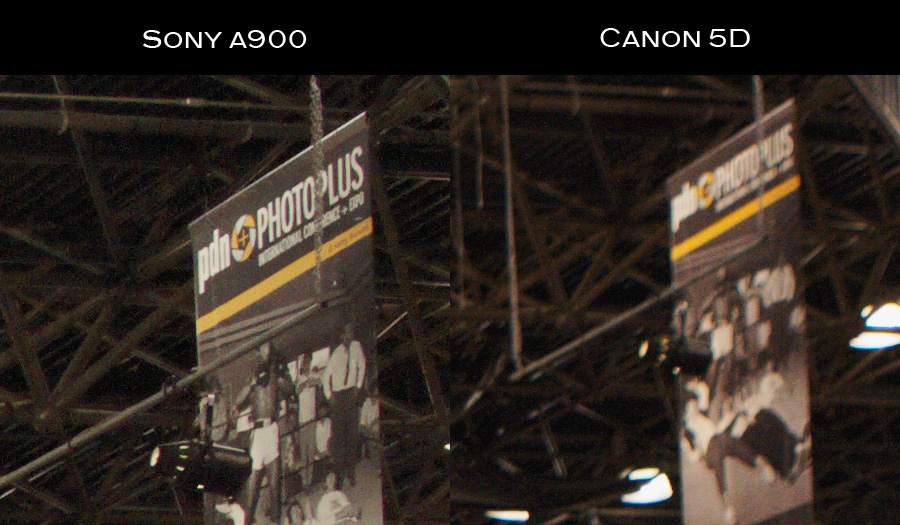 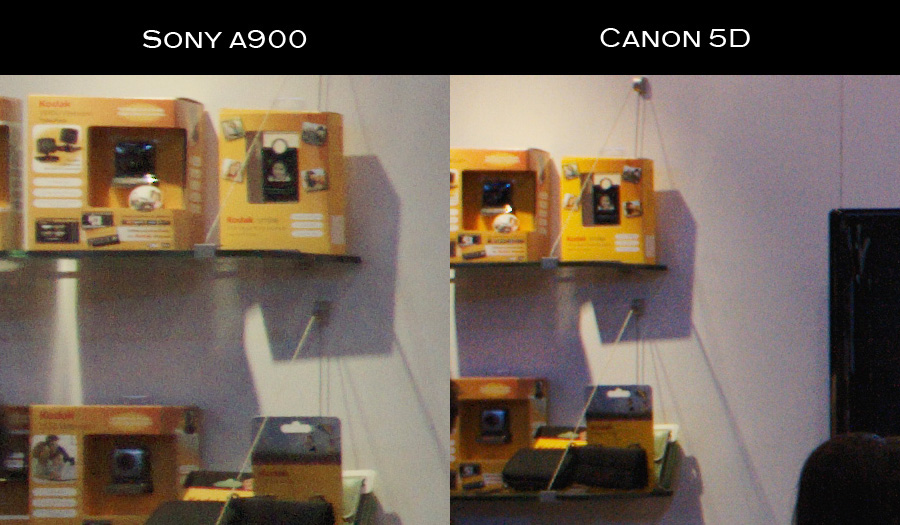