It is with great sadness and regret that I announce the death of Dick Merrill after a long illness early this morning, October 17. My thoughts go out to Seng.

Dick Merrill brought to the table many of the ideas behind the X3 imager, which he co-invented with Dick Lyon, who was able to see a concept among many of Dick Merrill's patents. Together with Dick Lyon and Carver Mead, Dick Merrill was one of the founders of Foveon. In 2005, these three were awarded the Progress Medal for this work by the Royal Photographic Society of Great Britain.

Dick was a warm and wonderful person and someone who took great pleasure in his passion and the photographic images it provided. In many ways, he was the spirit within Foveon and, before that, Nat Semi.

I personally am exceptionally grateful to him and Dick Lyon. Their invention has rejuvenated my own joy in photography, and, from the literally hundreds of e-mails I have received in the last five years where others expressed similar sentiments, I am not alone.

His legacy is certainly the device that captures the light we see in our Sigma cameras. Part of it is also the wonderful work Seng has shown after years of schlepping his gear about. And it is also his own work, which he quietly gathered over the years and presented for all to see on Pbase under another name. It is worthwhile to tour his gallery not only for inspiration but also for the history of this imager.

Seng has asked that any donations in his name be made to one of three charities: the Red Cross, the Humane Society, or Pathways (youth and family services http://www.pathway.org ). Services will be held in Woodstock, Vermont, at some point in the near future.

Digital has become an excuse for people, who either feel what they've got isn't enough or don't know what they're doing.
Ridley Scott 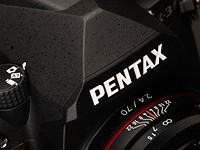