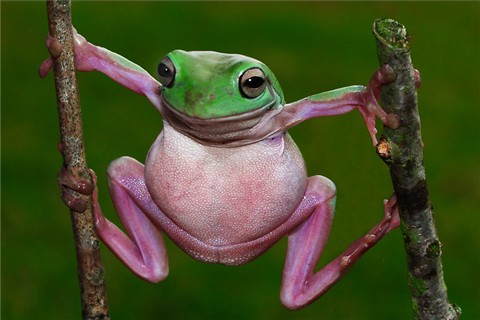 Back in September 2006, I received an email from Next Advertising in Romania wanting to use this photo for billboards and flyers for a phone company. At first I thought it was someone who just wanted to steal the photo. It turned out to be legit and $4116.00 later (for a non-exclusive contract of course), Carlos the Frog was on display in Poland. Carlos is actually a rather famous frog (#13 image all-time on photoSIG) and I got a couple emails from people telling me that my photo was stolen.
Complain
Keyboard shortcuts:
p previous n next c challenge f full size r retract vote # vote

I remember when you first posted this on PhotoSIG. It's been one of those rare images that has stuck in my mind ever since first seeing it. It's a source of inspiration for me. Thanks for posting it here.

Simply AWESOME shot! I love it!

I would like to thank everyone for their kind comments and I am glad that Carlos has brought a smile into your life as he has done for many others.
:)
Charles

What a beautiful shot! It put a smile on my face and gives me the inspiration to work harder.

I came in 2nd in the contest and I certainly can not complain when an image like this beats me. I would have voted for yours too. It makes me want to work harder.
Congratulations! Well Deserved!

I entered this contest, but I would vote your image as tops. I've seen it a lot, and with good reason. Really, just a perfect capture.