SanDisk to supply Kodak for 265 Pro

A removable, reusable 64MB CF card, which will serve as the film in the DC265 digital camera, will be included with the sale of every Kodak 265 system. This is the industry's highest capacity CF card included as a standard accessory with a digital camera at the time of sale. The new Kodak system includes the 1.6-megapixel DC265 digital camera, a SanDisk-produced 64MB CompactFlash card carrying the Kodak Picture Card label, a comprehensive collection of interactive imaging software for both Macintosh and Windows platforms, a Kaidan custom panoramic tripod head and an interactive imaging software script.

Nelson Chan, SanDisk vice president of marketing, said, "Webmasters and others involved in immersive and interactive imaging applications, as well as everyday consumers, are buying new higher resolution cameras such as the Kodak DC265 in part because of their higher capacity CF flash memory cards so they can capture more images per card. The storage capacity of CompactFlash cards being shipped with digital cameras is rising quickly as just a year or two ago, most digital cameras shipped with only 2 and 4MB CF cards. Kodak is a major user of the CompactFlash card format and now has introduced more than 10 cameras that rely on SanDisk CF as their digital film."

"With the ever-increasing capabilities and speed of digital cameras, and the growth of interactive imaging contents on the Web, our professional customers are constantly in need of more storage space and capture capability," said Jukka Ropponen, director of Worldwide Operations, Solutions and Services, Kodak Professional.

"The new 64MB CF cards from SanDisk were a natural choice for our new Kodak Professional DC 265 Interactive Imaging Systems based on those realities. SanDisk's CompactFlash cards have an excellent reputation for their high reliability, compatibility, ease of use and high capacity."

A SanDisk-produced 64MB CompactFlash card also will be included with the sale of each Kodak Professional 260/265 Web Imaging Kit. The kit includes the same components, except for a camera, as the imaging system. The 265 system and kit enable Web designers, photographers, multimedia professionals, advanced amateurs and others to create interactive panoramic digital images without any significant training or integration processes.

SanDisk-branded CompactFlash cards, ranging in capacity between 4 and 96MB, are available at more than 7,000 stores worldwide as well as through an extensive worldwide industrial distribution channel. 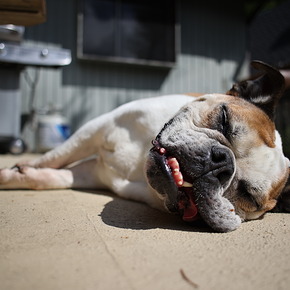 Does image stabilization really make a difference in my images?

What are the benefits of shooting video with a mirrorless camera?