Sony today revealed its latest move in the megapixel battle, the seven megapixel Cybershot DSC-P150. This new camera is essentially a DSC-P100 with a new seven megapixel 1/1.8" Type CCD, it has the same three times optical zoom lens, body design and feature set. The DSC-P150 is due to go on sale in September for around US$499. This is no doubt the first of what will be several seven megapixel digital cameras to be announced by various manufacturers during the upcoming Photokina trade show.

SAN DIEGO , July 20, 2004 – Sony’s new Cyber-shot ® DSC-P150 is the world’s first compact point-and-shoot digital camera in the marketplace loaded with 7.2 megapixels, putting breathtaking, near-professional-quality photos in your shirt pocket or handbag. It will be available in September for less than $500.

The P150 has also been empowered with Sony’s own recently introduced Real Imaging Processor™ circuitry that ensures fast start-up and shot-to-shot times, and puts extra speed and performance behind automatic features such as auto focus and auto exposure. That means you’ll never miss that one-in-a-million shot because the camera is always ready to take great pictures.

Compact in Size and Feature-Filled

The Cyber-shot P150 digital camera is equipped with features typically found only on more full-sized cameras. At just 1 inch thin, it’s easy to hold, use, and carry with you in your pocket or purse.

The P150 also has a bird-like appetite when it comes to consuming battery power. With up to 310 shots per charge of the InfoLithium™ battery the Cyber-shot P150 lets you snap away and preview images on the 1.8-inch LCD screen without fear of running down the charge.

Beyond the easy point-and-shoot features, the Cyber-shot P150 also has manual flash and exposure settings, and nine preset scene modes such as twilight, landscape, snow, beach and fireworks, letting the user quickly select the best setting based on shooting conditions.

With the optional Cyber-shot Marine Pack (MPK-PHB), the Cyber-shot P150 becomes an underwater camera with water resistance to a depth of up to 132 feet. For those who want greater flexibility, the P150 can be used with optional telephoto and wide-angle conversion lenses.

Finally there's a better place to put your digital camera other than a desk or table drawer. Fitting in next to a TV or PC, the new Cyber-shot Station CSS-PHA camera accessory, available now for about $80, accommodates the Cyber-shot DSC-P150 camera for playing back slideshows on a TV or transferring images to your PC while charging the camera's batteries.

The bundled infrared remote controller intelligently commands the docked camera via the Cyber-shot Station to toggle between captured videos and still pictures. And when connected to a PictBridge ™ -compatible printer such as Sony’s PictureStation ® DPP-EX50 digital photo printer, printing a specific image is as easy as a press of the remote controller's button. 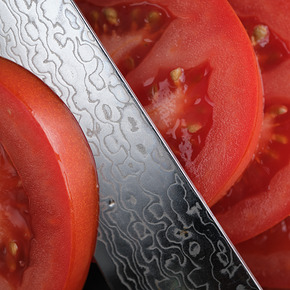 For many film photographers, a light meter is a critical part of their kit. Swiss company VEEB has designed a Raspberry Pi-powered light meter that costs less than $50, much more affordable than most other light meters.

Nearly ten years after the first VideoMicro hit the market, Røde is back with a new and improved version.

DPReview TV: We react to our 2022 predictions

Chris and Jordan had plenty of predictions for the photo/video world in 2022, did any of them pan out?

The TG-BT1 has a built-in 'T/W' zoom rocker as well as triggers for both stills and video shooting. It uses built-in Bluetooth to wirelessly control select X Series cameras and has a tilting head for adjusting the angle of the camera.

Reikan FoCal is now available on mobile devices: Autofocus calibration on the go

Reikan FoCal has provided photographers ways to calibrate and check their Canon and Nikon cameras on desktops for a decade. Reikan has now announced FoCal Mobile, allowing users to test and calibrate autofocus for their cameras and lenses using a smartphone or tablet.

Best cameras for videographers in 2022

Season of Light: Plan your long exposures this winter with one simple process

We're entering the dark part of the year, when light can be hard to come by. With that in mind, photographer Gim Liu presents a long exposure technique you can use to plan shots without the sun.

Nov 19, 2022223video
Tips or suggestions? Contact us!
More articles »
www.dpreview.com
Follow us
Mobile site
About
Editorial content
Cameras & Lenses
Community
All content, design, and layout are Copyright © 1998–2022 Digital Photography Review All Rights Reserved.
Reproduction in whole or part in any form or medium without specific written permission is prohibited.